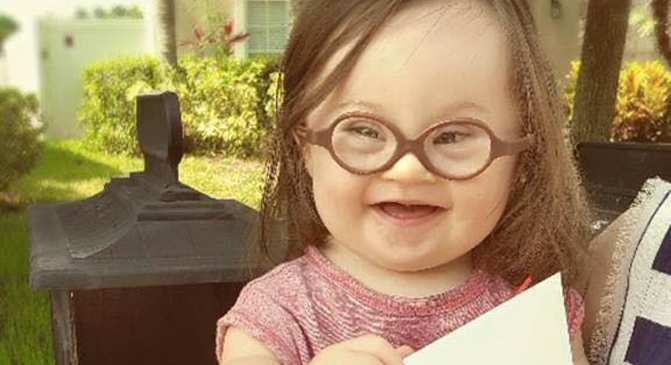 Courtney Baker was terrified when she went to a specialist during her pregnancy to confirm that her preborn daughter had Down syndrome, but those fears turned to sadness and anger as she listened to the doctor advise her to abort the baby girl she had already named.

Baker refused abortion. After her daughter’s birth, she sent a letter to the doctor and shared that letter with the world online.

In the heartfelt letter, Baker told the doctor:

From that first visit, we dreaded our appointments. The most difficult time in my life was made nearly unbearable because you never told me the truth.

My child was perfect.

The doctor told Baker that the family’s quality of life would be diminished by a child with Down syndrome, and even after Baker said no to abortion, the doctor continued to put the pressure on her to abort — but Baker never gave in. Emersyn Baker and her mom. Photo courtesy of ParkerMyles.com.

Emersyn is now 15 months old and is a joy to her parents and family. In the letter, Baker tells the doctor:

Baker goes on to say that Emersyn has given her a purpose and an overwhelming sense of joy. She says her daughter has “opened our eyes to true beauty and pure love” and “touched the hearts of thousands.” Emersyn and her big sisters. Photo courtesy of ParkerMyles.com

Emersyn has two big sisters who adore her, Evynn and Rhyan. They were initially scared after the diagnosis came, but Baker told ParkerMyles.com:

The girls both said that at soon as they met her they fell in love. And it was obvious. A lot of healing happened at that moment. We never looked back to the fear and sadness, it’s been onward in the smiles and joy. Rhyan is the calm, quiet, motherly refuge for Emmy. Evynn is the wild, fun, cracking up laughter for her. They are a perfect trio.

What concerns Baker the most is that other mothers are being told they should abort their children with Down syndrome as well. She is saddened to know that so many doctors refuse to offer hope to parents facing a prenatal diagnosis such as Down syndrome. Baker says she prays that her former doctor experiences a change of heart and begins to view preborn children, especially those with Down syndrome, with “true beauty and pure love with every sonogram.” 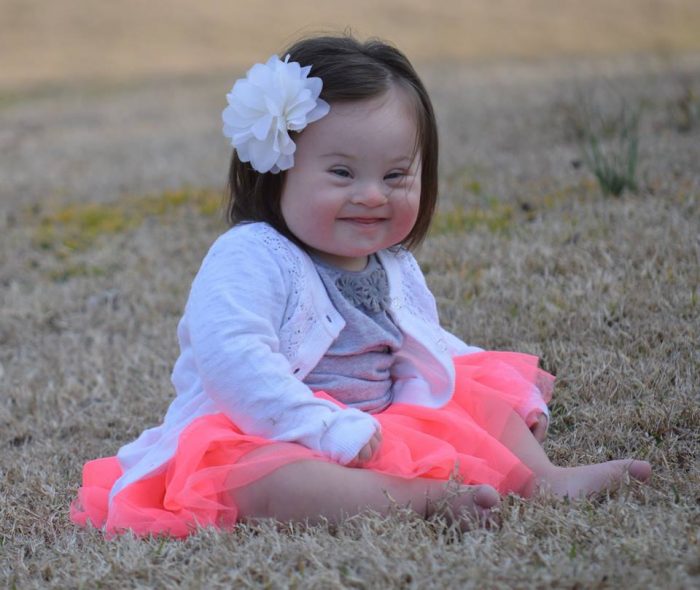 Pro-abortion groups like Planned Parenthood work overtime to stop the pro-life efforts to ban abortion after 20 weeks gestation, because they believe that children like Emersyn shouldn’t be born. Planned Parenthood even went so far as to sue over a bill that banned abortion based on a Down syndrome diagnosis. Aborting because of a disability is discrimination, and Planned Parenthood and other pro-abortion businesses are more than happy to partake in that prejudice.