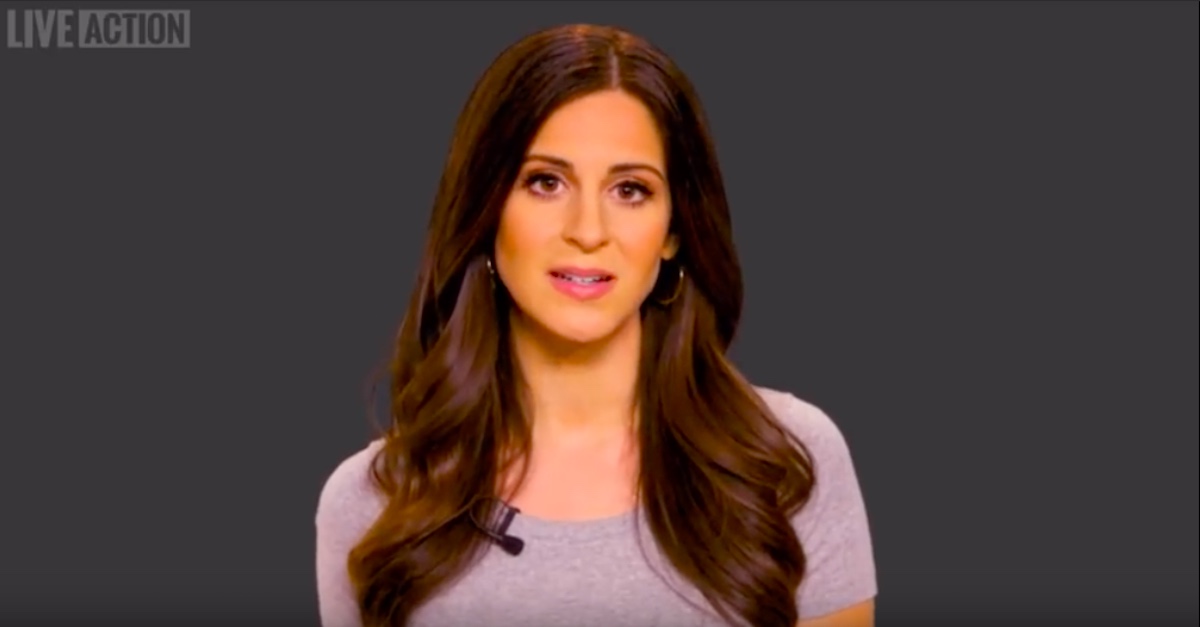 In case you missed it, Live Action’s newest series, “Pro-Life Replies to Pro-Abortion Arguments” has been changing hearts and minds since its launch in mid-May, with the first 10 videos garnering more than 15 million total views. Here’s a recap of these powerful videos below. You can also find them all here.

Featuring Kirsten Watson, wife of NFL star Benjamin Watson, this video dismantles the bodily autonomy argument for abortion and points out how the “my body, my choice” mantra leaves out the entire reason the pro-life movement exists: the life of another human being who exists in the womb.

#2: No One Knows When Life Begins

In this video, molecular geneticist Dr. Tara Sander Lee discusses the science of embryology, showing that the human being growing and developing in the womb is indeed alive, and has been since the moment of fertilization:

Live Action president and founder Lila Rose examines the frequently heard claim, “I’m pro-life, but I can’t tell someone else what they can or can’t do with their body.” But the question is, does abortion take the life of an innocent human? If it does, then we should always oppose it.

Philosophy professor Dr. Christopher Kaczor examines what happens when personhood is based on arbitrary factors — including size, level of development, environment, and dependency. To say that all human beings are persons is the consistent way to go and ensures human rights for all.

Steven Mosher of the Population Research Institute takes on the argument that claims abortion is necessary to prevent Earth’s overpopulation. Is the world actually facing an overpopulation crisis? And if it is, is killing human beings in the womb a moral way to address this?

#6: Women Will Die From Illegal Abortions

Many pro-abortion advocates claim that abortion must remain legal so that women don’t die from dangerous back alley abortions. But this isn’t based in fact. Dr. Kathi Aultman, a former abortionist, dismantles this argument.

#7: Abortion in Cases of Rape

Is abortion justified in cases in which the woman becomes pregnant from a violent sexual assault? Stephanie Reynolds, who was conceived in rape, discusses why this often-claimed “exception” to abortion laws shouldn’t be an exception at all. Abortion does not erase rape, and further perpetrates injustice against an innocent human being.

Neonatologist Dr. Kendra Kolb confronts the idea that babies who are diagnosed with serious and life-threatening conditions in the womb should be aborted. Usually, this argument is put forth as a “merciful” option for both parents and children. But as Dr. Kolb points out, there are better, more dignified and life-affirming options.

#9: Babies with Disabilities Are Better Off Aborted

Dr. Karen Gaffney is a champion swimmer. She also has Down syndrome. In this video, she discusses why babies with disabilities are not better off aborted. People with disabilities deserve the chance, as she says, to live “a full and inclusive life.”

#10: Abortion Can Be Medically Necessary

In this video we hear again from neonatologist Dr. Kendra Kolb, who says that while pro-abortion advocates claim abortion is sometimes necessary to protect the life or health of the mother, this is not true. It is never necessary to deliberately kill a human being in utero to help the mother. Dr. Kolb explains:

As these videos are shared, minds are changed, and pro-lifers are further equipped to effectively defend the pro-life position. Future videos will be added to this series addressing other common pro-abortion arguments.