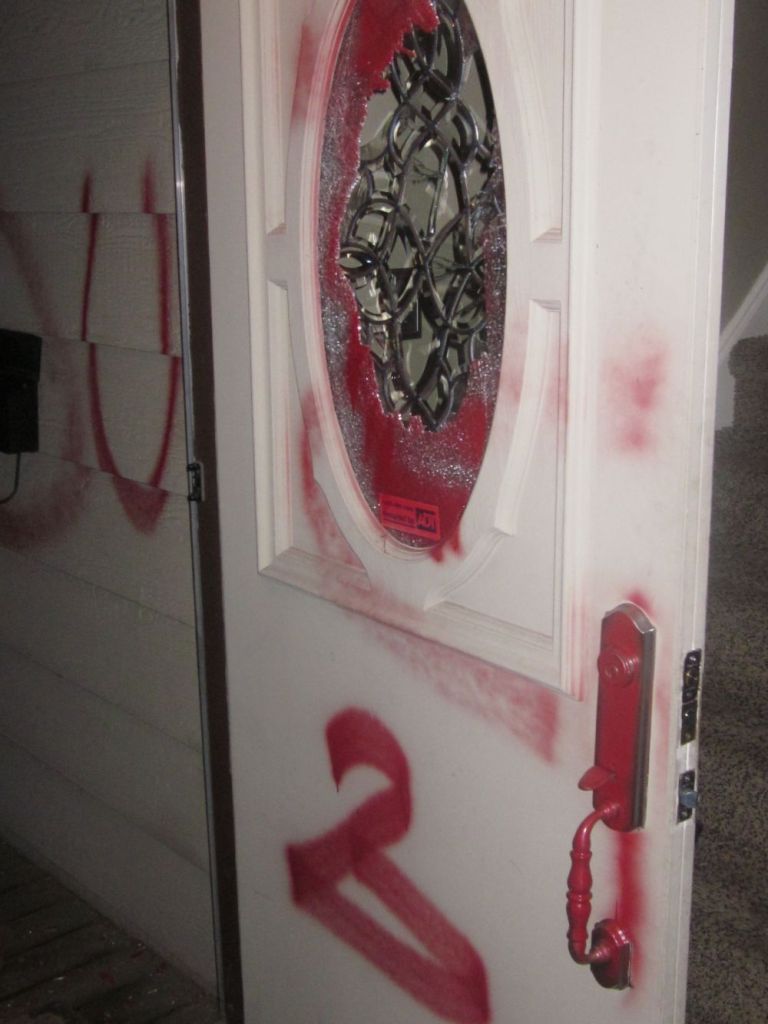 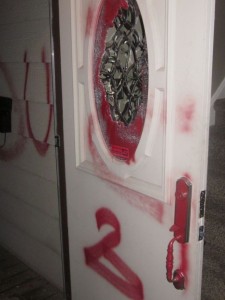 Today, Personhood USA revealed that its president and its communications director, Keith and Jennifer Mason, had their home violently attacked and vandalized by abortion supporters in the last week.

On June 25, Newsweek and The Daily Beast published an article featuring the Masons and their work in the pro-life movement.  The article detailed how the message of personhood is being spread by the Masons’ organization, Personhood USA, and how the nation is hearing a bold message of life through their work.

Personhood USA released the details of the attack on the Masons’ home:

In the middle of the night, a large rock was heaved through the double-paned glass of their front door, scattering glass throughout their living room and across the front porch, covering their children’s toys and items for the new baby.  The pro-abortion criminals also spray painted coat hangers and vulgarity in large letters on the front and sides of their house.

According to Personhood USA, readers of The Daily Beast began to make comments that included threats of violence against the Masons. (Comments on The Daily Beast are now closed, and the public is unable to view them. There were a total of 691 comments.) Unfortunately, one reader found the Masons’ home address and posted it in the comment section, in the midst of the violent threats. Personhood USA believes that this is how the attacker located the Masons’ residence.

Though the Newsweek article opens by discussing the upcoming birth of the Masons’ fourth child in August, and though the photo of the couple clearly shows a pregnant Jennifer, the attacker had no qualms about acting in a violent way that put children at risk.

“The article does state that we have three small children, and that my wife is due to deliver our fourth child very soon,” explained Keith Mason, President of Personhood USA. “It is shocking to consider that someone would be so cruel and heartless to attack a home with a pregnant woman and small children inside.  Apparently, the pro-choice crowd has no more compassion for born children than they do for the preborn.” 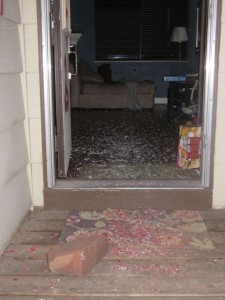 Glass, shattered all over

Though many abortion supporters claim to care about born children, this abortion supporter showed no care at all for the Masons’ born children – presumably only because their parents are pro-life. Caring only about children whose parents agree with a certain view is a chilling standard for society. Pro-choice groups and people should condemn the violence committed against the Masons.

Clearly, abortion supporters have their own share of violent attackers, and their movement ought to quickly denounce these unacceptable actions.