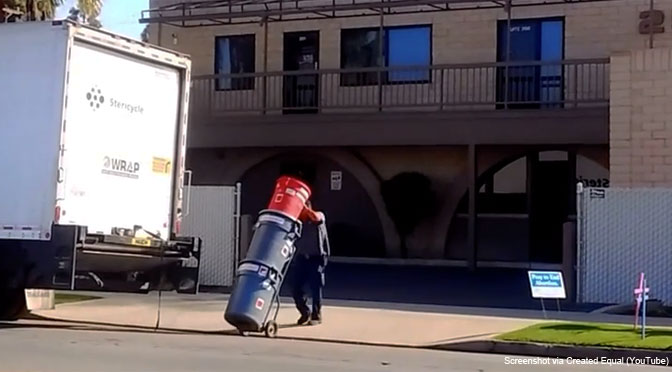 A lawsuit for a temporary restraining order (TRO) from the waste disposal company infamous for hauling off Planned Parenthood’s aborted baby parts was rejected Monday in an Illinois court. Stericyle had filed for a TRO against pro-life group Created Equal after the group created its #ProjectWeakLink campaign in which Created Equal issued information to encourage people to contact Stericyle. Prior to the suit, Created Equal’s executive director Mark Harrington said the TRO was “intended to stifle their message that Stericycle is ‘enabling’ abortion giant Planned Parenthood to continue profiting by taking advantage of women and their preborn children.”

Stericycle has taken objection to Created Equal’s Project Weak Link initiative, which takes its cue from an abortionist’s published statement that they are “one incineration company away from being closed.” The Ohio Attorney General investigation of Planned Parenthood confirmed that the nation’s largest abortion provider depends on Stericycle for disposal of aborted fetuses.  Created Equal distributes informational literature that encourages the public to express their objections to Stericycle for its role enabling Planned Parenthood to continue performing abortions.

The Supreme Court of the United States, in a case strikingly similar to this one, said that nobody has the right to be ‘free from public criticism of his business practices in pamphlets or leaflets. The irreparable harm of losing the ability to practice free speech for even minimal periods of time outweighs Stericycle’s theoretical potential business reputational harm, both in the immediacy of a temporary restraining order and in the future.

And the judge agreed. Additionally, the campaign against Stericyle has already been shown to be based on fact, as Created Equal notes:

Free speech remains alive and well in a courtroom where the biggest transporters of those who are no longer alive and well tried to halt pro-lifers’ free speech. And Created Equal will continue to fight vocally for those who cannot speak for themselves.