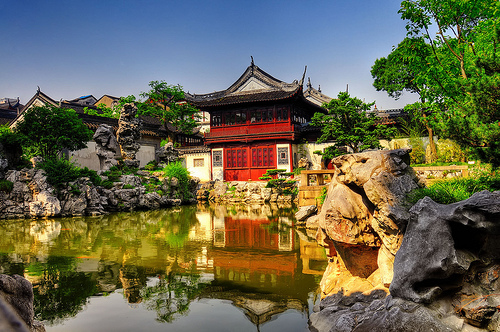 Not exactly a subtle approach from the Chinese government.

She was a journalist for Al Jazeera English, and she wasn’t afraid to expose the Chinese government. But today Melissa Chan can no longer be in China. She was expelled from China earlier this week when the government would not renew her visa. The last time China expelled a journalist was in 1998.

The last post from Ms. Chan on the Al Jazeera Blog showed a video of her exposing the “black jails” in China. She brought a video camera into one of these jails after a lady contacted her, telling her that her daughter had been taken after she wanted to present evidence to the government about her forced sterilization after violating the one-child policy.

She also covered a story in 2010 where a woman eight months pregnant was forced to have an abortion. Mrs. Chan arrived after the baby had been killed but before it was removed from its mother’s womb. According to the father:

My wife was eight months pregnant!  I had an ultrasound report.  That showed the baby was very much alive.  So I ran home to get that report.  Then called my wife, but she wouldn’t pick up.  I knew something was wrong and rushed back to her.  There were many people surrounding my wife.  They held her arms behind her back.  Held her head against the wall, kicked her stomach.  I don’t know if they were trying to give her a miscarriage right there and then.  Her arms, legs, neck – were all injured.  I was so angry.  I told them, “We haven’t had the chance to even talk about a solution.  How can you beat her?!”  For the rest of that day, I had no news of my wife.  At around 5 o’clock in the evening, I received word my wife had been forced to receive this injection.  It was only after the lethal injection that they let my wife call me.  By the time I rushed… the men had all left.

He then had to tell his daughter that she would no longer have a brother.

It is stories like these that China doesn’t want the rest of the world to hear. And they will take steps to silence those who speak out against the injustice.

In a question-and-answer session, Chinese Foreign Ministry spokesman Hong Lei spoke of the importance of following the rules when reporting from China, “I have stressed that China welcomes foreign journalists to report in China and we have also provided convenience to foreign journalists in reporting objectively in China. … At the same time I want to stress that foreign journalists should abide by Chinese laws and regulations while reporting in China.” Hong Lei refused to provide any substantive reason for the government’s refusal to renew Ms. Chan’s visa.

Curiously, the Chinese government did not include the questions and answers regarding Ms. Chan in its publication of the briefing.

Today, the Foreign Ministry’s own website, which usually carries a transcript of each daily briefing seems to have expunged Ms Chan’s case from the official record. There is no English transcript, just a Chinese one, and that makes no mention of any of the questions about her. Only the four other questions are recorded. The video story on the Chinese page is about the Philippines.

So China’s government is in the bizarre position of having censored itself.