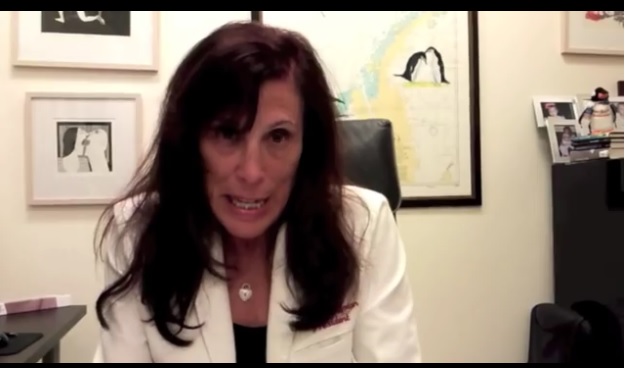 An article published by a New York media outlet has indicated that a long standing abortion facility owner netted ten million dollars last year. Crain’s New York Business featured abortion facility operator Merle Hoffman, president of Choices Women’s Medical Center in New York. Hoffman’s facility commits abortions up to 24 weeks. A bio about Hoffman reveals that her 2016 revenue was “about $10 million.” A deeper look at Hoffman’s past reveals how tens of thousands of abortions — and her own abortion years ago — have affected her.

In the video below, former abortionist Dr. Anthony Levatino describes the most common abortion committed in the U.S. from 13-24 weeks.

Making a large profit from abortion is not new, however. Planned Parenthood, the nation’s largest tax-funded abortion chain, is known for having abortion “quotas” and throwing pizza parties after its staff commits extra abortions beyond the required number, thus raking in more money for the facility.

ALL found that with an average income of $237,999, these Planned Parenthood CEOs are in the top five percent of all workers in the United States. The group noted that Planned Parenthood’s national spokesperson and president, Cecile Richards, has seen her income explode by a whopping 62 percent, making close to a million dollars a year ($957,952) at the so-called non-profit. Nearly 41% of Planned Parenthood’s budget came from taxpayers in 2015, according to the abortion chain’s own 2015-2016 annual report.

While Planned Parenthood tries to weasel its way out of appearing like the well-funded and well-paying abortion chain it is, Merle Hoffman is honest. Even though it is relatively taboo for anyone in the abortion industry to admit that killing babies is profitable, Hoffman acknowledges that she makes millions.

In a book she published years ago called “Intimate Wars,” Hoffman admitted she was “making money off the movement” and explained that making money from abortion “could be said of every abortion provider.”

In fact, as Hoffman put it, “I was quite pleasantly surprised when I made my first million dollars.”

A 2012 article in The Feminist Press described how Hoffman’s facility, Choices, began, nearly 41 years ago.

The article details how Hoffman teamed up with Dr. Martin Gold to open the Choices abortion facility, writing:

As the cofounder of the Health Insurance Plan of Greater New York (HIP), the first not-for-profit health maintenance organization (HMO) on the east coast, Gold and a colleague approached HIP’s board of directors and proposed to offer abortion services for their subscribers…. A year later, in 1971, Flushing Women’s Medical Center – later renamed Choices Women’s Medical Center – opened its doors.

Although Hoffman opened her first facility in the 1970’s just after New York legalized abortion, Choices shows it was licensed with the state as a corporation in 1985.

In the beginning stages, Hoffman said the abortion facility saw six or seven patients and charged $77.00 per procedure. In 2011, Hoffman admitted to Forbes that her clinic had performed “almost 20,000 abortions a year….” “Now,” she added, “we see about 10,000.”

Hoffman appears to enjoy promoting herself and her so-called accomplishments within the abortion movement on a blog operated in her name. She says she became politically active after passage of the Hyde Amendment, which prohibited most federal tax dollars from funding abortions.

As a result of Hyde, Merle Hoffman began publicly speaking out in favor of abortion.

Co-Founder of the National Abortion Federation

Hoffman writes that within a few months of attending that meeting, she was nominated NNAF’s vice president.

She credits her marketing style of promoting herself as an advocate for women, rather than as someone who does abortions as appealing to some NNAF members. After all, marketing is all in how one presents herself and her business, regardless of what one actually does.

In fact, Hoffman claims she received so much support that instead of VP, she threw her hat into a run for NNAF president, and to her surprise, she won. Within a few months, Hoffman claims, the NAC joined forces with NNAF to become the National Abortion Federation.

“Women Did Know the Truth”

Merle Hoffman has been criticized for openly admitting the humanity of the preborn child.

In “Intimate Wars,” she described the pro-choice movement of that day as choosing to “depersonalize the fetus,” claiming that women knew exactly what abortion was.

This admission that women were very much aware of what they were doing when paying for their abortion was the impetus for controversy because Hoffman contradicted the unscientific claims of the day that the fetus was a “blob of tissue,” a “parasite,” and not human. As the owner of her own abortion facility, Hoffman knew otherwise, and it conflicted her. However, she still inaccurately stated that the life inside the womb, while human, was merely “potential.”

But women did know the truth, just as I knew it, deep down, when I allowed myself to recognize it…. At times this really would move me profoundly as I sat opposite the women I counseled prior to their abortions, acutely aware of the potential lives growing inside them that would soon cease to exist. I began to think critically, to come to terms with what was going on. Each time I did that I came out of the process more committed than before. I had no conception, either religious or philosophical that “life was sacred.”

If the women going to Hoffman were aware that she does not believe life is sacred — i.e., that human life inherently has value — perhaps they would be less likely to trust her with their own lives.

Hoffman has been a controversial figure in the abortion movement for years, as Salon pointed out in 2012:

Interestingly, although the standard pro-choice line is essentially to let the woman define the embryo or fetus for herself, Hoffman has a more controversial stance: “In the beginning they were calling it a baby. We were saying it was only blood and tissue. Let’s agree this is a life form, a potential life; you’re terminating it. You don’t have to argue that abortion stops a beating heart. It does.” She adds, “I can’t say it’s just like an appendectomy. It isn’t. It’s a very powerful and loaded decision.”

What I saw a running through those vacuum tubes when I first started my work was only blood and tissue, unformed and messy. It was easy to imagine the fetus as a bunch of cells that one could define as one wished.

But even in the beginning I had an inkling that this mentality was the easy way out, that it didn’t go far enough to do justice to the experience of abortion.

In its 2012 interview with Hoffman, Forbes referred to the abortion clinic operator as a “Millionaire Abortionist” and a “capitalist,” and asked Hoffman why she was receiving criticism from other feminists for making a profit performing abortions:

There are many feminists who feel–and not all, but many—that a real feminist has to be a socialist. I have been accused of “making money off of the movement.”

… I’m not apologetic that I have an entrepreneurial spirit. I have created Choices and have made a profit. …

And people may say “abortion is your business,” but I say no. Women’s lives are my business. If I do well, like any business, it’s because more people want to come to me.

In the video below, Merle Hoffman claims that her power and money are simply the result of the fact that so many “people wanted to use my services, so I see no problem with that at all.” She disagrees with abortionists and facility owners who want to downplay the money that goes hand-in-hand with ending the lives of children: “It’s always this apologetic, ‘I don’t deserve the money,’ ‘I don’t deserve the power.'”

Exactly what does Hoffman do with all that money and power?

According to “Intimate Wars”:

Money has given me the power to support political campaigns and donate to worthy causes. In the nineties I spent half a million dollars every year publishing On the Issues and started a 501(c)3 called the Diana Foundation so that I could donate to feminist groups and individual radicals that had no access to institutional funds. I donated to the campaigns of pro-choice politicians like Schumer and Hevesi, and of course paid for political actions put on by the PCC.

Hoffman claimed that Senator Schumer was a “very strong supporter of mine.”

The Millionaire Has an Abortion:

Merle Hoffman once admitted in a speech before the Abortion Care Network that the act of abortion “is about power” where women were “exercising the right of fetal existence.”

Yet, of her own abortion, Hoffman explained how she referred to her baby as “female” with whom she had a “shared connection.” In a reading from her book, Hoffman admitted that she wrote in her diary, “For one night, I am a mother,” adding that her abortion gave her both “relief and sadness.”

She described to attendees at the Abortion Care Network conference how she felt as she made the decision, recounting holding her stomach and saying, “Sorry little one, it’s just not time.”