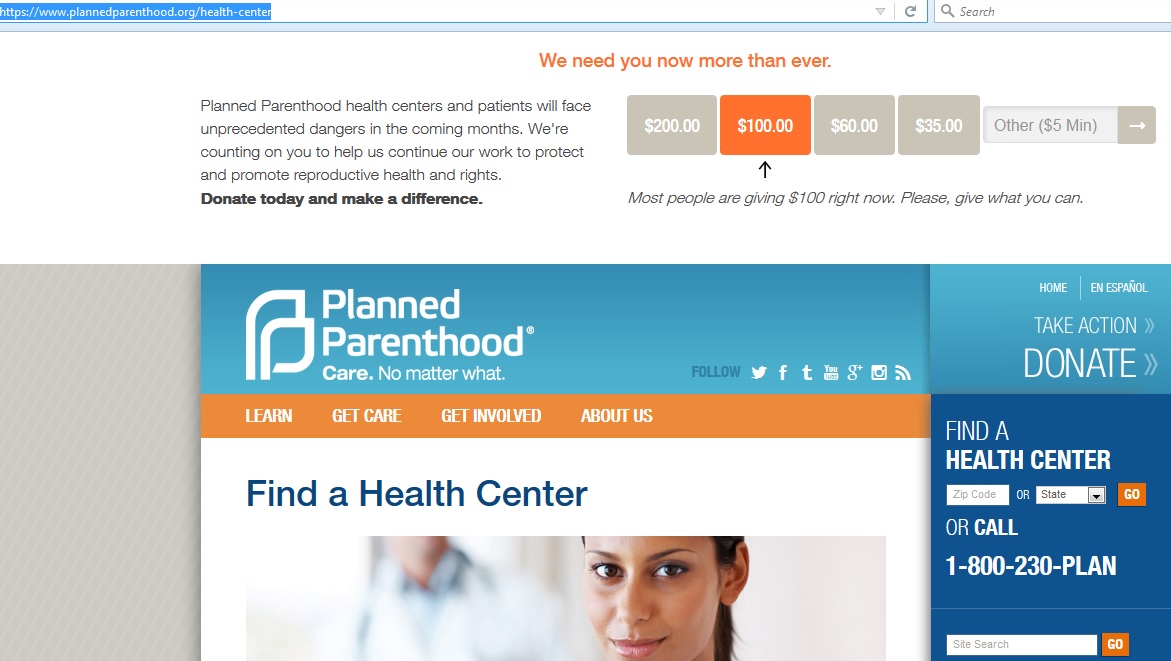 In a frenzy for funds, Planned Parenthood appears to be cashing in on the panic women who visit their website are experiencing over the thought of losing their birth control and access to abortion.  As I have previously noted, the media is reporting an alleged surge in Planned Parenthood donations from supporters outraged that Donald Trump has been elected President. A Live Action News colleague pointed out that this sudden rush to throw money at the abortion chain may not be as spontaneous as the media wants us to believe — and I agree.

Planned Parenthood CEO Cecile Richards once told NBC that Planned Parenthood could survive the loss of the federal grants, but now that defunding is a possibility, she wants supporters to believe that the organization would go under without these funds. However, a quick look at the organization’s own annual reports reveals that, almost every year since 2000, Planned Parenthood’s revenue has exceeded their expenses — not just by a few dollars, but by tens of millions of dollars (yearly surpluses ranging from $12.2 million in 2001 to a high of $155.5 million in 2010). 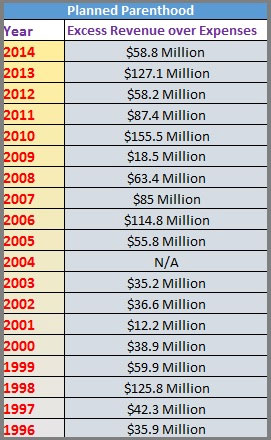 Despite this, the organization still wants American taxpayers to fund them. Never mind that Richards’ salary alone is now nearly $1 million dollars annually, and other top Planned Parenthood executives are granted six digit incomes as well. (It remains to be seen whether Richards will willingly take a pay cut after spending $30 million on Hillary Clinton’s failed presidential bid, to ensure Planned Parenthood’s doors really can “stay open.”) Now, Planned Parenthood is asking for money from everyone who accesses their websites, which would presumably include the lower-income women they claim to serve.

One click under “find a health center,” and visitors see a request for donations, stating that “most people are giving $100 right now.” 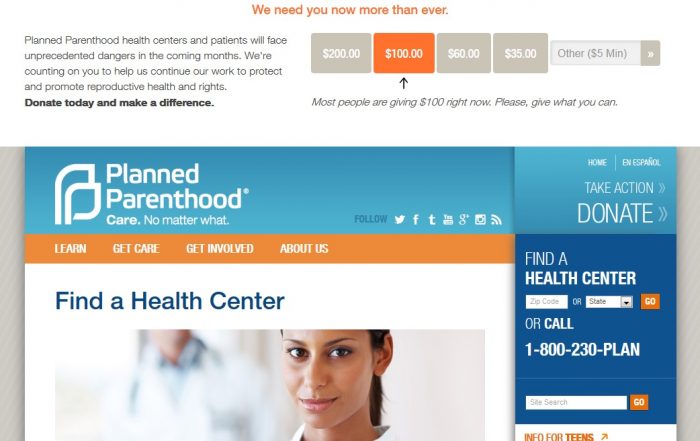 Need birth control? There it is again. 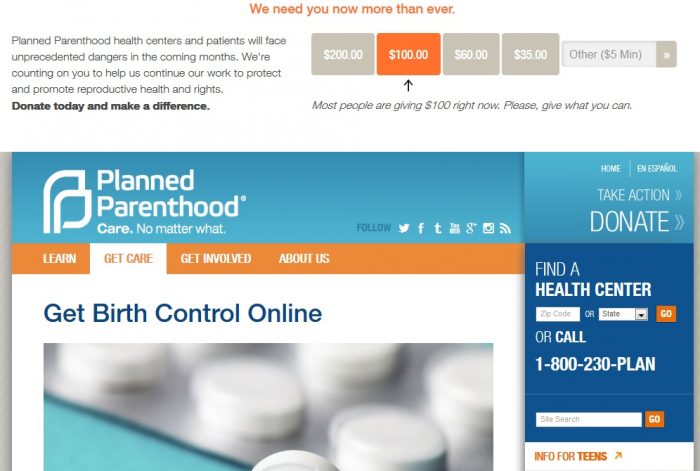 Looking for information about abortion? Be sure to donate! 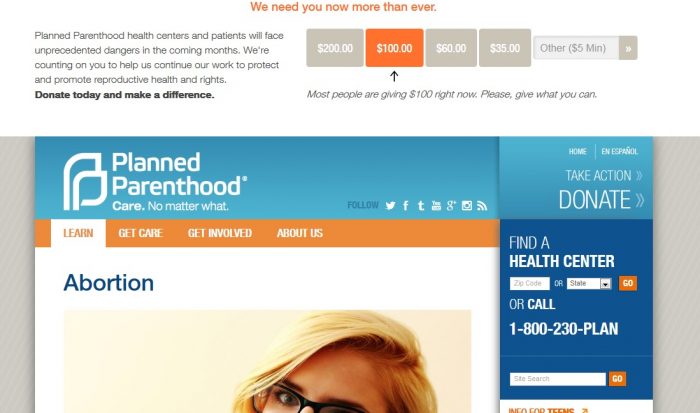 This push for donations seems to not only be a trend at the Planned Parenthood Federation of America “mothership,” but also at the affiliate level. 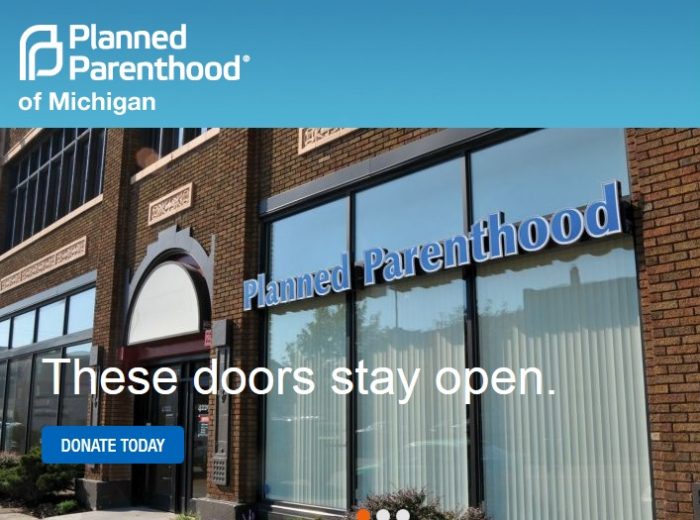 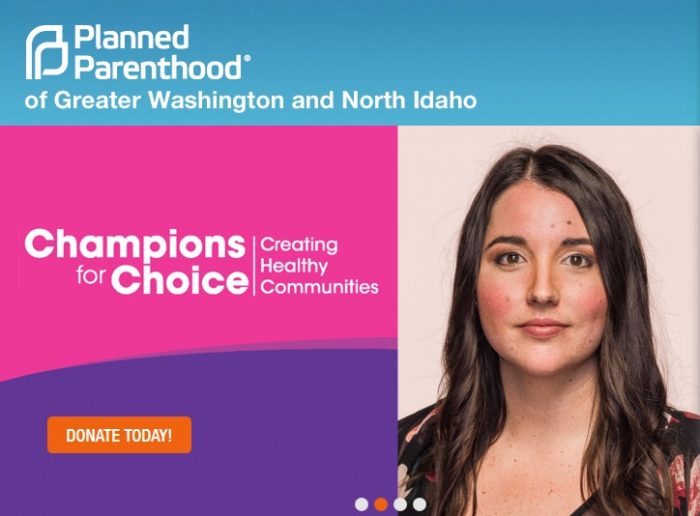 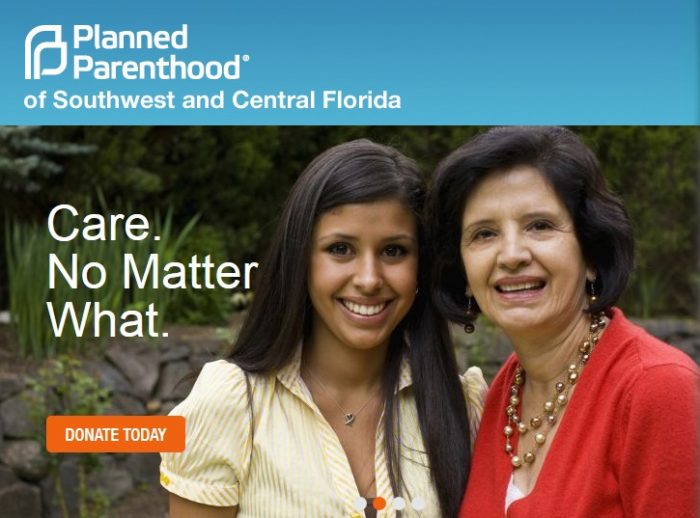 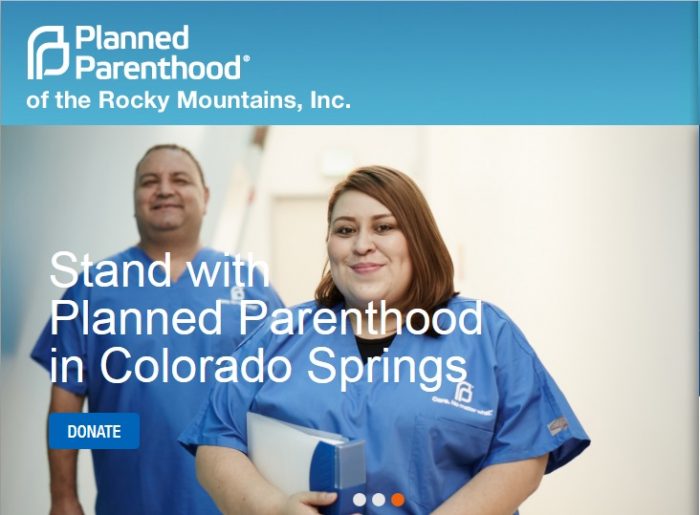 The bottom line is that Planned Parenthood is an expert at raising its own funds from a multitude of private sources other than the taxpayer. With help from the media, Planned Parenthood appears to be profiting from the fears of the very women they claim to serve. Some might even suggest that the abortion chain is taking advantage of their patients for profit. But, as we all know, Planned Parenthood, which has covered for child rape and was caught on video haggling over the price of aborted baby body parts, has never been known for its ethics.

The truth is that, in a world where the bottom line ends in six zeroes, what’s important to Planned Parenthood is that its latest funding scheme proves to be another windfall.