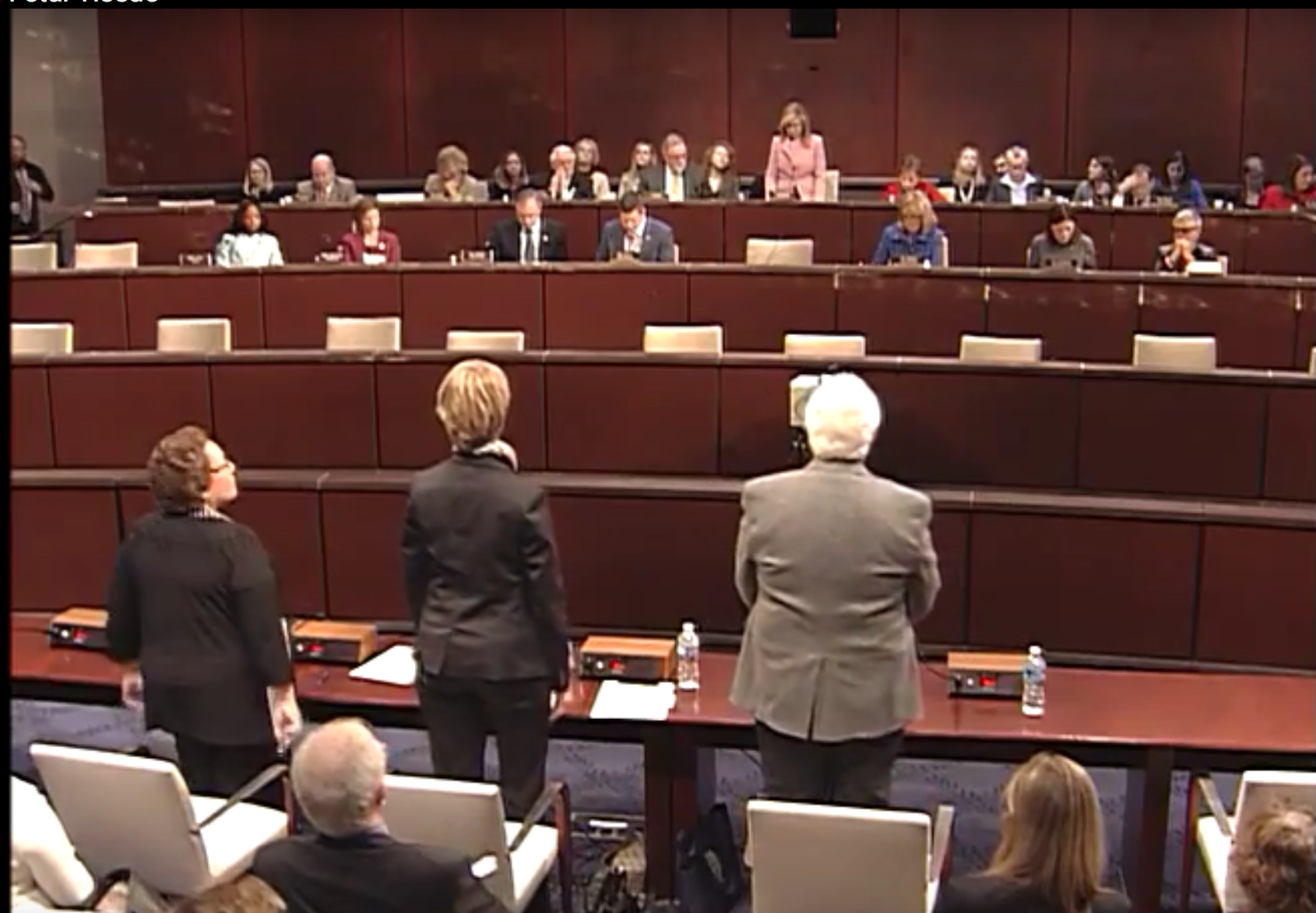 While one corner of Washington, DC was focused on the Supreme Court and its first major abortion case in years, not far down the road, the House Select Investigative Panel on Infant Lives was hearing its own abortion-related arguments.

The Panel was formed as a result of last summer’s Planned Parenthood exposé videos from the Center for Medical Progress. These videos revealed a market for the buying and selling of the parts of aborted babies. Chaired by Marsha Blackburn (R-TN), the Panel is currently investigating the practice of procuring fetal body parts and the bioethical implications. An initial press release on the hearings noted, “It is the purpose of the Select Investigative Panel to follow the facts to find out ‘what is going on?’ but it is also our responsibility to ask ‘what does it mean?’”

As the Panel’s first hearing opened Wednesday morning, Chairwoman Marsha Blackburn welcomed the witnesses, noting that in this era, we have to tackle new issues of bioethics as each week brings a new medical advance. In part, she said:

Ours is not the first era to face such questions.  The Nuremburg Code produced a human rights based ethics statement after horrible information was revealed about experimenting on humans without their permission. We learned, years after it was underway, about prisoners in China forced to donate organs or killed for their organs.  We learned about the horrors of forced abortion and testing drugs on the poor and unaware, after it happened. We all remember the horrible reports about the syphilis studies on African Americas or forced sterilization of the mentally challenged, years or even decades after it happened.

Last summer’s videos revealed that something very troubling that is going on related to fetal tissue and research. The weak, the vulnerable, those with no voice –  harvested and sold – there is something going on, something that deserves investigating and that demands our best moral and ethical thinking.

As the hearing continued, several members made comments and asked the witnesses questions. Vicky Hartzler (R-MO) focused on the consent form process for fetal donations. She read one consent form, used by an abortion facility, that says, in part:

Research using the blood from pregnant women and tissue that has been aborted has been used to treat and find a cure for such diseases as diabetes, Parkinson’s disease, Alzheimer’s disease, cancer, and AIDS.

Hartzler noted that no cure has actually been found for these diseases. She questioned whether the consent form was complying with guidelines from the Department of Health and Human Services (HHS). Those guidelines are comprehensive, and, as HHS points out: “Informed consent is a process, not just a form.” Thus, Hartzler was questioning the comprehensiveness of the “informed consent” used by abortion facilities, as well as the ethical considerations in the Belmont Report. This report is the standard for all research involving human subjects, and it is required for anyone undergoing such research.

Some Panel members asserted that the statement that fetal tissue has helped “find cures” is incorrect and could also be coercive in obtaining consent for baby body part donation from the mother. A woman might be more likely to consent to donation if she believed cures have already been found. However, the reality she should be told is that all donations are used and experimented with in a lab, but no cures have yet been created with baby body parts.

Paige Comstock Cunningham, J.D., Executive Director, The Center for Bioethics and Human Dignity testified at the hearing. She noted several points that explain the bioethical trouble with fetal tissue donations:

Adult stem cells have already been used for the development of new treatments, have been proven in clinical trials, and resulted in the formation of new companies that have successfully brought to market treatments that are routinely benefiting patients today.

Further questions revealed some troubling answers. Rep. Sean Duffy (R-WI) asked R. Alta Charo, J.D. , a professor of law and bioethics, University of Wisconsin at Madison, about the need for human fetal tissue to be used for such purposes as flavor enhancers or cosmetics. Charo’s callous reply to the flavor question was that using fetuses for testing sense of taste “can be a valid use because loss of taste can be devastating neurologically.” Charo neglected to note that a baby’s own personal neurological system is devastated through abortion and fetal harvesting, and all for the inhumane purpose of seeing if something tastes good enough.

Charo and Lawrence S.B. Goldstein, PhD, a professor in the Department of Cellular and Molecular Medicine at the University of California, San Diego School of Medicine, were the two “minority witnesses” supporting fetal tissue research. Goldstein works directly as a researcher in this field, and the Center for Medical Progress issued a comment today ahead of his testimony, noting:

The Investigative Panel must ask Dr. Goldstein the hard questions about how much money he gave Planned Parenthood in exchange for aborted babies’ brains, and what Planned Parenthood may have done to their abortion process to accommodate his orders.

Goldstein staunchly defended his work, and while he asserted that he followed the law, he also revealed to Rep. Larry Bucshon (R-IN): “I am uncomfortable with the law of the land.”

Goldstein admitted there is a financial side to fetal tissue donation, but he deflected all questions that asked for specific details on how fetal research was going to help when there have been no cures after years of research. He commented that since researchers are not sure which part of the brain is being affected by a certain disease, it is important to “explore the landscape.” In essence, he argued that it is necessary to play around with the entire brain of various dead babies so we can maybe one day find an answer, even though there is no guarantee research will ever find it, and certainly not in fetal brains. All Goldstein could offer was, “We’re going to give it a good solid try.”

Goldstein was adamant that fetal tissue research must continue or research would “slow down,” potentially delaying a cure for a disease.

But Rep. Andy Harris (R- MD) noted that the process has already been slowed down because of the necessary IRB process. Researchers who use human subjects are not only subject to the aforementioned Belmont Report for ethics in research, but they must also submit their studies to an institutional review board, or IRB, before being allowed to proceed with their research. Harris pointed out that the IRB process can take six months, or even longer. Thus, he argued, the process is already slow, but this is necessary because it allows patients their protection – which is more important than speed. No research study that involves humans can proceed without IRB approval. This was one of the controversies with the Planned Parenthood videos, as PP executives Dr. Deborah Nucatola and Mary Gatter both complained about the slow IRB process, and Nucatola commented on ways Planned Parenthood gets around needing an IRB.