The American public is told that their tax dollars do not fund abortion, but this is false. At the federal level, despite measures like the Hyde Amendment, which prohibit federal dollars from paying for abortions, taxpayers still fund abortions in certain instances. “Federal financial participation (FFP) is only available for abortions performed to save the life of the mother or to terminate pregnancies resulting from rape or incest,” a Medicaid spokesperson previously told Live Action News.

But this amounts to more than what it sounds like. According to Medicaid.gov, in 2016 alone, federal dollars were used to pay a total of nearly $50,000 for abortions at the federal level and $31,000 at the state level. However, this figure was down substantially from previous years.

Live Action News previously reported that according to national net expenditures published by Medicaid.gov in 2015, taxpayers funded $500,659 for abortions that year under Medicaid assistance programs. Of that total, $327,341 was paid by federal dollars and $173,318 was paid by the states where the abortions were committed.

Taxpayers contributed over a million dollars for abortions in 2014

Previous Live Action News reports indicate that, in several states including New Mexico, taxpayers are forced to fund late-term procedures (after the 20th week) done for any reason the woman desires. It is important to note that late-term abortions are not being committed solely for health reasons, as is often suggested by abortion proponents and the media.

In New Mexico, undercover audio calls to a late-term abortion facility revealed that facilities in the state will advise women to seek a Medicaid (taxpayer) funded abortion when:

Time and again, Live Action News has documented that tax dollars actually increase the number of abortions the taxpayer is forced to finance, many of which are repeat abortions. Reports from the abortion lobby, which tends to see every abortion as “medically necessary,” reveal the exact same thing.

A recent survey conducted by the Guttmacher Institute revealed that women who have taxpayer-funded abortions tend to have more abortions. It also revealed that the majority of those women were using contraception when they became pregnant. In addition, Guttmacher, which is funded in part by taxpayers, found that Black women had a higher rate of prior abortions.

A report published by the pro-abortion Reproductive Health Investors Alliance, available on the Tara Health Foundation website, showed that the percentage of abortions by payment, funded by taxpayers in states that do not cover abortions via Medicaid, was just 1.5 percent. However, in the Medicaid coverage states, that figured jumped to 52.2 percent. 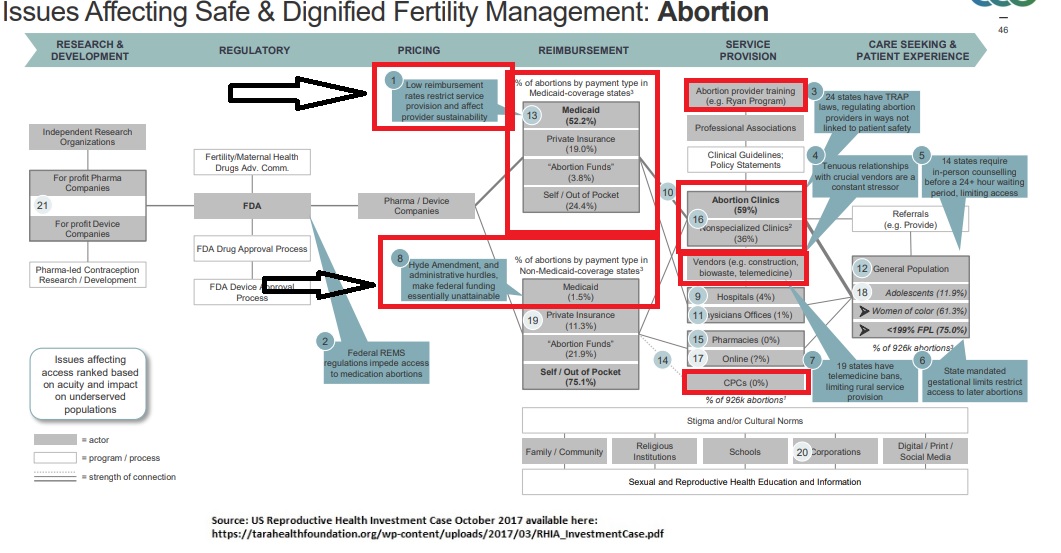 The report includes a graph of taxpayer-funded abortion percentages by state from Guttmacher: 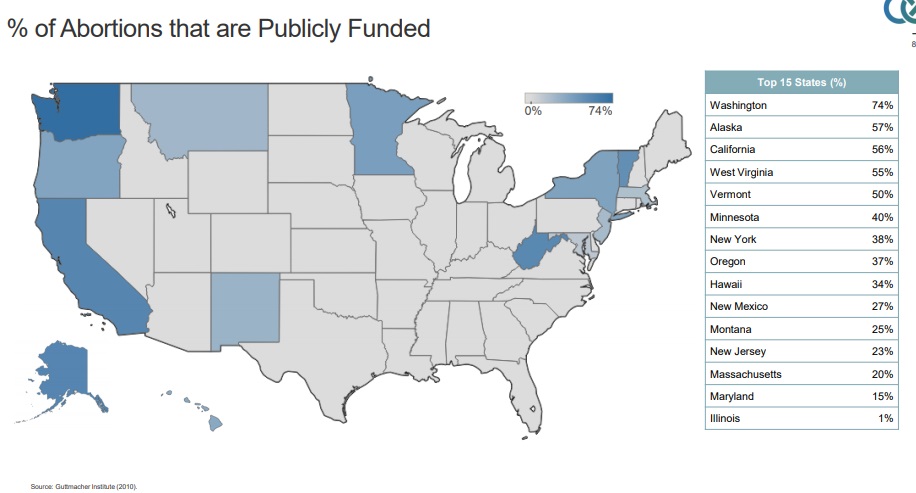 A Live Action News overview on how tax dollars fund abortions by state references a report showing that the state of California’s Medi-Cal program paid for more than 83,000 abortions in a single year. In Minnesota, taxpayer-funded abortions recently increased almost 11 percent, with Planned Parenthood committing the largest portion, despite a record low number of abortions nationally. In Alaska, abortions recently declined 5.5 percent overall, while the percentage of taxpayer-funded abortions increased from 32.8 percent to 44.1 percent in just one year.

Funding abortions increases the number of abortions and increases the long-term effects a woman will potentially suffer after the abortion. Forcing taxpayers to pay to kill babies is immoral and a poor use of hard-earned tax dollars… and it needs to end. In part two, Live Action News will detail abortion funding in a number of specific states.