For several years, statistics have shown that while abortions overall have been on the decline, the number of those which are funded by taxpayers has increased. New York is just one of several states in which taxpayers are funding Medicaid abortions, and the data shows that some of these were “repeats” — committed on women who had at least one previous abortion.

The Federal Hyde amendment prohibits taxpayers from paying for most abortions (although it does allow the funding in certain cases), but states can spend Medicaid dollars however they choose. In New York, they spend those dollars on abortion. 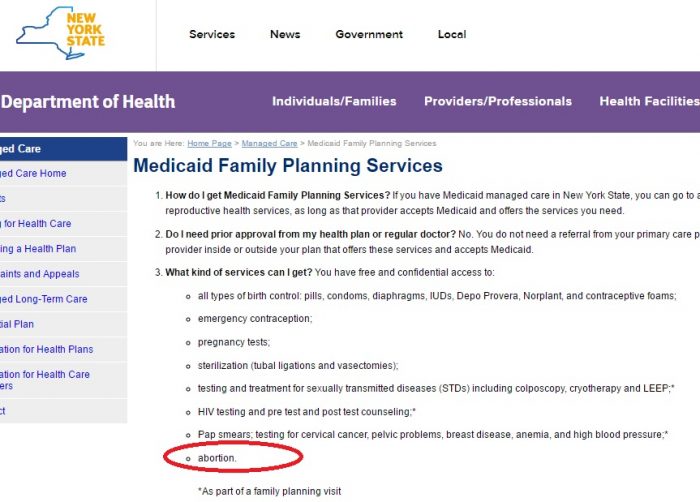 Casey Mattox, former director of the Center for Academic Freedom at Alliance Defending Freedom, noted in a a 2015 article from the Federalist:

A breakdown of induced abortion from the New York Department of Health reveals that, in 2012, 44 percent (42,753) of New York’s 97,502 abortions were financed through Medicaid. 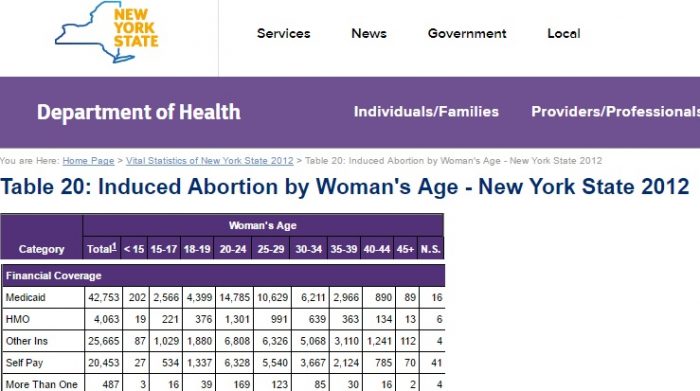 In 2013, although the total number dropped to 94,326, Medicaid funding of abortion increased. That year 43,066 women, nearly 46 percent of all abortions, were financed using taxpayer dollars through Medicaid. 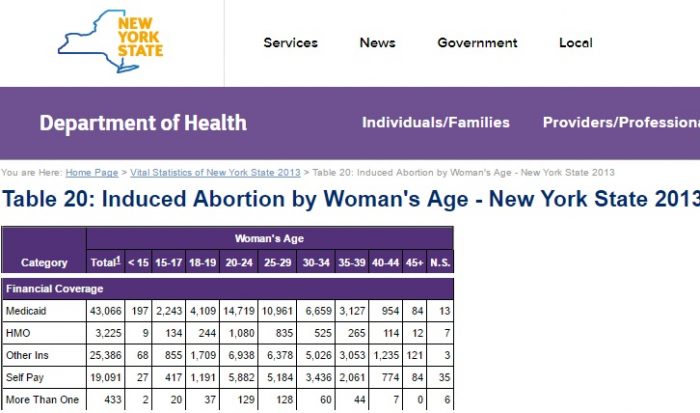 By 2014, additional increases can be seen, with 47 percent of women using taxpayer dollars. The data also showed that while the total number of abortions had decreased from the previous year to 93,300, there was an increase in Medicaid funded abortions (43,913) in 2014 year as well. 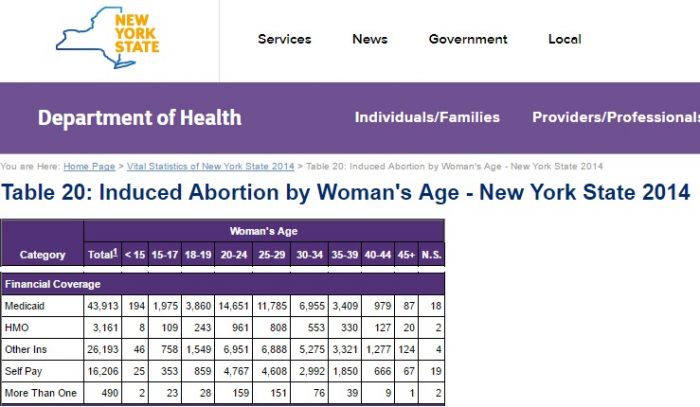 Of course, it is not only New York’s taxpayers who are paying for this: it is also federal taxpayers.

To learn the extent to which taxpayer dollars are funding this human rights violation, look no further than websites from the abortion industry, including Planned Parenthood. The website of the abortion corporation’s New York affiliate clearly shows how easy it is to get a taxpayer funded abortion through Medicaid: 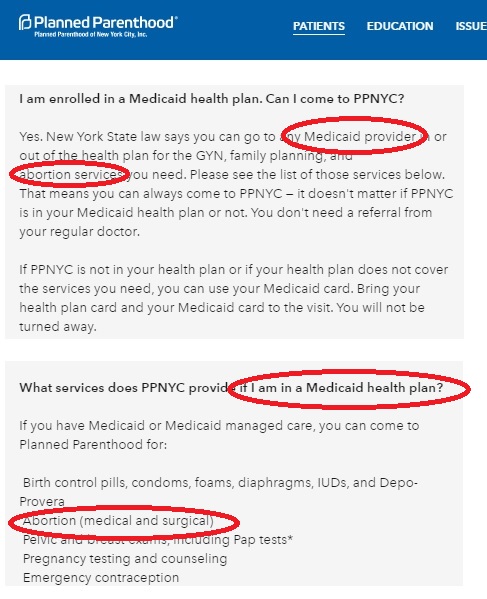 While we do not know the exact number of taxpayer-funded Medicaid abortions committed on women who already had at least one, the math is simple: the number of women who had not experienced a previous abortion was smaller than the number of those funded by Medicaid. And the total number of women who had experienced one or more abortions at the time they used Medicaid was much higher. (The report notes, “Categories will not add to Total Number because of unknown information.”)

The number of women in New York who said they had experienced multiple abortions are staggering, revealing that taxpayers could indeed be funding a great deal of multiple, or “repeat” abortions. For many women who have “repeats,” abortion is being used as birth control — in these cases, paid for by the taxpayer.

On May 18, 2018, President Trump announced proposed changes to the Title X regulations that would take $50-$60 million away from Planned Parenthood annually. However, the new rules do not touch Medicaid funding, and Planned Parenthood still needs to be fully defunded.

An overview on how tax dollars fund abortions nationally references a report showing that the state of California’s Medi-Cal program paid for more than 83,000 in a single year. In Minnesota, taxpayer funded abortions in the state increased almost 11 percent, with Planned Parenthood performing the largest portion, despite a record low number of abortions. In Alaska, abortions in the state declined 5.5 percent, while tax funded ones rose an incredible 32.8 percent to 44.1 percent. In New Mexico, undercover audio calls to a late-term facility revealed that facilities in the state will advise women to seek a Medicaid (taxpayer) funded abortion when:

It is imperative that pro-life Americans contact their state and federal legislatures to demand that they guarantee to the taxpayer that all public funding of abortion is eliminated.