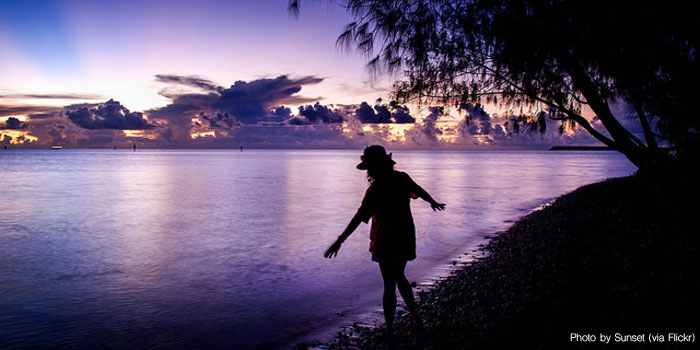 The governor of Guam is on a mission to expand abortion access for Guam residents and find an abortionist for the island. While abortion is legal in the predominantly Catholic territory, no doctors have been willing to commit the procedure since the island’s last abortionist retired in 2018.

Governor Lourdes Leon Guerrero campaigned for greater abortion rights before her election, but since taking office in January she’s been unable to bring abortion back to the territory.

“I truly believe that women should have control of their bodies,” she told The Associated Press. “I’m very sad and very nervous about what’s happening across the nation.”

Abortion is currently legal in Guam within the first 13 weeks, but anyone who ends a pregnancy without assistance from a doctor can be charged with a felony. Without an abortionist on the island, any woman who wants an abortion must travel to Hawaii, a nearly 8-hour flight. Over the past six months, an estimated two-to-three women have made that trip.

READ: In parts of Italy, 90% of doctors refuse to commit abortions

Dr. Jayne Flores, director of the Bureau of Women’s Affairs on Guam tells Pacific Daily News that she is working on a preliminary plan to recruit an abortionist to the island.

“The governor and I both support a woman’s right to choose, …. in all cases,” she said. “A woman has to have control over her own body.”

“It’s a big problem. Abortion care is pretty basically reproductive health care — we know that many women will need an abortion during the course of their reproductive years,” said Dr. Bliss Kaneshiro, an OBGYN and professor at the University of Hawaii. “We know that making abortion inaccessible doesn’t eliminate it, it forces women to seek unsafe measures to end a pregnancy.”

These are commonly-used claims in the fight to expand abortion, though they were debunked long ago. In reality, women continue to suffer – and even die – at the hands of legal abortionists.