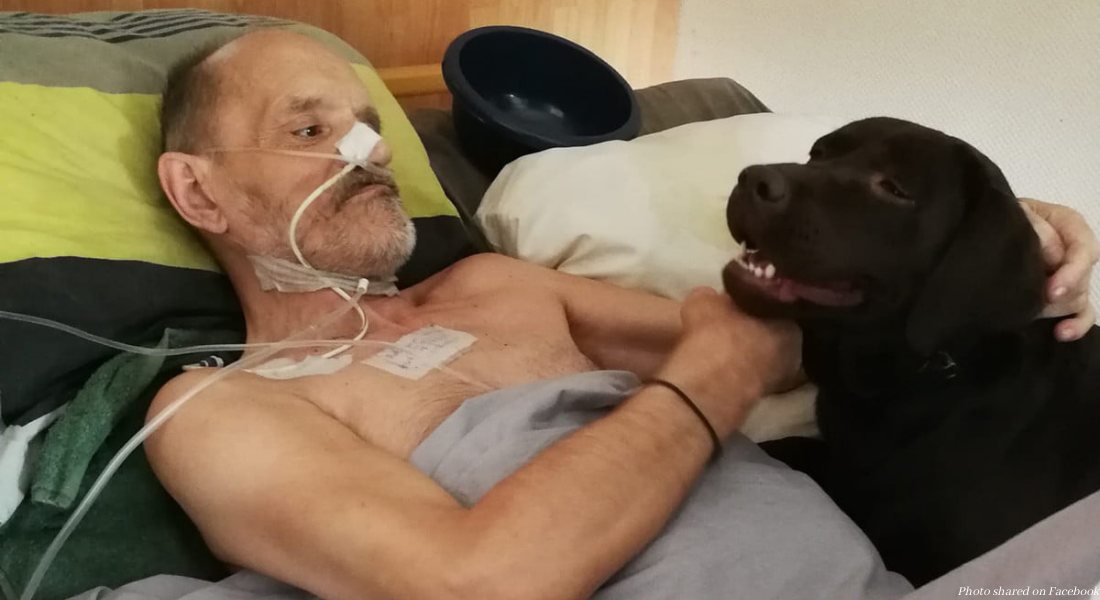 A Frenchman living with a degenerative illness has abandoned his plan to starve himself to death after being denied assisted suicide, which is against the law in France.

Alain Cocq had previously written to Emmanuel Macron, the president of France, asking for permission to be euthanized. Cocq has an incurable disease which causes his arteries to stick together, and uses medication to manage his condition, which he has lived with for over 30 years. Cocq told Macron that he wanted to end his “violent suffering” and Macron responded that though he could not permit Cocq to be killed because it is against French law, he supported and respected Cocq’s plan to kill himself in protest.

Cocq originally said he would stop taking food, liquids, and medication, and livestream his death on Facebook, which he estimated would take four to five days. Facebook refused to broadcast his suicide attempt, but Cocq still moved ahead with his plan on Saturday, refusing all sustenance. By Monday, however, he asked to be taken to a hospital in his home of Dijon, where he accepted food. “I did not have the capacity for the fight any more,” Cocq told AFP.

After spending time in the hospital to recover, which is estimated to take no more than 10 days, Cocq said he will go back home and accept palliative care from a medical team who will be installed in his home. Sophie Medjeberg, a lawyer acting as Cocq’ spokesperson, told AFP that when he was admitted to the hospital, he was foaming at the mouth and delirious. “He is suffering too much, it was too hard. He still wants to go but without suffering. It was too difficult,” she said.

Cocq described himself as being in a “terminal state” for 34 years. He is not dying; he is disabled. Yet people around the world are expressing support for his potential suicide. The method Cocq planned to use is called Voluntary Stopping Eating and Drinking (VSED) by the assisted suicide industry, and is described as a viable method for people who are not dying, but who are merely “done” with life. Compassion & Choices outlines it as an easy way to die, with medication supposedly able to keep away any “unwanted symptoms,” and the person eventually falling asleep more frequently until they no longer wake. The group even claims that things like “moaning or rattling” are not signs that the person is in pain or distress.

The fact that starvation is portrayed as valid and potentially “peaceful” by organizations like Compassion & Choices betrays the lie at heart of the assisted suicide industry. Cocq found out first hand how agonizing it is to slowly starve to death, but this kind of pro-suicidal information serves only to encourage people at their lowest lows to take their own lives.

Cocq does not need a death sentence; he needs better palliative care and resources to improve his quality of life. Ableism is the root from which euthanasia blooms; the idea behind it is that only some lives are worth living… and saving.