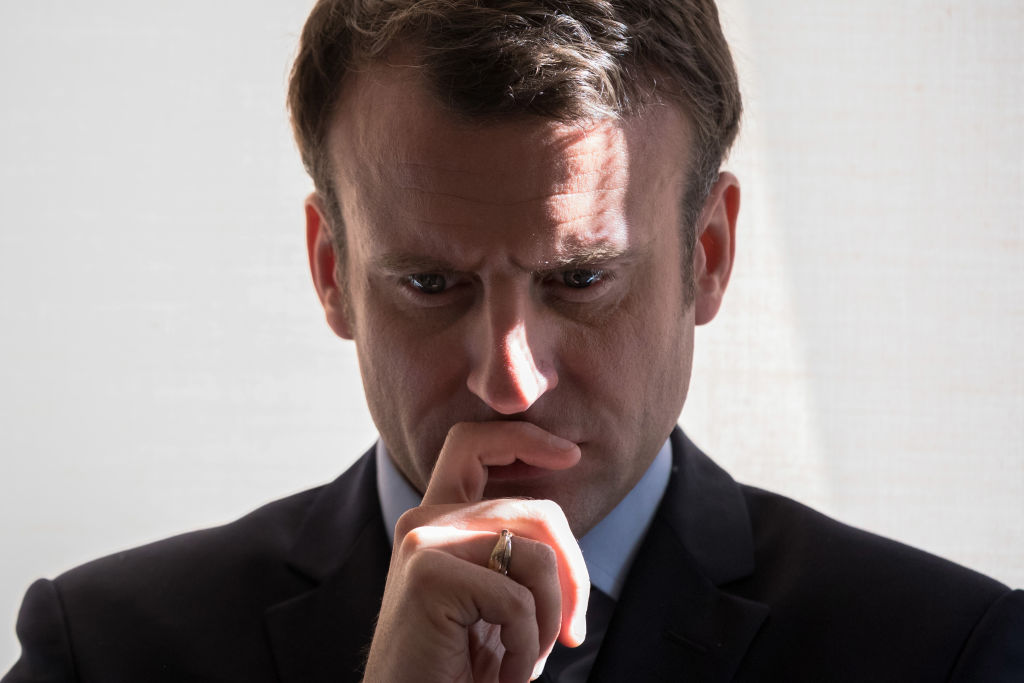 The president of France has granted his blessing to a man who plans to live-stream his own suicide in protest of the country’s assisted suicide laws. Alain Cocq wrote to Emmanuel Macron to receive permission to undergo assisted suicide; when Macron was forced to refuse due to existing legislation in the country, Cocq instead said he would kill himself, a decision Macron said he respected and supported.

Cocq, who is 57, has an incurable disease which causes his arteries to stick together. Currently, he uses a wheelchair and has medication to manage his condition, but has decided that he doesn’t want to live anymore. Cocq wrote to Macron, asking him to end his “violent suffering.”

“I would like to make it clear to you that on this day I find myself in a situation of having on sound mind, confined in a dysfunctional body, crippled by suffering,” the letter read. “Would you withstand, Mr President, having your intestines emptied into a pouch, having your bladder emptied into a pouch and that you are fed by a pouch, that a third party must bathe you, to be crippled by unbearable pain?”

Cocq concluded by asking Macron to permit a doctor to kill him. “I simply ask to leave with dignity, with active medical assistance, because my dysfunctional body prevents me from doing so surrounded by my family and my friends,” he wrote. “Some use the term ‘active euthanasia’ or ‘assisted suicide,’ but for me the term most suitable is ‘end of life with dignity with active medical assistance.'”

Macron responded by saying he could not permit assisted suicide, as it’s not allowed under the country’s laws. “Because I am not above the law, I am not able to comply with your request,” Macron responded. “I cannot ask anyone to go beyond our current legal framework… Your wish is to request active assistance in dying which is not currently permitted in our country.”

In retaliation, Cocq said he would livestream his own suicide as a way of pressuring French lawmakers to change the country’s laws. He said he will stop taking food, liquids, and his medications, and estimates it will take him four to five days to die. Facebook, however, has already refused to broadcast his suicide, and Cocq is urging his supporters to contact the social media giant and complain. “Although we respect [Mr Cocq’s] decision to want to draw attention to this complex question, following expert advice we have taken measures to prevent the live broadcast on Alain’s account,” a Facebook spokesman told AFP. “Our rules do not allow us to show suicide attempts.”

But while Facebook seemingly does not support Cocq’s suicide, Macron does. In his letter to Cocq, Macron wrote, “[W]ith emotion, I respect your action,” adding in conclusion, “With all my personal support and profound respect.”

It is worth pointing out that Cocq does not seem to be actively dying; he is disabled. Yet his suicide is being portrayed as something noble and nuanced. This mindset betrays the ableism at heart of the assisted suicide movement. When a healthy-bodied adult wants to commit suicide, everything possible is done to dissuade and convince him or her that life is still worth living. If, however, that same person is ill, elderly, disabled, or otherwise marginalized, society increasingly agrees with the idea of suicide and supports his or her death. The message being sent is clear: only some lives are worth saving, because only some lives are worth living.