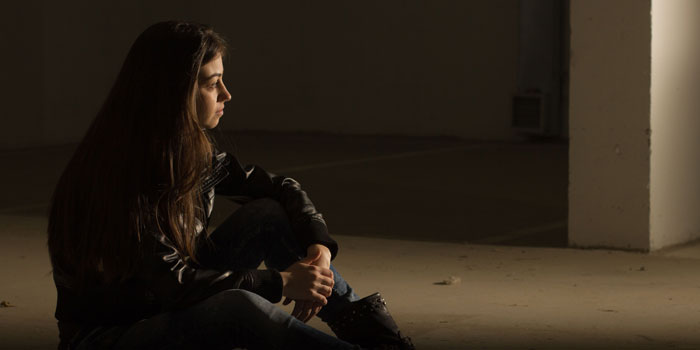 Former abortion workers who are now pro-life have told horror stories about the abortion industry. They’ve spoken about rushing women through their abortions, giving inadequate and biased counseling, and operating dirty, unsanitary facilities.   But when the same claims are made by pro-choice activists, you get the idea that conditions in the abortion industry must be really bad.

Jenny Higgins was pro-choice when she wrote a piece in the book Abortion under Attack: Women on the Challenges Facing Choice and is likely still pro-choice. Abortion under Attack is definitely a pro-abortion book. It is filled with essays talking about different aspects of it from a pro-choice position. Regardless, some of the things Higgins writes about her time working in an abortion facility line up with what now pro-life former workers have been saying:

I had to rush women out of the procedure room within minutes – sometimes seconds – of their termination so that we could quickly prepped the room for the next patient. This hustle meant another missed chance to provide follow-up counseling, or assistance to help these women avoid future unintended pregnancies.

Catherine Anthony Adair is a former Planned Parenthood worker who also wrote about rushing women through their abortions. In a speech quoted on Clinicquotes, she said:

One of my jobs as a medical assistant at Planned Parenthood was to clean the room in between abortions. I clearly remember how quickly we were required to work so that the doctors didn’t have to wait for the next abortion. I was never trained on OSHA regulations -speed was more important than being thorough. Blood spatter was often in the wall, floor and table when the next woman came in for her abortion. It disgusted me and I always wondered what the woman coming in thought and if she noticed it. Abortion clinics are ONLY interested in money, they don’t care about the safety and well-being of women.

While Higgins does not explicitly state that the rush to get women on and off the operating table led to unsanitary conditions and blood splatters, it is easy to see how it might. In any case, women were not given any kind of decent medical care.  Most places that provide surgery do not operate this way.

Higgins talks more about the lack of counseling in the abortion facility where she worked:

The underfunded structure of services at the clinics meant that I rarely had the time or resources to give women the clinical or psychological care they needed or deserved. Counseling sessions were strictly time constrained, sometimes allowing only 5 minutes per patient… Sometimes even counseling was done in groups to save time, 10 or 15 women sitting in a circle, holding their consent forms as they listened to me speak. At other times, I was strictly limited to a 5 min. counseling session for each patient. This is hardly sufficient time to ascertain the women’s consent, and inform her what to expect during and after the procedure, and counsel about contraceptive so that she could better avoid future unintended pregnancies.

In a survey of post-abortion women who regretted their abortions, 40-60% of the women said that they were not sure of their decision to abort when they arrived at the facility. 44% stated they were actively hoping to find an option other than abortion during counseling. Yet only 5% reported that they are encouraged to ask questions, 52-71% thought their questions were “inadequately answered, sidestepped, or trivialized”, and 90% said they were not given enough information to make an informed decision. Obviously, the situation in Higgins’s facility was not unique.

Higgins goes on to say that with abortion, there isn’t much choice, for the patients or the staff:

Instead of serving as a reproductive rights midwife of sorts, helping women realize their own self-efficacy, I felt like I was forced to provide rushed and inadequate care…As most of us who have worked in the abortion field know all too well, both the clinic’s clients and the staff have little choice…. We tried to accommodate as many women as we could, which often meant that “extras,” such as extensive counseling or follow-up care, were out of the question.

Higgins says that other abortion workers have also acknowledged the fast pace in abortion facilities, which prevents any kind of quality medical care, much less counseling, to be given. Clearly, it is an industry-wide problem.

Why do abortion facilities try to “accommodate as many women as they can”, and rush women through their abortions? Why don’t they simply slow down and take more time with each woman? What is stopping them from doing that? The only likely reason they don’t take more time is that the more abortions they do, the more profit they make. Rushing women through, one after another, like on an assembly line, maximizes profits. Counseling slows things down which means less money in their pocket.

Another abortion proponent who also wrote about the poor counseling inside abortion facilities is Jennifer Baumgardner, creator of the t-shirt campaign: “I Had an Abortion.” She encourages women to tell positive stories about their abortions and wear t-shirts advertising that they aborted their babies. However, Baumgardner writes that when she went for her own abortion, Planned Parenthood did very little counseling:

I went with my boyfriend and friend to Planned Parenthood. I think I was headed into my eighth week at that point. I went into a room for pre-abortion counseling- five quick, terse questions. I had assumed that I was going to get a half-hour and I would finally be able to tell someone or talk to someone about how freaked out I was, but I didn’t get to.

If Higgins didn’t already know that her baby had a heartbeat and brainwaves and developing arms and legs with fingers and toes, she did not find out at Planned Parenthood.

Higgins also spoke about a lack of privacy in the abortion facility:

Privacy, for example, was a rare luxury at the clinics, especially on high traffic procedure days. On Saturdays, women waited in the hallway for hours in flimsy medical gowns, already counseled, medicated, but queued in a long line of patients waiting to see the doctor.

Another thing Higgins mentions is the dilapidated state of the abortion facility she worked in:

Also, I was disillusioned by the general dilapidation of the clinic, the dated medical equipment, the revolving door of staff, and other indications of a clinical setting with inadequate resources.

In all the years I have spent writing and thinking about a woman’s right to choose, I have never set foot in an abortion clinic, because I have never needed to. In my mind, I had always pictured a clean and comfortable place. This was no Westchester clinic. The place was dirty and dark and the women in the room outside were standing, as there were no chairs. A woman beside me was crying… In the press, the issue of the right to choose will be reduced to the terminology of precedent and privacy. But the visceral reality of abortion–the grimy clinic, the sobbing and hapless young woman — cannot be understood by such desensitized vocabulary.

Kate Michelman is the former president of NARAL Pro-Choice America, perhaps the biggest and most active pro-abortion group in the country. But long before she was the president of NARAL, she was hired to oversee a chain of abortion facilities. Here is how she described the facilities when she visited them:

My first day on the job, a staff member took me on a driving tour of our seven clinics, which primarily served low income women…. Many of the clinics were dilapidated. The furniture was decrepit. The medical staff wore T–shirts and jeans…. We should not provide medical services in these settings, and the fact that we serve mostly poor women does not justify the conditions of these clinics.

Higgins also revealed something else that she learned from her time as an abortion worker. From experience working with women having abortions, she came to acknowledge something that pro-lifers have been saying for decades – abortion harms women emotionally:

In a second challenge to my previously held beliefs, clinic work forced me to face the reality of abortion as a real human calamity. It was hard to ignore abortion’s underbelly of loss when so many patients exhibited deep and, at times, almost bottomless sadness, distress, or anxiety. Even though these women were trying to make the best decision for themselves, such certainty of choice couldn’t entirely remove the psychological injury.

Human calamity, bottomless sadness, distress, loss, and anxiety. It sounds almost like abortion is not a good thing for women.

Yet none of these pro-choice activists would support crisis pregnancy centers, which help women and give them alternatives to abortion. They fight instead for the abortion industry, and the freedom to harm women, subject them to substandard medical care and leave them with emotional scars.