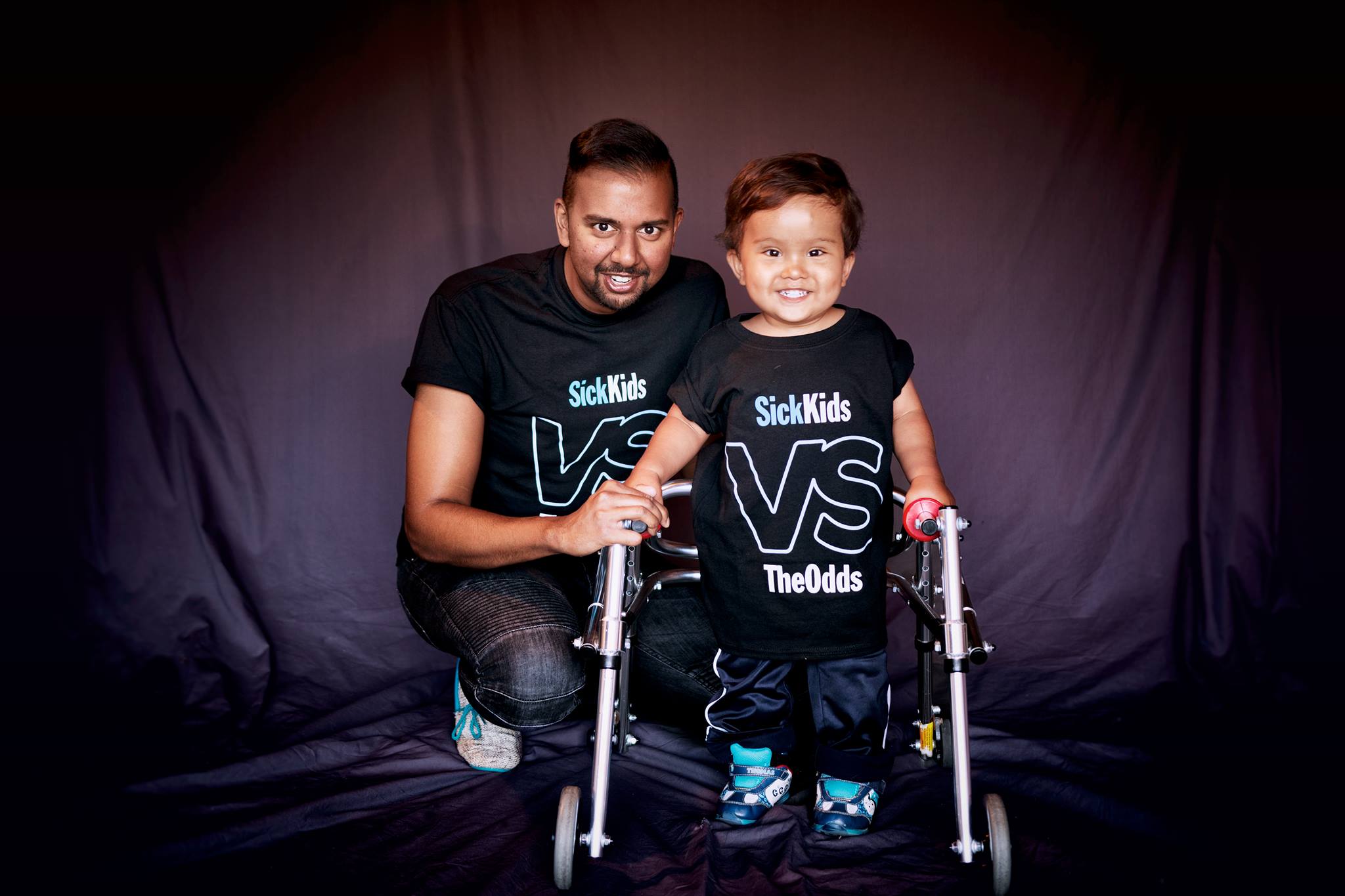 Actor, dancer, and singer Andrew Prashad and his wife learned at 23 weeks gestation that their preborn son had spina bifida, hydrocephalus, and Chiari malformation type II. Chiari Malformation type II is more severe than type I and can be life-threatening, with symptoms including difficulty swallowing, irritability when being fed, vomiting, arm weakness, a stiff neck, breathing difficulties, developmental delays, and trouble gaining weight. Spina Bifida causes defects in the spinal cord and bones of the spine. Hydrocephalus causes fluid to build on the brain causing impairments, developmental delays, and sometimes death. Each of these conditions on their own is frightening and would cause their son health issues, but combined, they were even scarier for the parents to hear.

Doctors suggested abortion, but the couple, who has two young daughters, refused.

“We were told by many doctors and specialists that our son would never have any function below the waist,” said Prashad in a video by Life of Dad.  “No bathroom function, no leg movement, etc. And we were even asked if we wanted to abort. We were going to have him regardless and do our best, as his family, to give him a terrific life.”

Ezra Courage Prashad was born on June 25, 2015. He underwent surgery to attempt to repair his spine and close the hole in his back. His father said he noticed his son’s foot wiggle and it gave him the hope he needed to believe his son could exceed the expectations placed on him at such a young age.

Prashad and his wife learned how to catheterize Ezra, since he was unable to urinate on his own. He was sent home with his family but would return to the hospital “nonstop” for checkups with specialists.

On February 9, 2016, Ezra underwent brain surgery to reduce the fluid build up in his ventricles due to hydrocephalus.

“This was probably the scariest moment in my life, handing my son over to the surgeon and not knowing if he was coming back,” said Prashad.

Despite what doctors had predicted, as Ezra continued to grow, he also continued to prove their predictions wrong. In August of 2016, he began moving his legs. By September 2016 he was crawling. Soon after, he was standing and climbing the stairs — and by 18 months, Ezra was walking with assistance.

The little boy that doctors said would have no movement below the waist didn’t stop at walking. As long as he has his walker, he can do regular childhood activities including kicking a ball, dancing, and roaming around outside. His favorite music to dance to is Michael Jackson and he often joins his father in dancing after they drop his sisters off at school.

“I don’t know that he’ll ever be able to do anything more than he’s currently capable of,” said Prashad. “But what he can do now is far beyond anything we thought he’d ever accomplish. He’s my miracle baby.”

Ezra proves that life is always worth living and that children are often capable of overcoming their challenges with joy and determination. His life is also a testament to the fact that doctors are human and can make mistakes when diagnosing and predicting outcomes for patients. This beautiful boy is living his life to the fullest, with a family that loves him and accepts him unconditionally.