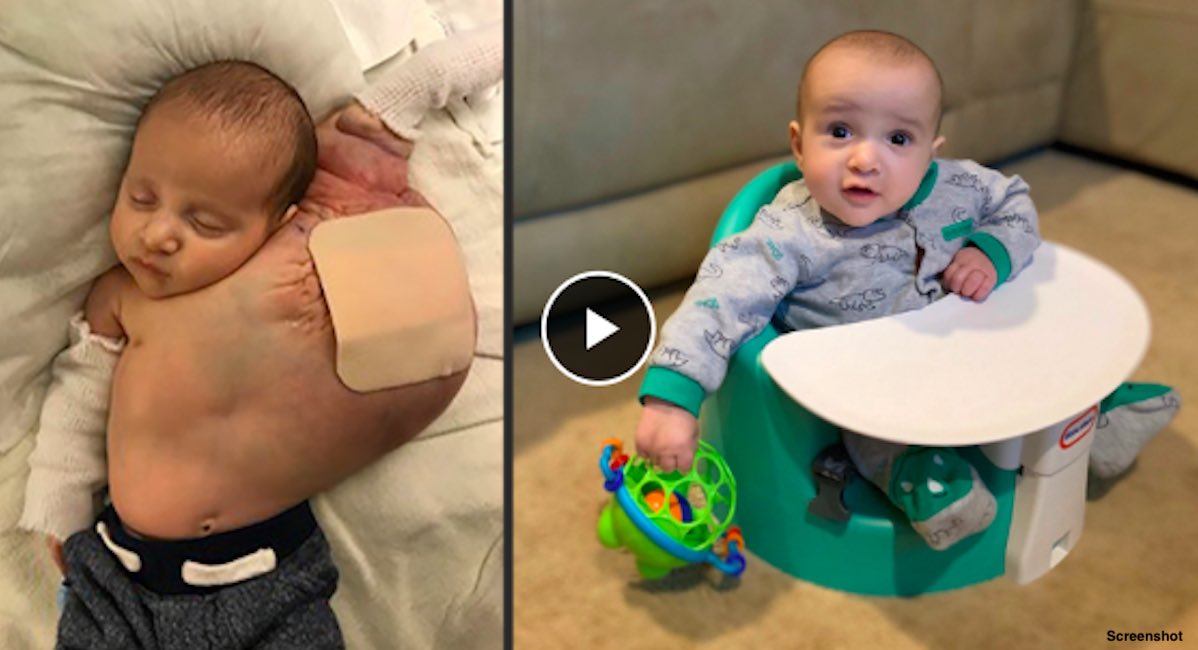 When Christina DiMartino was 13 weeks pregnant, she got devastating news. Doctors told her that her preborn baby had a large mass which was likely to take his life. Yet rather than accepting the bad news, DiMartino chose life and spent months researching to find ways to save her son. That hard work paid off, and now her son is not only alive, but thriving.

In 2018, DiMartino was told her baby had a rare lymphatic malformation on the side of his body, causing a cyst the size of his head. Their doctors said the baby had just a 9% chance of survival — yet they decided to continue the pregnancy, and DiMartino spent every available chance she could researching his condition, known as cystic hygroma. And though she was determined to save her son’s life, she was also scared. “Every day that went by, we’d wonder if today was the day,” she said in an interview with Newsday. “It was definitely stressful and became almost crippling during my pregnancy.”

Her drive to save her son caused her a lot of sleepless nights. “My husband would wake up in the middle of the night and see my phone illuminating my face and have to take my phone away or yell at me just go to sleep,” she said at a press conference. “But there was — there was no sleep for, I would say seven months, since I found out about his diagnosis until he was born.”

Matteo was born at 35 weeks via c-section. His condition was worse than expected, but he was alive. The cyst had grown to the size of his chest. It was so large that he couldn’t sit up, roll over, buckle into a car seat, or even fit into most clothes. The cyst was leaking fluid, kept him from moving his head and his neck, and kept his left arm at a 90-degree angle. On top of all that, he was susceptible to staph infections.

READ: Success with prenatal surgery: Caring for the ‘patient within the patient’

Her first team of doctors didn’t feel like there were viable surgical options — so DiMartino took matters into her own hands. She found experts in craniofacial surgery, hematology, radiology and vascular anomalies, and created her own team, made up of specialists from five different hospitals. And last year, Matteo had surgery at Cohen’s Children’s Medical Center in New Hyde Park. It took seven hours, but the surgery was a success.

“We were able to re-section the tumor, the bits and pieces left behind, but these are nothing compared to what was there,” Dr. Milton Waner, from Lenox Hill Hospital, said. “And the future is very bright, rosy going forward.” Matteo now has full bodily function and mobility, and his risk of infection has been greatly reduced. He’s meeting all his physical milestones now.

“It like, breaks me up because that’s my son, my first and only child,” Franco DiMartino, Matteo’s dad, said. “And I went from being scared from that to that beautiful boy that keeps us up every night; we wouldn’t change it for the world.”