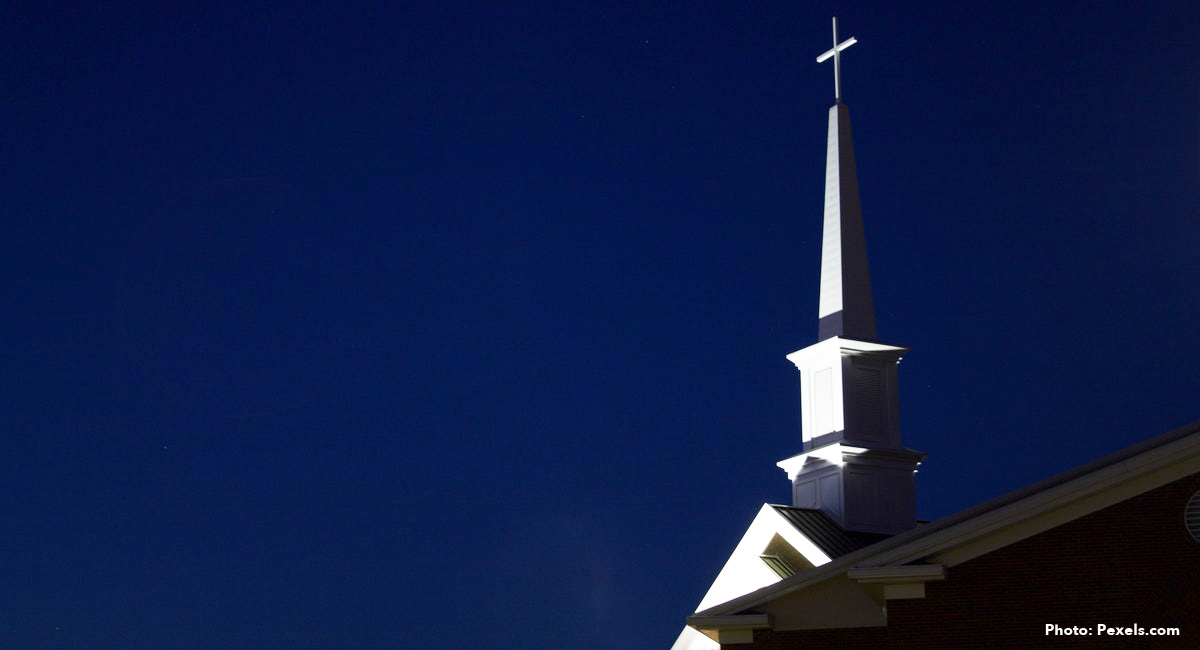 On November 16, 2018, Iliff Theological Seminary in Denver hosted a talk called “Women, Religion and Choice.” The talk was billed as a way for “two nationally-regarded religious scholars,” Dr. Monique Moultrie and Dr. Rebecca Todd Peters, to “explore women’s rights and abortion rights from a faith-based perspective.” But their argument, called “Christian,” cleanly breaks from millennia of Christian tradition (prohibitions against abortion are found in the Didache, circa 140 AD) and lacks a basis in objective morality or reality.

The event was co-sponsored by the Religious Coalition for Reproductive Choice (RCRC), which ironically describes itself as “pro-faith, pro-family, and pro-choice.”

At @CORCRC last night, 2 feminist theologians — @Mmoultrie2 and @toddiepeters — discussed how we change the narrative about abortion & focus on women’s agency in their sexual lives despite messages from inside faith communities such as the Black church. pic.twitter.com/950Wcv9TO0

Peters, a Presbyterian Minister and Religious Studies Professor, specifically proposed “a Christian counter-narrative of abortion.” According to Peters, “There is nothing Christian about requiring women to ‘justify’ their reasons for abortion. … If we truly value women and healthy families, we must accept that ‘I do not want to have a baby’ is an imminently appropriate reason to end a pregnancy.”

The core of her argument seemed to hinge on the exercise of free will as a good in itself, divorced from any end, which must be affirmed no matter what is chosen. Christianity, she claims, requires us to support a woman’s decision to abort — to “trust women.” This was encapsulated by a quote from Moultrie: “If we believe in a God that manifest himself for us, we must also believe in moral agency. To deny this moral agency or privilege for only a few I think actually diminishes the God we claim to worship.” But far from diminishing “the God we claim to worship,” turning away from evil and repenting of sin is a requirement of the Christian faith.

Merely calling an argument “Christian” does not, in fact, make it so. The exaltation of free will as an end in itself would completely re-write the doctrine of original sin and erase the need for salvation, and thus the Incarnation, effectively negating Christianity as a religion. A requirement to avoid evil and choose good does not actually deny moral agency. The heart of free will in Christian teaching is that human beings are free to choose good or choose evil, and are called but not compelled to choose values consistent with the Gospel. The narrative of the fall of man in Genesis 3, and the consequences of original sin by Adam and Eve’s free choice of disobedience, is indisputably central to the Judeo-Christian tradition.

Peters claims to espouse a form of “progressive Christianity” where she interprets “social teachings” to “address the social problems we see in the world.” Peters’s approach to Christianity rejects a relationship with Christ to be solely about social justice. “I actually don’t care that much about salvation. That’s not my primary concern. My primary concern is about the world that we live in, and how we make a more just world,” she said.

For a “social gospel” to be truly Christian, however, it must be based on the totality of the Gospel. Without Christ’s death and resurrection, Christianity can be reduced a social club or, as Pope Francis once described it, a mere NGO.

Even apart from Christianity, the need for law and order in society shows that respecting a choice simply because it is a free choice, and divorced from the end that is chosen, would result in social and moral anarchy. Furthermore, her argument contradicts the pro-abortion Guttmacher Institute’s own research on the reasons many women choose to have abortions — the majority of which do not result from a woman’s own “moral agency.” Abortion is often a tragic, circumstance-laden choice for a woman. Three-quarters of women cited “the inability to afford raising a child; and the belief that having a baby would interfere with work, school or the ability to care for dependents,” and half reported problems with, or lack of, husband or partner as reasons they chose abortion.

The unraveling of Christian morality as taught by a credentialed professor in a seminary/theological institution should cause more than a little alarm. Unfortunately, other Christian institutions of higher learning have given aid and comfort to the abortion agenda. In 2017, RCRC partnered with Auburn Seminary, a professor at Marquette University, and a professor at Professor at Starr King School of Ministry of the Unitarian Universalist Church. Additionally, in March 2018, Pacific Lutheran University hosted an event organized by the Planned Parenthood-affiliated group, the 1 in 3 Campaign, featuring students boasting about their abortion stories. The manifesto of 1 in 3 Campaign is to “end the stigma and shame women are made to feel about abortion.” The University of Notre Dame has conferred its highest honor, the Laetare Medal, on pro-abortion public figures to include Catholics who contradict the teachings of the Catholic Church on abortion, like Vice President Joe Biden in 2016.

Abortion advocacy at Judeo-Christian institutions of higher learning and theological formation is rooted in the kind of language George Orwell notes is designed to “make lies sound truthful and murder respectable, and to give an appearance of solidity to pure wind.”