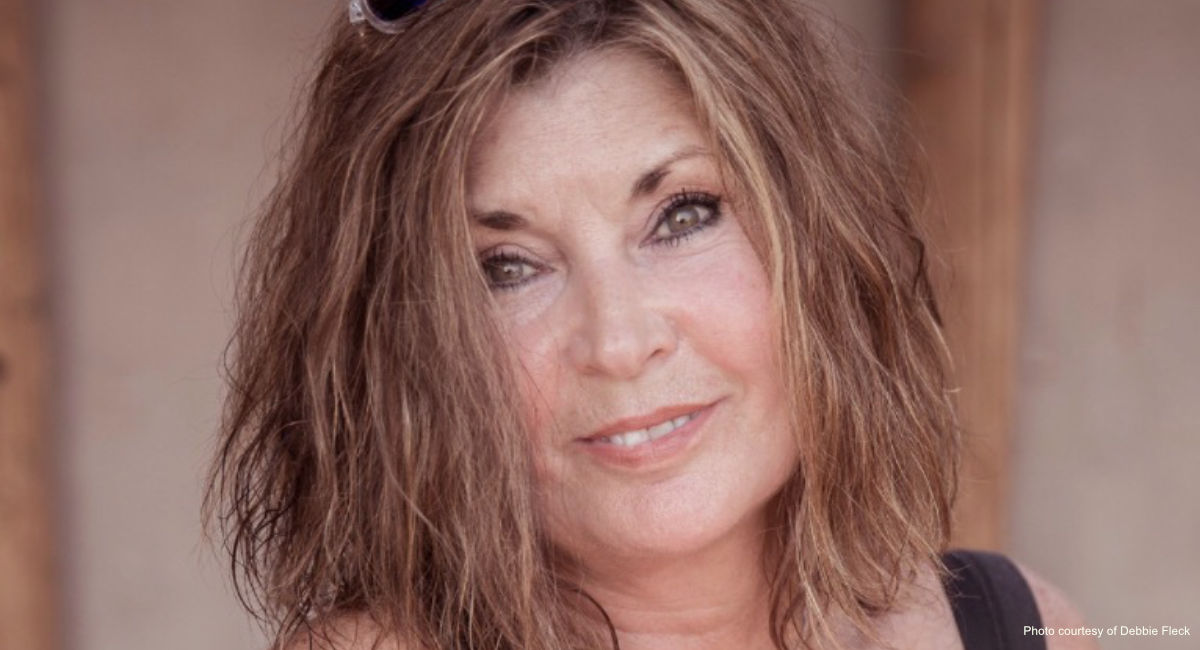 Debbie Fleck was just 16 when she suspected she might be pregnant. Her 21-year-old boyfriend, who she felt had coerced her into a sexual relationship, pressured her into making an appointment at Planned Parenthood. There she learned she was around 10 weeks gestation. Fleck panicked, knowing she would have to tell her parents about the pregnancy.

Fleck told Live Action News, “My parents were furious when I told them. They immediately wanted to ‘fix’ the problem, so they made an appointment for me to have an abortion, against my wishes. They told me there was no other option. I was crushed, and all I could do was cry.”

A distraught Fleck was whisked away to Cleveland early one morning to undergo the procedure that would end the life of the child in her womb. She recalls first meeting with a counselor who assured her that she wasn’t doing anything wrong. “The counselor kept telling me not to be upset, that I wasn’t yet carrying a baby and the procedure would just be removing a clump of cells,” Fleck said. “It was a bunch of lies.”

Fleck sobbed during the abortion, experiencing intense cramping. Afterward, she was transferred to a large room filled with cots upon which other women lay. As tears slid down her face, a nurse inquired as to why she was crying. Fleck looked at her and said, “I just killed my baby.”

A young woman lying next to Fleck turned to her and dispassionately said, “I’ve had six abortions. You’ll be fine.”

Despite this statement from the emotionally numb woman, Fleck was feeling far from “fine” — she had been grappling with shame, regret, and guilt from the moment she was wheeled into the recovery room.

Abortion spurs a path of destruction

After the abortion, Fleck’s world was shattered. She felt she didn’t deserve to be happy. She lost her confidence and engaged in self-destructive behavior such as drinking and making poor choices. Her ex-boyfriend would show up at her house regularly with his friends to harass her family after she was forbidden to continue with the relationship.

Fleck said, “It was such a trying time. I was struggling with the decision my parents had made for me, wanting to believe they had my best interests at heart. But I got involved with unsavory people who pushed me in the wrong direction, and I just allowed it. I didn’t care anymore which way I was headed.”

READ: Her baby’s kick turned her away from late-term abortion and toward open adoption

More than anything, Fleck wished for another baby to fill the void inside. During this time, she connected with a former classmate from junior high school and became involved with him. The liaison resulted in another pregnancy — but this time, Fleck kept the baby and the couple married. Unfortunately, the marriage was unstable.

“My husband was always out drinking, acting irresponsibly, hanging out with bad characters, and even got arrested,” Fleck said. “When he tried to bring the Hell’s Angels into our home, it was the final straw. I realized he just wasn’t capable of being a good husband and father to our son.”

While she dated sporadically after this, she wasn’t interested in pursuing a serious relationship. A friend, however, had other plans, introducing Fleck to someone new. This new boyfriend claimed he was a Christian and he and Fleck attended church services together. Despite her best efforts, Fleck’s demons continued to taunt her. “Plagued with low self-worth, I was looking for love in the wrong places. I married my boyfriend who I thought was a Christian and became pregnant with our daughter,” Fleck said. “But he lived a double life, pretending to be a Christian in public but behind doors was horribly abusive. He was another spoke in the wheel of self-destructive behavior.”

Yet Fleck wouldn’t consider divorce until her young son heard Fleck’s husband screaming at the couple’s one-year-old daughter. The little boy begged his mother to end the marriage.

“At the time, I was only working part-time, and I told my son that I would have to find a full-time job and would be gone more often if we went out on our own,” Fleck said. “He understood my predicament but urged me to move forward. He was the impetus that pushed me to end the cycle of cruelty.”

Fleck had been baptized when attending church with her second husband, but she hadn’t practiced an active faith in many years. She started to again attend church services after marrying her third husband, a doctor, who she met at work. She also became active in Bible studies and church groups.

At a ladies’ church group one day, Fleck was introduced to the Kay Arthur program, “Lord Heal my Hurts.” She was intrigued, although she didn’t feel as if she had any hurts that needed to be healed.  Nonetheless, she decided to participate in the study.

Fleck told Live Action News, “This study really opened my eyes to the importance of self-forgiveness. For too long, I had suffered from the psychological trauma of abortion. Now, I was finally able to talk freely about the secret festering in my soul for 33 years. I felt a tremendous burden lifted and I was eager to share my testimony with other women.”

Fleck started speaking with women at church groups and work, particularly reaching out to those who were contemplating abortions. She wanted them to know how she suffered from the wounds of abortion. She also ministered to post-abortive women, sharing how important the healing process is in helping them move forward with love and forgiveness.

“I wanted these women to know the devastation abortion wreaks not just physically but also emotionally and spiritually. I urged them not to make rash decisions out of desperation, but to explore other options. Once you [have chosen] abortion, you can’t bring your baby’s life back. My story may not be the most compelling, but it has changed a few women’s minds about abortion, so I will continue to share my testimony.”