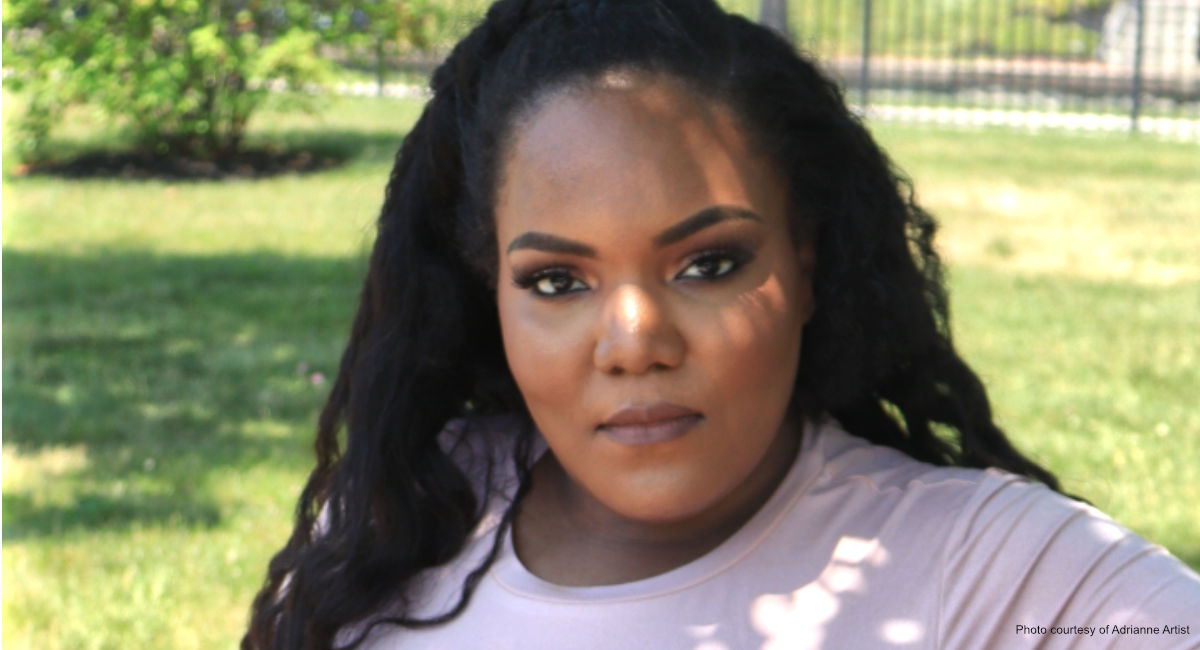 As the daughter of parents who served in the ministry, Adrianne Artist grew up with a solid Christian background. But because of her strict religious upbringing, she was fearful and timid about dating. When in her late teens, she connected with a man online who was five years her senior and lived nearby. Soon, she was sneaking out for secret rendezvous. Then, Artist discovered she was pregnant.

Artist told Live Action News, “I had just turned 18 when I found out I was 20 weeks pregnant. I wanted to get an abortion before my parents found out, but my mother became suspicious when I received repeated phone calls from the doctor’s office, so I had no choice but to come clean.”

While Artist’s mother “hit the roof,” her father remained calm, but it was apparent he was shaken. Given Adrianne’s “tightly regimented life,” her mother didn’t understand how Adrianne found time to engage in a clandestine romance.

Her parents adamantly told Artist they didn’t approve of abortion but conveyed the consequences and challenges she faced whether she chose to parent her baby or place the child for adoption. “My parents took a hands-off approach and left the decision-making to me. In the beginning, I was determined to get an abortion regardless of how my parents felt,” Artist said. “I thought, if the baby goes away, then everything will go back to normal, and I wouldn’t be the bad guy anymore.”

Her mind made up, she flipped through the yellow pages of the phone book seeking late-term abortion facilities. She located one in Maryland that committed late-term abortions, requiring her to travel from her home in Delaware. The cost for the procedure, she was told, was $2,000. Without the means to pay for the abortion, Artist applied for a loan.

Artist said, “The smallest loan amount I could get at the bank I went to was $4,000, but I didn’t care. I was going to get the loan and have the abortion no matter what. As I was walking out the door of the bank with the money in my hand, I felt my baby kick for the first time. It was like he was saying to me, ‘whoa, mom, wait!’

At that moment, the trajectory of Artist’s path changed, and she decided against having the abortion.

Six months into her pregnancy, Artist finally told her former boyfriend she was pregnant and that she planned to raise the child. He was now living with another woman who was also pregnant with his child, but said he wanted to be present in his child’s life. He told Artist he regretted that their relationship had not worked out. But because of their religious differences, Artist felt it best to severe all ties with him.

“Quite simply, he didn’t want me to take our child to church,” Artist said. “I wasn’t willing to acquiesce to that. I could see a lifetime of conflict, so I thought it best he not be involved in my son’s life.”

READ: After seven miscarriages, this woman was inspired to start her own adoption agency

Living with her parents in a tenuous situation, Artist awaited the birth of her son and tried to prepare for the challenges single motherhood would present. One day, she found some literature about adoption her mother had placed on her bed. She learned about open adoption and started to consider it as an option. Open adoption, she reasoned, would still allow her to be involved in her son’s life while placing him with a loving couple who could better meet his financial and emotional needs. She contacted the adoption agency and started the process.

Artist told Live Action News, “My father was adopted but never knew much about his background. Open adoption was attractive to me because I didn’t want my child looking for me wondering why his natural mother placed him for adoption or not knowing about his medical history. It was important to me that my son was placed with an African American couple who could teach him about his heritage.”

Initially, Artist was plagued with doubt, wondering if she was making the right decision. But when she reviewed the information packet of the adoptive parents and spoke with them via a phone call, her concerns dissipated.

“I just knew this couple was the right fit and that everything would fall into place,” Artist said.

Despite her confidence, Artist wasn’t prepared for how difficult it was at first to give her child to another couple. Giving birth to her baby but not having him to hold and nurture caused immense grief for Artist. Fortunately, though, the adoption agency offered counseling services to help ease the transition.

Artist told Live Action News, “Counseling is vital when going through the arduous journey of adoption. I found it important to take advantage of services. My experience inspired me to give back by volunteering as a peer counselor to help other women who need support during a tough time.”

The first year after the adoption, Artist did not contact her son’s adoptive parents. She wanted to be respectful and not generate any undue stress during a time of adjustment. On her son’s second birthday, Artist “broke the ice” by traveling to Atlanta to meet him and his adoptive parents in a hotel lobby. Today, her son — who is autistic — is 16 years old and thriving. Artist now visits at the couple’s home as often as possible.

“Because of his autism, my son doesn’t quite understand the depth of the situation, but we’re all very much a family and we make it work,” said Artist. “He refers to me as ‘Mama A’ and I cherish being present in his life. It’s a win-win situation.”

Looking back, Artist feels sadness that she missed having a baby shower and the happiness that surrounds the birth of a baby, but she doesn’t regret choosing adoption. In fact, she is an outspoken proponent of open adoption.

“The initial pain of adoption lessens over time, especially with open adoption,” Artist said. “When a mother chooses to place her child for adoption, she is enriching the lives of other couples who may be struggling with infertility issues and cannot start a family naturally. Open adoption allows a mother to create the best opportunities for her child. When I look into the eyes of my son’s adoptive mother, I see the same love there that I feel for my son. It is gratifying to know he’s being raised on a foundation of love.”