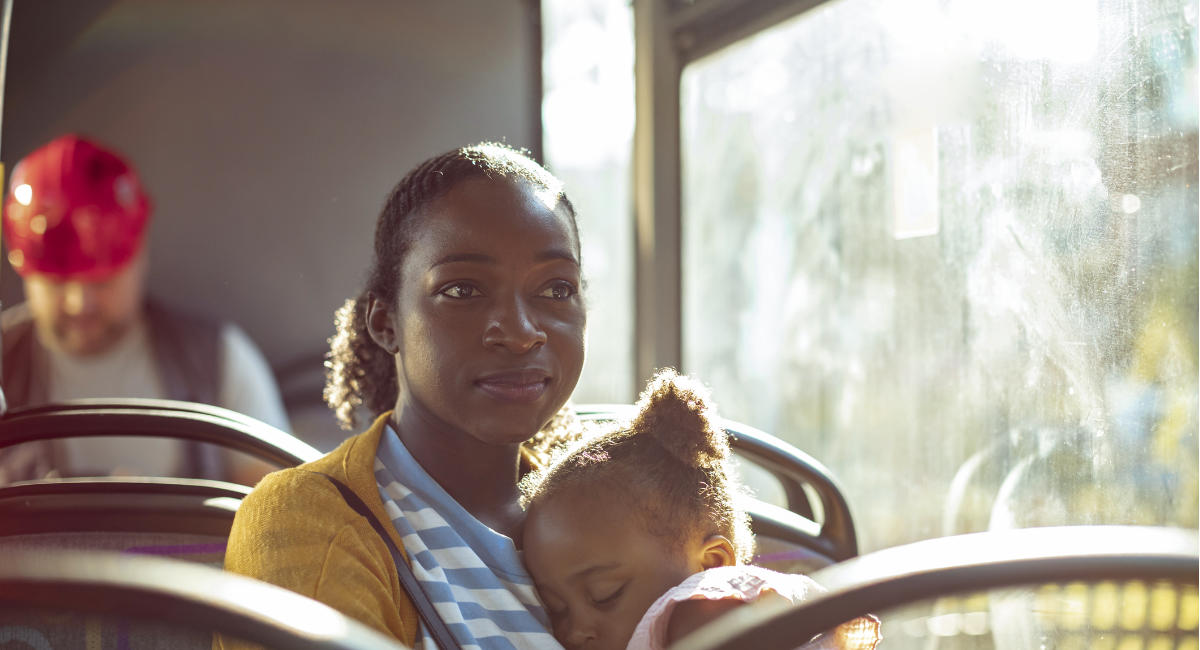 Women in their twenties are still having the majority of abortions in the U.S., according to recent data from the Centers for Disease Control and Prevention (CDC). Other data from the Guttmacher Institute shows that teen abortions have been in decline since 2008. The good news? For the past several years, the abortion rate among all women 15-44 has been in decline. The bad news? New CDC 2019 data indicates that the rate may be ticking upward, due in part to easy abortion pill access. 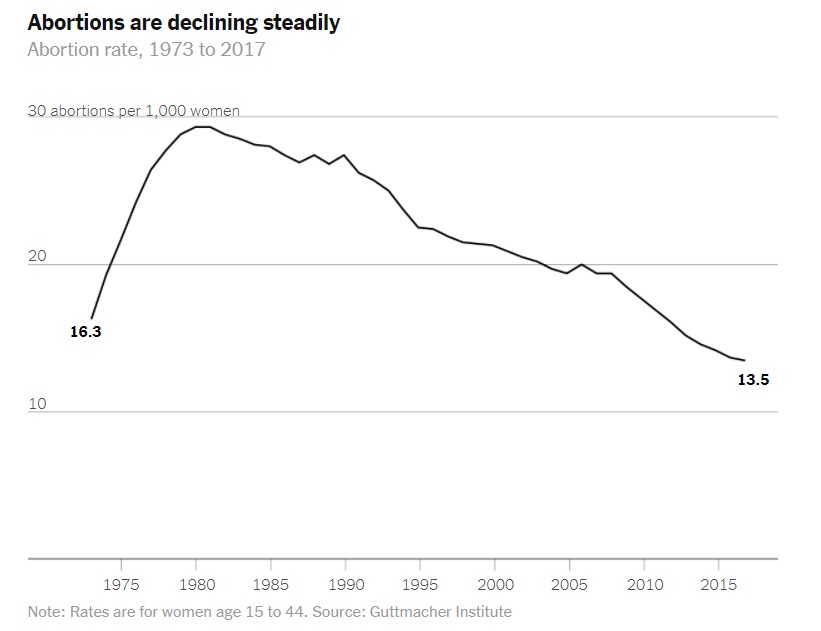 CDC abortion data is voluntarily gathered from a select number of states that require reporting. The most current abortion report published by the CDC is for 2019, but not all states collect data on the characteristics of abortion clients. The second national reporting agency is the Guttmacher Institute, a former “special affiliate” of Planned Parenthood, which gathers more comprehensive abortion data than the CDC. Guttmacher’s published abortion numbers are from 2017, yet their information on characteristics of abortion clients are based on 2014 data — years behind the CDC.

Separately, Guttmacher researchers Rachel K. Jones and Jenna Jerman also published a report using 2014 data on abortions. Below is what they show.

Most are women in their 20s

CDC’s 2019 report drew its data from the 49 areas that reported abortion numbers by women’s age, and found that women in their 20s accounted for the highest percentage of abortions (56.9%) and had the highest abortion rates (37.6 abortions per 1,000 women).

In contrast, while adolescents less than 15 years old made up just 0.2% of the overall abortion percentage, they accounted for the highest abortion ratio (873 abortions per 1,000 live births): 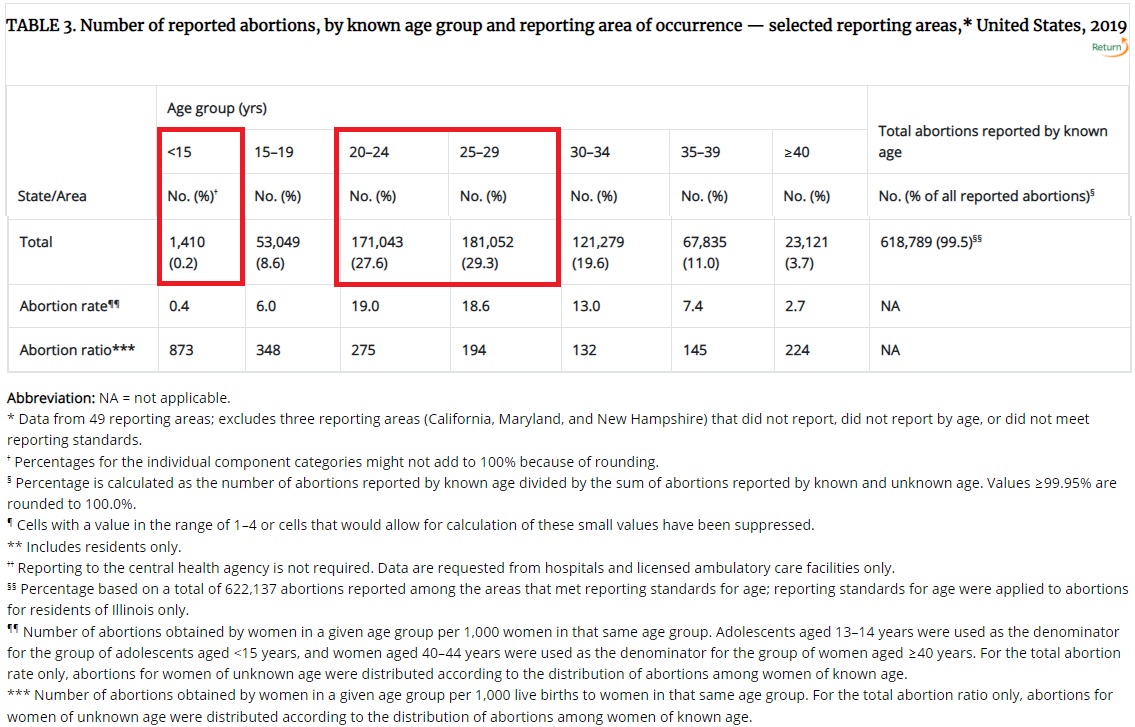 This seems to line up with previous data from the Guttmacher Institute which reported that in 2014, more than half of all U.S. abortion patients — 60% — were in their 20s, while 25% were in their 30s.

“The proportion of abortion patients who were adolescents declined 32% between 2008 and 2014,” a separate Guttmacher report stated, adding that “… the proportion accounted for by 15–17-year-olds declined 44% over this period, and that among 18–19-year-olds dropped by 25%.”

Most abortion clients have had a previous live birth

Every woman who is pregnant is “already a mother” of a baby not yet born, but the CDC data indicates that, “Six in 10 women who have abortions are already mothers, and half of them have two or more children,” NYT’s claimed.

In 2014, data from Guttmacher indicated that 59% of women obtaining abortions had previously had a live birth.

Live Action News previously reviewed a study which analyzed a population approximately 583 times larger than the sample used by Guttmacher. This study found that abortion among low-income women who have had previous children is “exceedingly uncommon, if not rare.”

Most abortion clients are unmarried

Data compiled by Guttmacher researchers for 2014 found that never-married women accounted for the largest proportion of abortions (45.9%) and had an abortion rate of 16.9 per 1000.

“Women cohabiting with but not married to their partners had the highest abortion rate: 31.0 per 1000. Between 2008 and 2014, declines in abortion were most pronounced for cohabitating women (39%) and lowest for married women (21%), although the latter group had a low abortion rate in both periods,” Guttmacher noted.

Most abortion patients have had no prior abortions

“Though some women have more than one abortion in their lifetime, the typical abortion patient has never had one before,” NYTs recently tweeted.

In 2019, 44 areas reported data on abortion clients with a ‘previous abortion‘ to the CDC. Eight areas did not report (California, District of Columbia, Illinois, Maryland, New Hampshire, New Mexico, New York State, and Wisconsin). The 2019 data shows that “the majority of women (58.2%) had previously had no abortions,” the CDC wrote.

A 2020 study published in the Journal of Health Services Research and Managerial Epidemiology found that aborting a first child makes a woman more likely to abort in future pregnancies.

Black women had the highest abortion percentage, rate, and ratio

CDC’s 2019 report reveals that while Black Americans made up just 12.2% of the population, they accounted for 38.4% of the abortions.

Abortion is tethered to eugenics, and the CDC’s 2019 data confirms that communities of color, which have a disproportionate number of abortions, are still being targeted for eugenic abortions. A detailed review of abortions by race and ethnicity can be viewed at Live Action News, here.

Black women account for most abortions committed later in pregnancy

In 2014, Guttmacher claimed that “women with less education, Black women and [w]omen who had experienced multiple disruptive life events in past year” were more likely than others to have had an abortion at or beyond 13 weeks’ gestation.

Most had a low income

Guttmacher researchers noted in their report that in 2014, “For the first time in 2 decades, the abortion rate declined among women with incomes less than 100% the federal poverty level. Still, the abortion rate for this group was the highest of all the groups examined, and the decrease in abortion was less pronounced than was that for higher income women.” They also noted that this group “had the highest abortion rate of all groups we examined; 36.6 per 1000.”

“As income levels increased, the abortion rate decreased; women in the highest income group had an abortion rate less than half the national rate: 6.0 per 1000. Although abortion declined for all income groups between 2008 and 2014, poor women experienced the smallest decline (26%), and the declines grew greater with income,” Guttmacher’s researcher added.

The CDC does not report abortion characteristics based on income, education or religion.

Most had at least a high school education

“In 2014, 1 in 5 abortion patients (aged 20 years and older) had a college degree, and this group had the lowest abortion rate, 10.3 per 1000, compared with 14.2 to 20.0 per 1000 for the other education groups. Declines in abortion were steepest for women aged 20 years and older who had not graduated from high school (33%),” Guttmacher’s researchers wrote in their report.

According to Guttmacher, in 2014, 9% of abortion patients aged 20 or older had less than a high school degree, and 91% had graduated from high school; more than one in five had a college degree.

Most had some religious affiliation

In 2014, Guttmacher found that, most (38%) women getting abortions reported no religious affiliation. In addition, 24% were Roman Catholic, 17% were mainline Protestant, 13% were evangelical Protestant, and 8% were another affiliation. 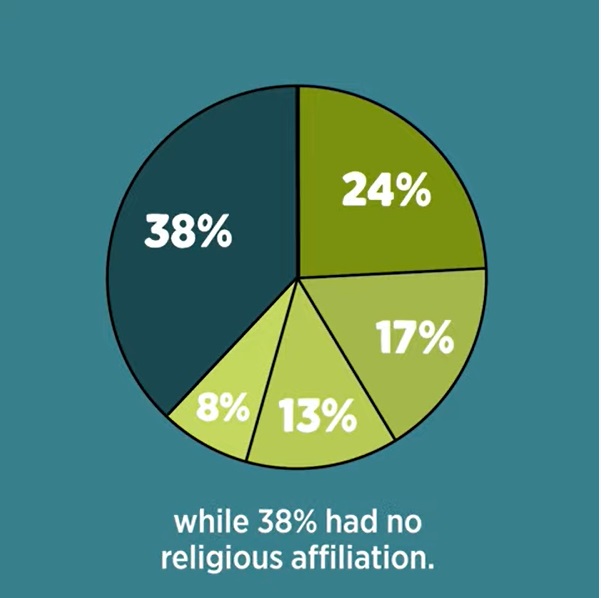 Abortion characteristics by religion per Guttmacher Institute for 2014

A closer review of data reveals a decline in abortions among all religious groups from what was reported in 2008.

“The proportion of women who identified as mainline Protestant declined by 24% since 2008, whereas the proportion with no affiliation increased by 38%. The proportion identifying as Catholic decreased by 15% from the earlier survey, though this change was only marginally significant,” Guttmacher wrote.

Most paid for their abortions out-of-pocket

Guttmacher data from 2014 also revealed that “The majority of patients (53%) paid for their abortion out of pocket.” However, Guttmacher added that “Medicaid was the second most-common method of payment, used by 24% of patients.” A survey published by Guttmacher in 2017 revealed that women who have taxpayer-funded abortions tend to have more abortions.

Despite the abortion lobby’s attempts to claim poor women need the public to pay for their abortions, they know full well statistics show that when abortion is subsidized by taxpayers, abortions increase, financially benefiting abortion businesses.