Aborting a first child makes a woman more likely to abort in future pregnancies, claims a new study published in the Journal of Health Services Research and Managerial Epidemiology. This study is a first-of-its-kind, population-based analysis. Funding for the project came in part from the Charlotte Lozier Institute (CLI), the research arm of SBA List, a pro-life organization.

Women who gave birth or experienced natural losses during their first pregnancies were more likely to have another birth (rather than abortion) with each subsequent pregnancy. 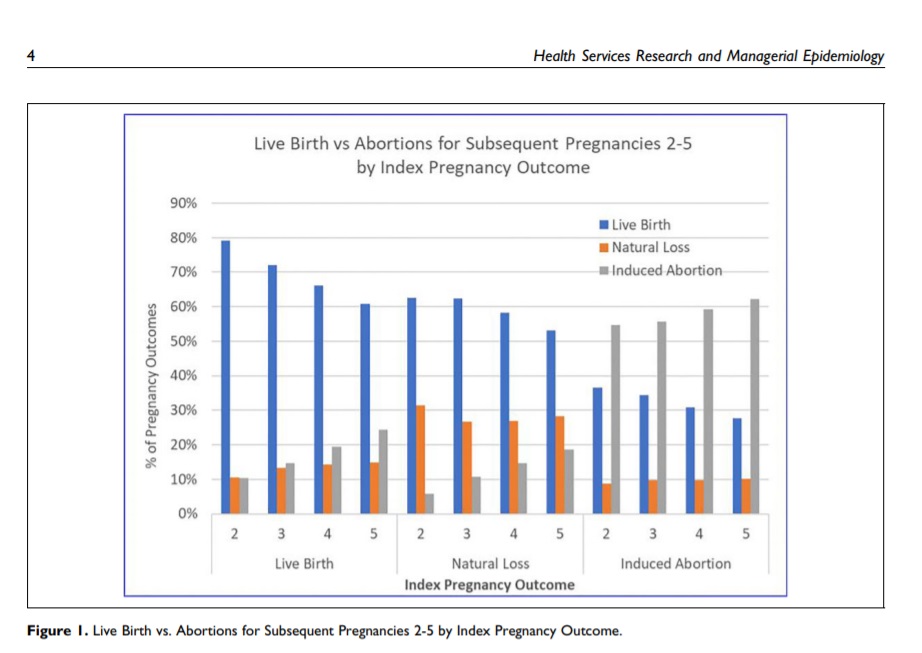 Researchers found that “[w]omen under the age of 17 who experience an index birth [first pregnancy resulting in a live birth] were more likely to experience another birth rather than an abortion for subsequent pregnancies… At the second pregnancy, they are 5.8 times more likely to have a birth than an abortion. By the fifth pregnancy, they are 2.2 times as likely.” Results remained consistent among other age groups, but the authors noted that “women 36 [plus] are the most likely to select birth rather than abortion for subsequent pregnancies,” unless their first pregnancy was an abortion.

While authors found a similar result among differing races, they discovered that outcomes related to the first pregnancies “had significant racial differences.” 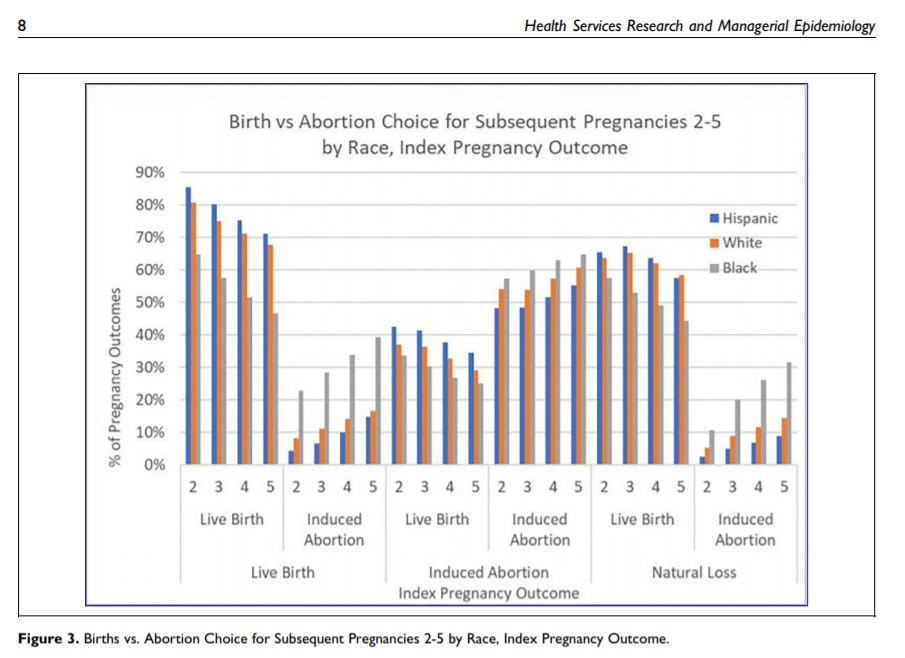 According to the authors, “low-income women who have abortions are more likely to have more overall pregnancies, including more subsequent abortions, [and this] would tend to support the body of evidence indicating that abortion is associated with greater subsequent reproductive health risks,” the authors also wrote. “The hope that easier access to abortion would decrease maternal mortality has been rebutted by evidence to the contrary.”

The researchers also found that in states that use taxpayer dollars to fund abortions, Medicaid beneficiaries represented more than half of all abortions, a fact previously documented by Live Action News and others.

A 2018 Guttmacher analysis found “Medicaid was the second-most-common method of payment, reported by 24% of abortion patients,” because the “overwhelming majority” of patients lived in states that allow state taxpayer-funded abortion. In 2017, Guttmacher revealed that women who have taxpayer-funded abortions also tend to have more abortions, and revealed that the majority of those women were using contraception when they became pregnant.

“Patients who paid for their abortion procedure with their own funds were less likely to have had a prior abortion than those who used health insurance or received financial assistance,” Guttmacher wrote.