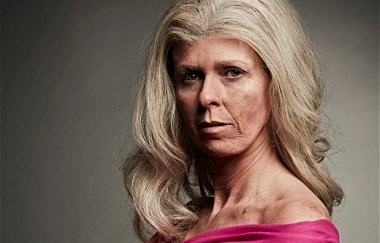 How can pro-aborts call themselves “pro-choice” when they fight so ardently against giving women all of the facts? 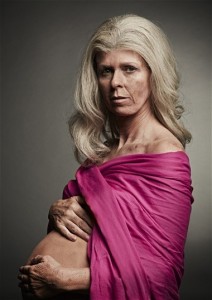 One common tale that women are told, over and over, is that we can have it all. We can go to college, have a fabulous career, and then, whenever we’re ready, get married and have a family. Why rush things? We have our whole lives ahead of us.

Unfortunately, that’s simply not the case. It isn’t popular to say so, but women don’t have their entire lives to have children. It’s a biological fact that childbearing becomes more difficult, and more dangerous, once a woman reaches her 30s. As her age climbs, so do her risks. But are we allowed to mention this uncomfortable truth? Not really.

A new ad campaign, Get Britain Fertile, is encouraging women to stop putting off concerns about fertility until the last minute, and to factor fertility into their long-term life plans. Aviva Shen at Think Progress is outraged by this, predictably enough:

[F]irst Response has decided the solution to the trend of women waiting longer to have children is to criticize them, prey on their fears of aging, and exploit social disgust for even moderately sexual old women.

… As technology allows women to have more and more control over their reproductive decisions, efforts to dictate the correct time and methods women should use to get pregnant are growing more common. A recent Singaporean ad campaign took a similar approach with a series of patronizing leaflets using fairy tales to depict women’s waning fertility. Jezebel compiled the lengthy laundry list of things pregnant women are often told they must or must not do in order to successfully bear a healthy child.

First Response’s and other fertility campaigns will probably have little impact on the birth rate. But they will perpetuate the insidious notion that women, and women alone, are to blame for any reproductive troubles they may have.

Infertility is, I imagine, heartbreaking to go through. But when a woman chooses to put off having a child until she is in her 40s, does she not bear some level of responsibility? Unless, of course, the woman was simply never told that putting off having a baby until she’s 37 could be incredibly risky because it’s just such an uncomfortable truth – at which point we have to ask ourselves, how long can adults use ignorance as an excuse? This isn’t to say that older women deserve to be infertile, but simply that this is the ugly truth of reproductive abilities for women, and it doesn’t go away just because we want it to be different.

Shen also claims that women are aware that increased age could mean decreased fertility. As Jessica Grose at Slate points out, though, this isn’t exactly true. A 2011 study found that women between the ages of 25-35 who never had a child overwhelmingly wanted children, and also thought that they would not have problems conceiving if they chose to wait until their 30s to have a baby.

What does this have to do with abortion? Well, as stated above, women in their 20s are told that they have plenty of time to have a baby, that there’s no need to rush things, and that they should focus on what is basically an extended adolescence instead of getting married and starting a family. And indeed, when looking at reasons women provided for having abortions, they overwhelmingly are due to supposed inconvenience – would get in the way of school or career, not ready, not enough money.

What would these same women say if they knew that their abortions took away the only chance they had to have children? For some of them, this will be the truth. For others, they will have to endure years of the pain of trying to get pregnant, and possibly pay tens of thousands of dollars for fertility treatments. For the women who feel that it just isn’t the right time in their lives to have a baby, and feel that things will be easy-peasy when they do decide the timing is right in their 30s, how differently would they feel if they knew the truth about women, fertility, and aging – or that having an abortion increases their chances of miscarriage?

It isn’t right that women are so often lied to when it comes to issues like fertility and abortion. Abortion clinics lie to women about pregnancy and fetal development; women are lied to about the relatively small window of fertility that we possess and the fact that no, we cannot always have it all. How can pro-aborts call themselves “pro-choice” when they fight so ardently against giving women all of the facts?