How abortion data is collected:

There are two national groups that collect data on abortion, and there are a number of differences in the two reporting agencies. 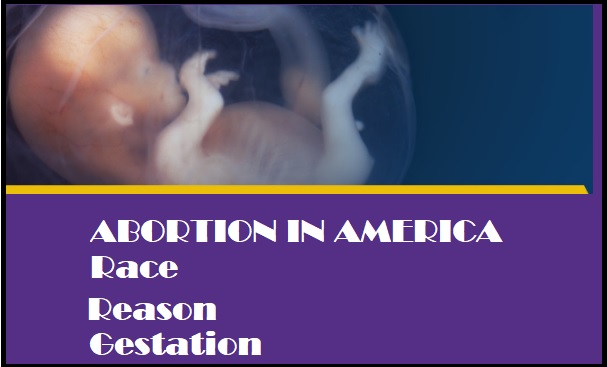 The reasons given for abortion:

Not all states report abortion data, and only a few states require “reasons” to be given; therefore, this data is extremely limited.

What about Roe v. Wade? Does it really permit abortions in all months of pregnancy?

Which states restrict whether minors can obtain abortions?

What are the abortion laws in your state?