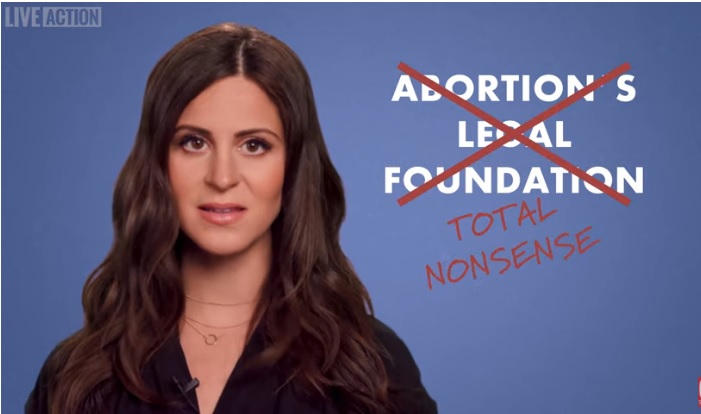 The legal foundation of abortion in Roe v. Wade, the Supreme Court decision that legalized abortion on demand throughout the United States, is nonsense. In a newly released Live Action video, Live Action president Lila Rose details what led up to the decision and what it was based upon. As viewers will see, the case is based upon the most shockingly questionable of premises.

As previously documented, Roe was actually decided by men in a 7-2 ruling. The women in the case, Norma McCorvey (Jane Roe) and Sandra Cano (Mary Doe in the companion Doe v. Bolton case), claimed they were lied to and used by activist attorneys seeking to legalize abortion.

Roe v. Wade case and Doe v. Bolton were argued together. They were presented two times before the High Court, first in December of 1971 just after Justices Hugo Black and John Marshall Harlan II retired from the bench. Nixon appointed replacements, Justice Lewis F. Powell Jr. and William H. Rehnquist, did not join the court until January of 1972. As such, the case was re-argued the following October.

A decision in the cases favoring legalized abortion was rendered on January 22, 1973. These two cases combined essentially allowed for unrestricted abortion on demand in all months of pregnancy. The language of Roe originated years earlier when it was drafted by the American Law Institute’s (ALI) Model Penal Code on abortion.

Doe’s broad definition of health included “physical, emotional, psychological,” and “familial,” health as well as the age of the mother. Rose explains, “Any justification for a third trimester abortion could fall under such a health exception. Today, America is only one of seven nations that allows abortion for any reason through all nine months of pregnancy.” 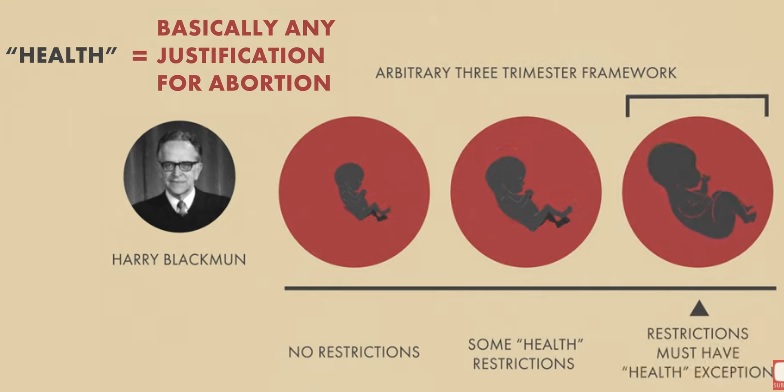 The “health exception” ideology can be credited to Planned Parenthood’s former president, Dr. Alan F. Guttmacher, a known eugenicist and humanist who did not view the life of the child as equal to the woman. “By defining ‘life’ to include mental well being… Guttmacher claimed that there were instances in which it was appropriate to protect a woman’s ‘life’ by taking the life of her fetus,” wrotes abortion historian Daniel K Williams:

“I don’t like killing,” Guttmacher stated in a public lecture in 1961.

“I don’t like to do abortions but as many of you probably fought in World War II and killed because you wanted to preserve something more important, I think a mother’s life is more important than a fetus.”

“Justice Harry Blackmun’s argument in Roe v. Wade ultimately concluded that a woman’s choice to have an abortion was covered under a supposed ‘right to privacy,'” Rose goes on to say. 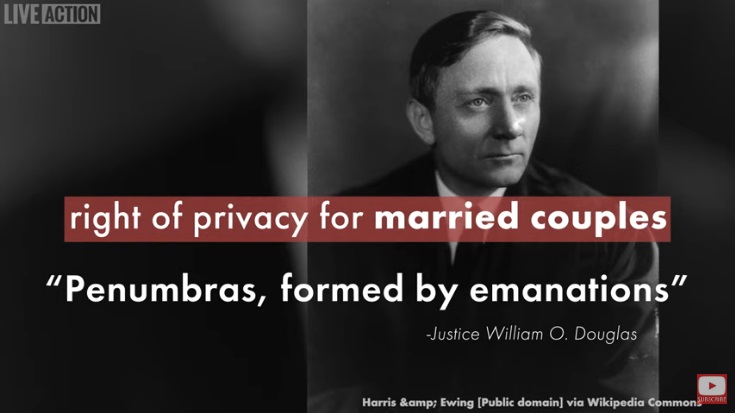 Roe v Wade abortion decision and based on alleged right to privacy (Image: Live Action video on history of abortion)

“[I]n order to make abortion on demand the law of the land, Blackmun effectively ruled that killing a child in the womb is justified because it is ‘private,'” says Rose. But, she adds, the so-called right of privacy has a weak legal foundation:

The right of privacy originated in the 1965 case Griswold v. Connecticut, in which the Supreme Court decided that certain state restrictions on contraception were unconstitutional because there is a “right of privacy for married couples” that protects their ability to obtain contraception. This “right to privacy for married couples” has a famously vague foundation. Justice William Douglas wrote that: “Penumbras, formed by emanations” from various parts of the Constitution gave married couples this right to privacy.

What is a “Penumbra”?

Rose says “penumbra” is defined as “the partially shaded outer region of the shadow cast by an opaque object” or as “the shadow cast by the earth or the moon over an area experiencing a partial eclipse,” or “the less dark outer part of a sunspot, surrounding the dark core.”

Here’s how it breaks down: 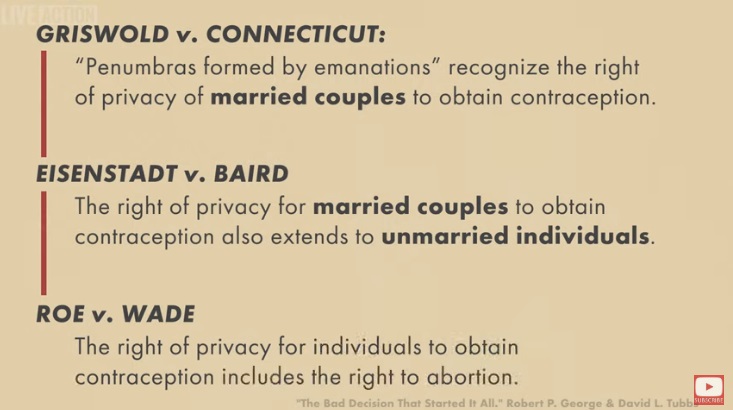 “That is the ridiculous legal foundation for abortion in America. And it’s exactly what happens when the Supreme Court twists the words of the Constitution to fit an ideology.”

Blackmun exposed how Roe would collapse on itself

Justice Blackmun admitted in Roe that if prenatal “personhood is established,” the case for abortion “collapses, for the fetus’ right to life would then be guaranteed specifically by the [Fourteenth] Amendment.” 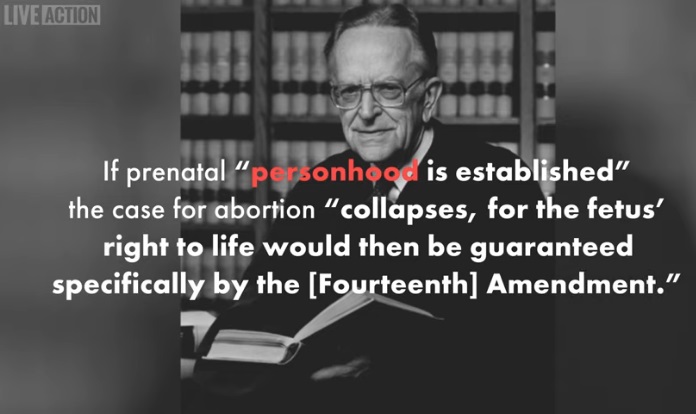 “According to Roe v. Wade itself, the entire case for abortion depends on dehumanizing and depersonalizing an entire group of human beings just because they ‘re young and in the womb,” Rose emphasizes.

“Think of all the other human rights injustices that have been based on human beings not being recognized as persons. Abortion is no different. Science, reason, and legal precedent all definitively show the personhood of children in the womb, and so the Roe v. Wade opinion openly reveals where it self destructs,” she says.