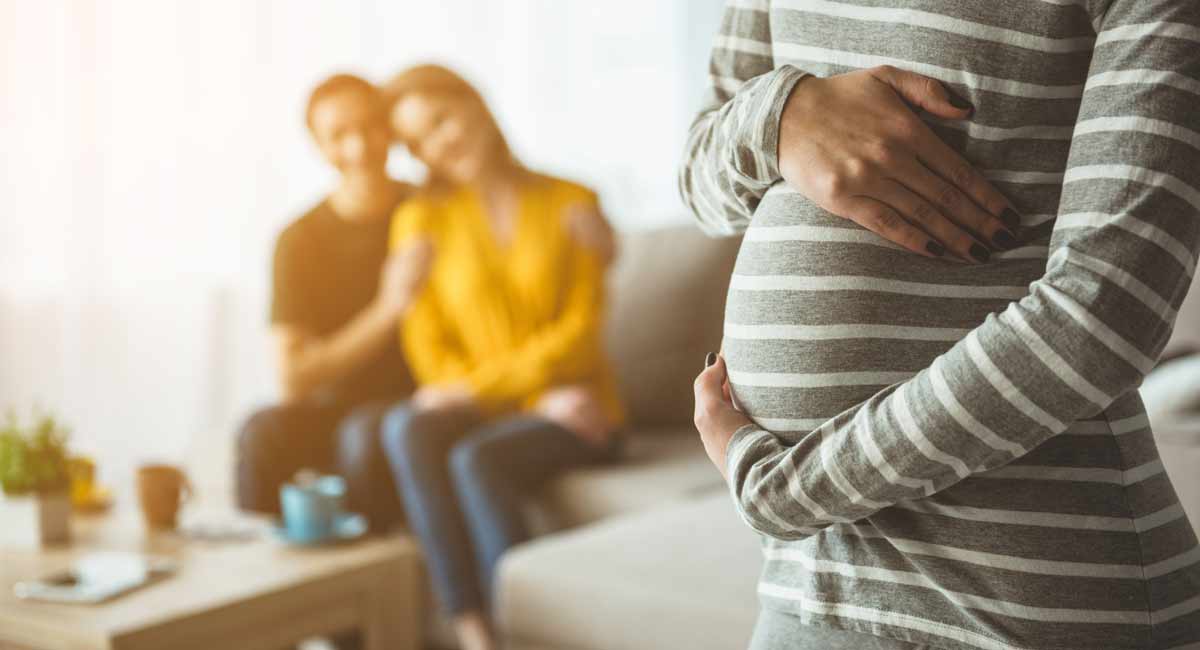 Tanya was 25 years old when she found herself facing an unplanned pregnancy. Feeling that she wasn’t financially or emotionally prepared to raise a child, she considered abortion. Ultimately, she decided against abortion and gave birth to her baby boy, placing him for adoption. Years later, that decision proved to be one of the best she ever made.

“After giving birth, my child was given up for adoption, as I had planned many months before,” she said in an essay for Love What Matters. “I didn’t care to know about the adoptive family. I didn’t even know what they named him,” she said, expressing how difficult it was for her to place her son with an adoptive family. “Any detail was like a knife digging an inch deeper, so I asked for none. I couldn’t handle the wounds. The guilt was unbearable. But I knew it was better off this way and the best decision for me at the time.”

Tanya moved on with her life, got married and then divorced. But she was never able to have children. She wanted them “very badly” and dealt with the physical and emotional toll of miscarriages. She said she was happy, but felt “there was always something missing in my life.”

Eventually, she moved from Portland to Calabasas, California, and her entire world changed. At the grocery store, she turned a corner and crashed her shopping cart into a man restocking the shelves. As she apologized and help him pick up fallen boxes, she felt a connection.

“I went home that day in the strangest of moods,” she wrote. “I felt like my brain was trying to tell me something but couldn’t get over the cloudy fog hovering over it. Grocery bags on the table, unpacked, I sat and contemplated at my dining room table. I kept thinking about the man in the store. His smile. Not in a romantic way, but in a bizarre, uncontrollable, heart-tugging, soul-quaking kind of way. I felt like I had known him before, seen him in a past life. Or maybe in a dream.”

Three months went by before Tanya would see him again at the grocery store. Thinking he may be on break, she sat at a table right in front of him. She asked him if she knew him. He said no, but he introduced himself saying his name was Timothy. As they struck up a conversation about how she had crashed into him months earlier, she asked if he was adopted. He was.

Timothy told her that his parents had both died – his father in a car accident when he was just seven, and his mother of breast cancer almost two years earlier when he was about to be 38. Now he was almost 40.

“I felt my heart pumping out of my chest,” wrote Tanya. “In my head, I thought, ‘I gave birth to a child 40 years ago.’ But… it couldn’t be. We chatted a little longer. I honestly don’t know about what. My thoughts were bouncing around like crazy. At one point, he added, ‘I still don’t know my birth mom.'”

That conversation led Tanya on a search for her son. A DNA ancestry test helped her find him. But, to her disappointment, his name wasn’t Timothy. It was Rob. Weeks later, she received the phone call she had been waiting for, telling Love What Matters of the conversation:

“‘Hello?,’ I said. ‘Hi, this is Timothy. This is your son. I got your emails.’ I immediately said, ‘Timothy… I thought your name was Rob… My son’s name is Rob it said.’ He chuckled nervously. ‘Rob is my birth name, but I go by Timothy. Or Tim if you’d like.’ My eyes filled with tears. I swear to you my body felt ten tons lighter, though my heart was heavy with love. For the first time in a while, my mouth caught up to my mind. ‘Tim. I’ve seen you in my dreams. I’ve also crashed into you with my shopping cart…’ He didn’t speak for a while. He only sobbed, my tears flowing with him. I knew in that moment what my soul had been missing all those years. It was missing my Tim.”

Had she chosen abortion, Tanya never would have had this moment. She never would have been able to experience being a mother, even if it came decades later than she had hoped. Tanya said she will love Timothy unconditionally for the rest of her life and will never leave him again.