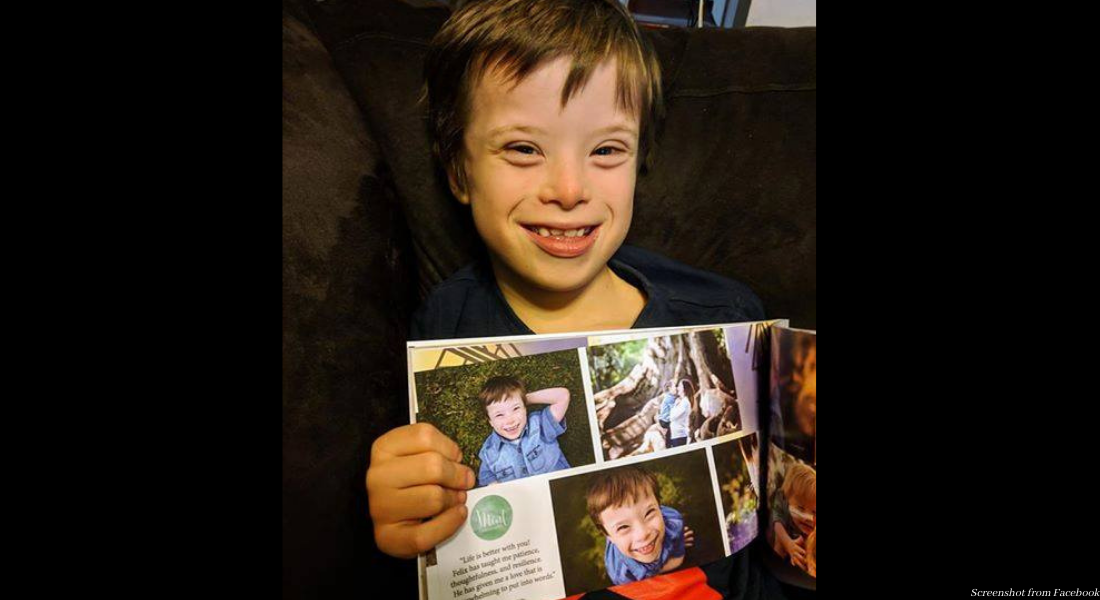 A new portrait book featuring children with Down syndrome in Australia is aiming to smash stigma against the condition. Most parents choose to have an abortion after receiving a Down syndrome diagnosis, or are pressured to have one. But one mom decided to take action to try to change that.

Stephanie Rodden, founder of Celebrate T21, was told by doctors that she and her husband had “a decision to make” when their son Lincoln was believed to have Down syndrome. “[Our doctor] wasn’t about to connect us in with other families and all he had was the hard-fact medical terms and a negative spin on things,” Rodden told the Australian Broadcasting Corporation (ABC).

And with information learned from her work in the Down syndrome community, it became clear that Rodden wasn’t alone. “When they go to their obstetrician and paediatrician, they would get the medical facts and often families get quite a negative tone to their diagnosis with an apology at the beginning,” she said. “We’re trying to change that narrative to be more positive and a ‘congratulations’ because we’re having a baby and that should be celebrated.”

READ: Mom asks doctors why they think people with Down syndrome are ‘less valuable’

One of the ways she’s hoping to change things is through a portrait book, the third version of which is being displayed at a gallery in Wollongong. One of the moms who participated, Kylie Paskett, wanted to disprove the negative things she was told after receiving a prenatal diagnosis. “We had a terrible experience when we were told at 20 weeks,” she told ABC. Paskett explained she was told she would need to get the diagnosis confirmed immediately, so she could have an abortion and was further told that her child would never be able to walk, talk, or feed himself — an outright lie that has no basis in fact.

The video below shows Celebrate T21’s portrait book from one year ago, in 2020:

By participating in Rodden’s portrait book, Paskett was excited to showcase who her son, Felix, actually is. “He is a handsome, absolutely hilarious 10-year-old boy who is full of character,” she said. “The entire exhibition shows a glimpse into our world and it shows kids and adults who are loved, cherished members of their families and who are full of life. It smashes the old stereotypes of what people with Down syndrome look and act like.”

The negative stereotypes of Down syndrome and other disabilities continue to flourish in Australia, but it’s just the tip of the iceberg; people with disabilities are routinely mistreated. Ensuring that they have health care has been called a “national disgrace,” with people nearly dying because they aren’t given access to the medical care they need. Mothers have recalled how medical personnel have made appointments for abortions on their behalf without even bothering to ask if they wanted them first. Australian media also issued glowing reviews of prenatal screenings that could, in their words, “effectively end Down syndrome” by ensuring it is detected before birth so those children can be killed.

For Rodden and Paskett, the portrait book is an opportunity to begin changing how people view Down syndrome and other disabilities. “I want people to see what he and others with T21 can do, and not focus on what they can’t,” Paskett said. “I want him to be loved and respected for who he is as a person. And I want those old stereotypes to be left in the past and for people to see that society is so much better for having diversity as a part of it.”