On Tuesday, Xi Jinping will officially become president of China. With the new presidency may come some changes to China’s governmental structure. China has recently announced that there may be some future changes to its different ministries. Several rounds of consolidation have occurred in the past, but this year may bring even more consolidation. One such consolidation is that the Family Planning Agency could become part of the Ministry of Health. It’s the Family Planning Agency that currently is the watchdog of the One Child Policy.

All Girls Allowed, an organization calling for the end of the One Child Policy, believes that the possible merger could have two different results:

The potential outcome of such a merger is unclear, but there are two possible scenarios: (1) the One-Child Policy will be enforced with greater brutality as the Family Planning Commission gains access to hospitals and clinics; or (2) the merger will effectively eliminate the Family Planning Commission and strip all of its workers of their authority to carry out forced and coerced abortions. 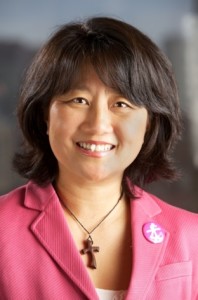 Chai Ling, All Girls Allowed founder, has asked people to set aside Tuesday as a day of prayer and fasting for China’s leaders as Xi Jinping takes his place as president:

Come, join us as we take a front-row seat to view God’s deliverance of his people in China!  We prayed before the blind attorney Chen Guangcheng escaped, and the Lord delivered him.  We prayed before Feng Jianmei’s case was brought to the light, and it quickly captured international attention.  We prayed for policy change, and the vast majority of Chinese provinces banned late-term forced abortion.  Our Lord Jesus clearly hears us, and he so desires for us to come before him in thanksgiving and intercession, that he might send his redemption on China.

Our God is an awesome God.  Let us ask him to give courage to China’s leaders to do what is right and just.  May he continue to part the Red Sea and release his people from the yoke of slavery!