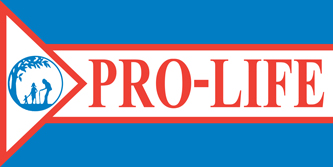 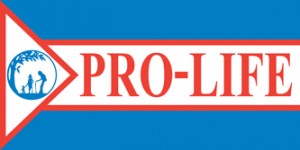 Just one week after flying a rainbow flag in recognition of “gay pride celebrations,” Kelowna, British Columbia has refused to fly a pro-life flag. For years, the city has operated under a policy which allows different groups to submit a design for a flag and have it flown on a city flagpole in front of city hall.

Marlon Bartram, executive director of the Kelowna Right to Life Society, said the city hall rejected the flag’s original design, which included the words ‘From conception to natural death’ along the bottom of the flag.

‘That statement apparently violated their policy that the flag cannot advocate a certain point of view, be it political, religious or ethical,’ Bartram said.

The second flag design, which is being considered by city staff, is blue and white, with red stripes and with three silhouettes — a toddler, an adult and an elderly person — and with the word “pro-life” printed in capital letters across the centre.

Now, however, Bartram and the Right to Life Society have received their final answer, and it’s a resounding “no.” For some reason yet to be explained, Kelowna’s city council decided they needed to revise their flag flying policy just in time to refuse Bartram’ request. From CBC News yesterday:

Kelowna city councillors have voted to stop flying any ‘courtesy flags’ in front of city hall after an anti-abortion group applied to fly their pro-life flag. …

[N]ews of the flag-raising sparked public outcry and on Monday night city council decided that no flags would fly at city hall other than the Canadian flag, the B.C. flag and the city’s flag.

It seems that even CBC News – a general news agency – recognizes that the new policy was passed in response to the pro-life group’s request and protests against their request. Of course, the policy will now prevent any group from flying a flag at city hall. As passed, the new policy is “viewpoint neutral” – an important requirement, at least in the United States. However, while Kelowna Right to Life Society was not discriminated against in law, the group has still been discriminated against by the city council’s timing and actions.

Two things are apparent from this disappointing story out of Canada. First, too many political officials appear to be swayed by a desire to remove themselves from controversy instead of being willing to take a stand for what is right, just, and equal. We ought to remember this when we choose whom to vote for come November. Second, pro-lifers need to keep speaking up. Even if we are discriminated against, our actions, petitions, words, prayers, and stances do indeed make a difference. According to the Kelowna Right to Life Society, multiple major news outlets – including the CBC, the Globe, and the Mail – are now talking about the Kelowna Right to Life Society and the Protect Human Life week.

While it’s sometimes discouraging to be the target of discrimination, we ought to take a plan of action away from this story: more Canadian and American citizens should ask their own city councils to proclaim a Protect Human Life week! How ’bout it?