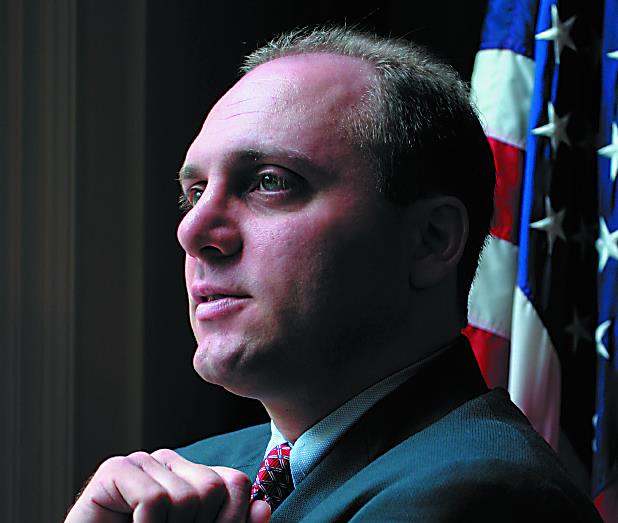 On Wednesday morning, U.S. Representative and House Majority Whip Steve Scalise (R-LA) was shot by a gunman. The GOP congressional baseball team was at a scheduled practice when shots rang out. Law enforcement on the scene is calling the shooting a “deliberate attack.” Rep. Mo Brooks, an eyewitness, spoke to CNN:

Brooks said there were a number of congressmen and congressional staffers lying on the ground, and at least one of them was wounded. The Alabama Republican said he used his belt as a tourniquet to help one of the victims.

“The gun was a semiautomatic,” Brooks said, adding that he was sure it was a rifle but unsure what kind. “It continued to fire at different people. You can imagine, all the people on the field scatter.”

CNN reports that Rep. Scalise “crawled with a trail of blood” after being hit. He is still alive, but in the hospital. Several members of Rep. Scalise’s staff and security detail were shot as well. Security generally does not attend the baseball games or practices, unless a member of leadership is present.

Pray for Rep. Steve Scalise of Louisiana, but also remember staffers were shot as well, They all need our prayers.

Rep. Steve Scalise is known for his stand on the life issue. As House Majority Whip, he has been involved in plans to defund abortion giant Planned Parenthood. CQ Roll Call reported in 2015 that Rep. Scalise was “developing a new approach to de-funding Planned Parenthood.” His plan was to use the reconciliation process to strip taxpayer dollars from Planned Parenthood — under scrutiny for corruption, rising abortions, and the return of minors to their sexual abusers. Federal taxpayer dollars would be redirected to comprehensive health care clinics around the nation that do not commit abortions but outnumber Planned Parenthood by the thousands.

UPDATES: Rep. Roger Williams (R-TX) was also shot and taken away on a stretcher, according to Fox News.

9:17 AM ET: Rep. Roger Williams’ office released a statement clarifying that a member of the Congressman’s staff was shot and is in the hospital, not the Congressman himself.

Rep. Roger Williams, R-Texas, says a member of his staff was shot in Alexandria and is receiving medical attention https://t.co/hP3SH5TGWs pic.twitter.com/NwZ1KSvvHu

9:38 AM ET: Sen. Jeff Flake, who reportedly helped stop Scalise’s bleeding, says the gunman “had a lot of ammo.” Rep. Jeff Duncan, who is expected to give a statement to police, has reportedly said he had a conversation with the then-unknown gunman prior to the shooting. Duncan was asked, “Are those Republicans or Democrats out there practicing?” The Democrats were practicing on a separate field at the time of the shooting.

11:04 AM ET: Reports say the gunman was running for the dugout with his semi-automatic rifle, where multiple U.S. Reps and Senators and their staff members had taken cover, when Capitol Police took him down.

This situation is developing, as additional details are released.