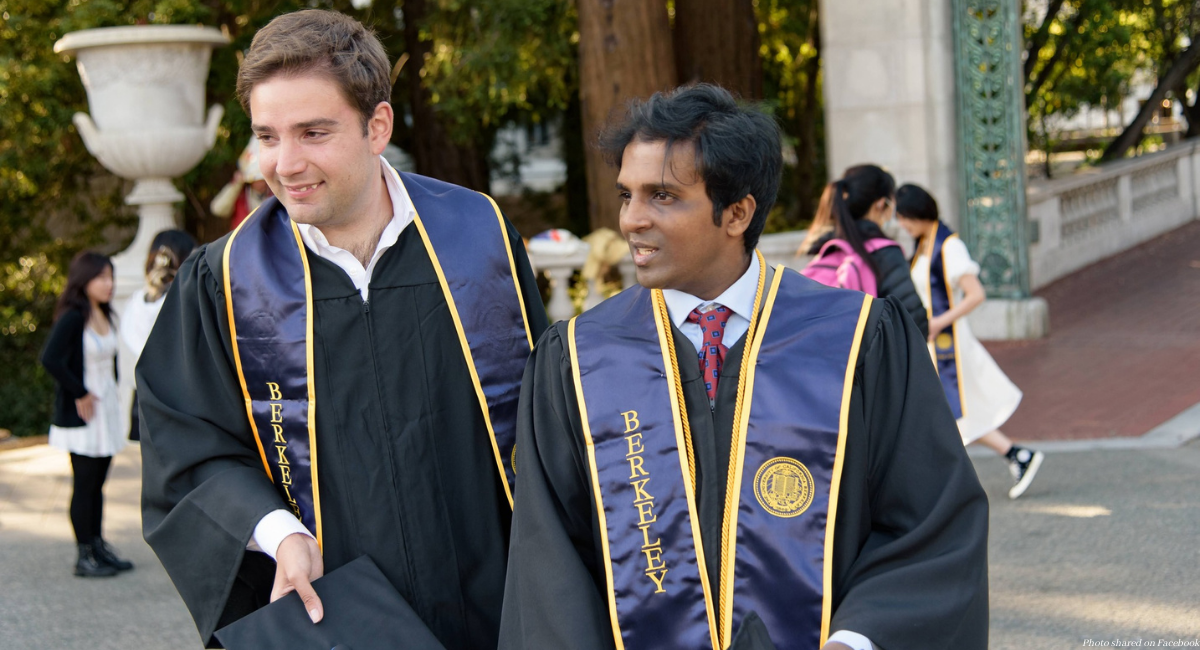 Two graduates from the University of California, Berkeley made history recently when they were the first non-verbal autistic students to earn their degree from the prestigious university.

David Teplitz and Hari Srinivasan are both autistic, and also have apraxia, which is a neurological disorder that affects the brain pathways involved in producing speech. They believe that their accomplishment will help pave the way for other students with disabilities while encouraging other colleges and universities to recognize the potential of people with disabilities.

Teplitz sat down with ABC 7 to share his story, answering questions by typing on a computer. When asked by reporter Lyanne Melendez how it felt to achieve such a major milestone, he wrote, “It feels especially wonderful to graduate from Cal. It has been my dream for so many years and I am proud that I accomplished it. I hope it inspires other non-speakers that want to go to college to know that it is possible.”

READ: Five inspiring people you might not have known were autistic

Srinivasan has also commented on the impact his education had. “Education and the chance to be a contributing member of society was like a candy store with me on the outside looking longingly in,” he wrote on his website. “Access to higher education for individuals like me is hard-won and I have absolutely thoroughly enjoyed and just savored my undergraduate years at UC Berkeley and all the opportunities it has opened up.”

Both students were involved with an autism advocacy club on campus called “Spectrum: Autism at Cal.” “I walk to raise awareness and to encourage an inclusive culture at Cal,” Teplitz told ABC 7 last month during a 5K run/3K walk fundraiser event.

People with disabilities often have to fight a lot of discrimination in order to participate in many of the same programs and activities as their typical peers, but Teplitz and Srinivasan show that they have just as much to offer as anyone else. Neither one let the fact that they were non-verbal stop them, and Srinivasan graduated with a 4.0 GPA. He received a fellowship from Vanderbilt University and is headed there in the fall to pursue a Ph.D. in neuroscience. And the message, according to Teplitz, is simple.

“I want people to know that we can achieve a lot if we are able to participate.”