April is National Autism Awareness Month, designed to promote awareness, inclusion and self-determination, as well as increase support available for autistic people so they can achieve the highest possible quality of life. This is more important than ever, as autistic people continue to be victims of violence and death, either at the hands of their parents or through euthanasia. And as prenatal testing continues to advance, many autism advocates fear that eugenic abortion will include autistic preborn children as well.

Despite increased awareness of autism, it continues to carry for some people a negative connotation, as evidenced by the fact that the largest and most well-known autism charity has been plagued with problems and faces an ongoing avalanche of criticism among autistic self-advocates for not including autistic people, and for spreading fear and negative stigma and stereotypes about autism. Still, the more awareness grows about autism, the more that negative stigma can be erased, particularly once people realize that some of the most admired people in culture and history are, in fact, autistic.

Aykroyd, an actor, comedian, and musician, has openly spoken about how he realized he had Asperger’s syndrome in the 1980s, now considered an autism spectrum disorder (ASD). But far from holding him back, Aykroyd said it has actually helped his career. “One of my symptoms included my obsession with ghosts and law enforcement — I carry around a police badge with me, for example. I became obsessed by Hans Holzer, the greatest ghost hunter ever. That’s when the idea of my film Ghostbusters was born,” he told the Daily Mail. In an interview with NPR, he also said it helped him create The Blues Brothers for Saturday Night Live.

“They were classic recidivists, they could never stay out of trouble, always looking for it, borderline sociopathic hedonists, and I was well armed criminological terms and knowledge,” he said. Aykroyd is one of Hollywood’s most well-loved celebrities, having won several Emmy awards and garnering an Academy Award nomination.

Actress and activist Daryl Hannah was an 80s icon, thanks to her role in the hit movie “Splash.” While she has continued working steadily in Hollywood, she also is a serious advocate for the environment and for ending sex slavery around the world. While making a documentary, she actually went undercover into brothels in southeast Asia, a situation she said required her “best acting,” because if she had been discovered, it would have been incredibly dangerous. She continues working to free sex slaves around the world.

But Hannah is also autistic, and is open about it. In an interview with The Australian Women’s Weekly, she explained how it affected her even from childhood. “I was a little odd and incredibly introverted and withdrawn when I was young… My shyness was probably made worse because of my condition. I’d come home from school and cry myself to sleep. Right from an early age, I’d rock myself back and forth because it helped calm me down. Kids bullied me and that just drove me further into myself. Children can be very cruel when they see someone who doesn’t fit in – and unfortunately, that was me. I didn’t fit in anywhere.”

After Hannah was diagnosed with autism, doctors recommended she be placed in an institution, but her mother refused, and acting became a coping strategy for her instead — paving the way for her to become the remarkable woman she is today.

One of the most brilliant scientists of all time, Einstein is now believed to have been autistic. Einstein fit multiple criteria listed by the DSM (Diagnostic and Statistical Manual of Mental Disorders) V. This includes delayed speech, rigidity when it came to routines, and discomfort in social situations.

Einstein, of course, would go on to develop the theory of relativity, author more than 300 scientific papers, and win a Nobel Prize for his work in physics. 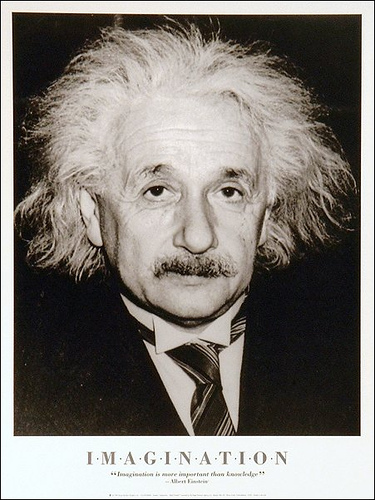 Grandin is a professor of animal science who is said to have “revolutionized” the livestock industry, having authored over 60 peer-reviewed scientific papers on animal behavior. She is also an animal welfare activist — and openly autistic. She has used her own experiences with autism to explain what it feels like to live life as an autistic person, and working to help other autistic people become better understood.

In an interview with Medscape, she explained what it was like to be autistic, and argued that she would not have achieved what she has if she had been born neurotypical. “[T]here was a motivation that I had that a nonautistic person doesn’t have,” she said. “And I had a visualization skill that goes beyond what most people have. When I designed a piece of equipment, I could actually test-run it in my head like these virtual-reality computer programs. And I didn’t even know that other people couldn’t do this. That’s the positive side of autism.”

Former American Idol contestant and current Quiet Riot frontman James Durbin has both autism and Tourette’s, something he was open about during his time on the show. As a child, he struggled. “As I was getting older, at school people would tell me, ‘Cut that out!’ ‘Stop that!’ – I can’t!” he said while on American Idol. “I always got made fun of, beat up. I was just LOST.” But when he was on stage, everything changed for him. “When I sing, it just all goes away, like I don’t have a care in the world,” he explained.

Now married with two children, Durbin has a successful music career, including as the new lead singer for Quiet Riot. His bandmates say that he is the best singer the group has had since the death of the group’s original frontman, Kevin DuBrow. And he hopes to inspire other people like him, and to send the message that it’s OK to be different.

“I had no one to look up to like this growing up,” he said to People magazine. “When I was a kid, I knew I was different. I liked things no one else liked, and I was always very angry about having this. I hated it and wished it would go away. But now I want to be living proof that different is awesome.”