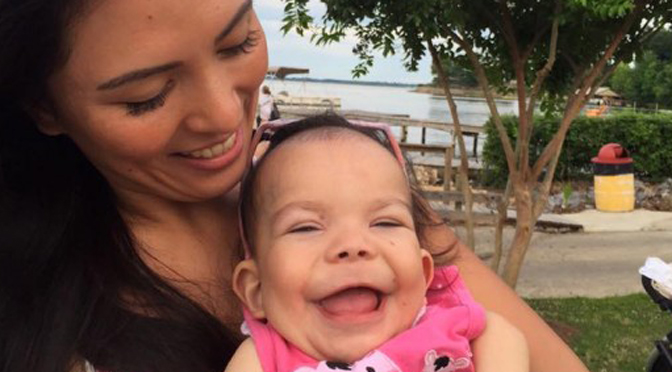 Isabela is the only child known to have RCDP in Australia, and she’s one of less than 100 known cases in the world. In her four years of life, Isabela has endured over 10 surgeries including spinal surgery and eye surgery. She also undergoes countless tests, speech therapy, occupational and physical therapy, and round the clock care from her devoted mother who refused hospice for her daughter and instead chose to fight for Isabela’s life.

Despite the fact that there is no financial benefit for researchers and pharmaceutical companies to work towards finding a cure since the RCDP population is so small, one scientist, Dr. Nancy Braverman, has worked for decades studying RCDP. She recently convinced a biotech company from Canada, Phenomenome Discoveries, to take part in a clinical trial to increase plasmalogen levels in these children in hopes of improving symptoms and prolonging their lives. The trial is set to begin next year. Angelina and Isabela Corstorphan from Go Fund Me.

Despite her delayed development and the fact that she likely won’t ever sit on her own or learn to walk, Isabela has a beautiful, bright smile. And she loves music.