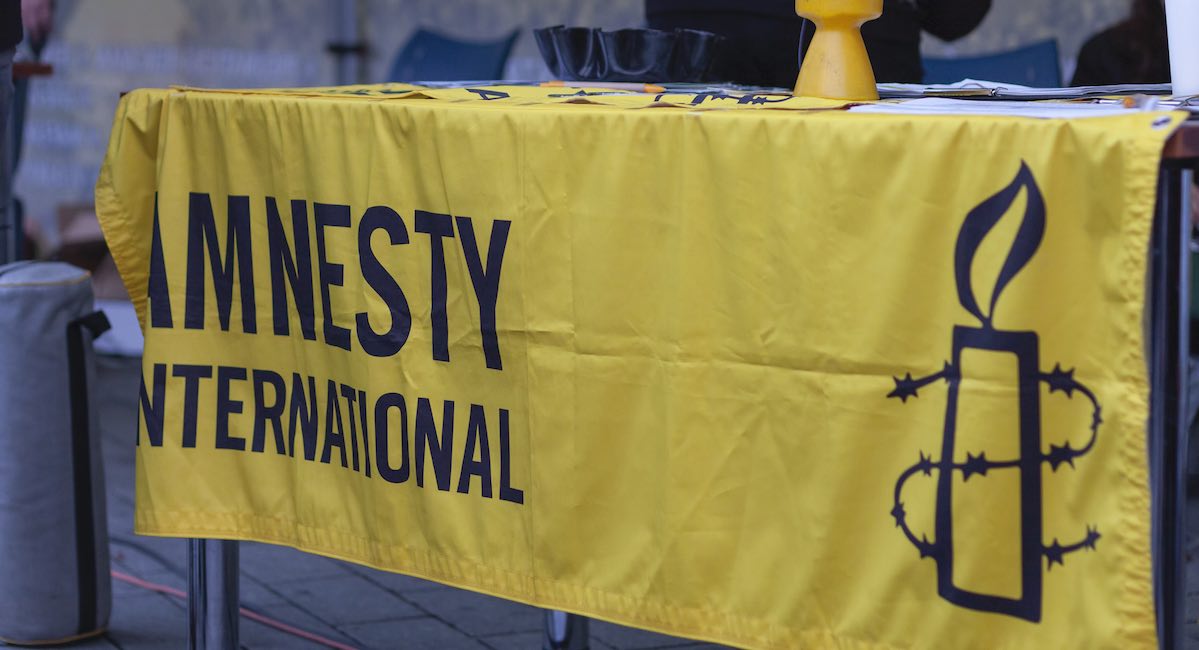 (Right to Life UK) Amnesty International has announced a new abortion policy which calls for countries around the world to introduce abortion-on-demand, for any reason, up to birth and allow sex-selective abortion.

The self-declared human rights organisation says that, in addition to campaigning for the full ‘decriminalisation’ of abortion around the world, they will call for “a universal access to safe abortions for all people who need them”.

“Every woman, girl or person who can become pregnant should have the right to abortion,” they add.

The term ‘decriminalise’ is a misnomer commonly used by abortion activists to describe the removal of almost all current safeguards around terminations, allowing abortion on-demand, for any reason, up to birth.

Amnesty International claims it “does not take a position on when human life begins”, however its new policy states that the right to life doesn’t commence until birth.

Furthermore, the organisation acknowledges regulations such as gestational limits exist, but they, like all other safeguards, “should not be considered reasonable by default” and should be subject to scrutiny.

Sex-selective abortion should not be restricted

A ‘Frequently Asked Questions’ page on the new policy recognises discrimination and gender stereotypes can result in sex-selective abortions around the world.

However, rather than address the problem of discriminatory sex-selective abortions by supporting a ban on them, Amnesty says that “restricting access to safe abortion is not the answer to structural discrimination.”

They add: “Amnesty International continues to call for full decriminalization of abortion, regardless of reason.”

The organisations updated policy “recognises abortion as a common practice worldwide and an essential component of sexual and reproductive health care and self-care in all contexts.”

It’s FAQ page adds “International law does not recognize refusal to provide healthcare on grounds of conscience or religious beliefs as a human right.”

“Health professionals must always provide care, regardless of personal beliefs or objections, in emergency circumstances… This includes life-saving post-abortion care, or situations where a referral is not possible.”

Abortion on-demand, for any reason, up to birth: The current ‘human rights’ trend

Amnesty International noted that human rights bodies are increasingly “recognizing the harm caused by laws which limit abortion” and are now pushing for the “full decriminalisation of abortion… for all people”.

Their updated policy is endorsed by the International Federation of Obstetricians and Gynecologists (FIGO), which represents national societies of medical professionals in 132 countries and territories – including the US and most countries in Europe, but not the UK.

Amnesty’s shift in abortion policy is a shocking departure from the views of Peter Benenson, the lawyer who founded the organisation in 1961.

Mr Benenson founded the organisation to campaign for the rights of prisoners of conscience. Over time Amnesty International’s mission became broadened to include a wider human rights remit.

However, In the latter stages of this expansion, the organisation has moved away from its foundations of promoting the dignity of all humans and has become a major campaigner on abortion.

In 2007, Amnesty International abandoned its formerly neutral stance on abortion to supportthe “decriminalization of abortion” and “access to abortion, within reasonable gestational limits, when [women’s] health or human rights are in danger.”

Following significant criticism on their new stance in 2007, Amnest insisted that it only opposed criminalising abortion, and didn’t “promote abortion as a universal right”.

Then in 2018, after years of aggressively promoting abortion all over the world – including a leading role in seeing Ireland repeal the Eighth Amendment and introduce abortion, Amnesty International adopted a new policy in line with its pro-abortion stance.

For the first time since their formation in 1961, the organisatio declared abortion to be “a human right”.

A delegation of its members voted to update its policy to “call on States not just to decriminalise abortion, but to guarantee access to safe and legal abortion in a broad way that fully respects the rights of all women, girls and people who can get pregnant.”

Now Amnesty International, which had a global income of £270m ($347m) in 2018, is one of the biggest promoters of abortion in the world.

The organisation is currently calling for temporary measures allowing ‘DIY’ home abortions across the UK to be made permanent, as well as playing a leading role in attempting to introduce abortion in Argentina and across Latin America.

‘Just another mouthpiece for the abortion industry’

A spokesperson for Right To Life UK, Catherine Robinson, has said:

“Amnesty International’s new abortion policy highlights the shocking irony of the self-declared human rights organisation claiming to support human rights on the one hand, while on the other it is ignoring the right to life of humans at their most vulnerable stage.

“Around the world, the organisation opposes regimes that end the lives of innocent people. But is tragically and simultaneously blind to the dignity and right to life of people in the womb.

“Rather than highlight and confront human rights abuses and stand up for citizens who are suffering under unjust regimes, Amnesty has sadly become just another mouthpiece for the abortion industry.”