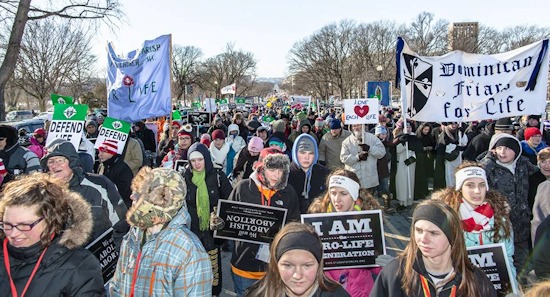 An Illinois abortionist who transplanted to Wisconsin after his filthy Rockford facility was shut down by authorities has been unable to obtain hospital admitting privileges within a 30-mile radius of his Milwaukee facility.

Abortionist Dennis Christensen was ordered by a District Judge  William Conley to try to obtain hospital admitting privileges as he mulls a decision over whether or not to reinstate a currently-blocked Wisconsin state law requiring them.

Christensen’s initial handling of the judge’s order led the judge to speculate that Christensen may be purposely skirting it in an attempt to protect progress in a lawsuit that his facility and Planned Parenthood filed against the state in opposition to the admitting privileges law. “He warned [Christensen’s] attorneys that if they stopped pursuing answers in a bid to ensure Christensen doesn’t get privileges so the lawsuit can continue it was a ‘horrendous idea’,” reported the Press-Telegram.

Ultimately, the attorneys representing Affiliated Medical Services (Christensen’s practice, shared by his co-plaintiff Bernard Smith) did furnish correspondence between the plaintiffs and three hospitals. All three flatly refused the abortionists’ requests for privileges.  According to the Milwaukee Journal-Sentinel,

Letters from Wheaton Franciscan Healthcare, Aurora Healthcare and Froedtert Health Inc. say Christensen and Smith do not qualify for admitting privileges because in their clinic the two are not subject to review by a professional board to make sure their practices meet hospital standards. Additionally, a letter written by Aurora Healthcare’s legal representative, Jane Appleby, says the doctors said they intend to treat few patients in the hospital setting, not meeting the 20-patient annual quota the hospital requires.

Initially, however, Christensen testified that he believed the lack of action from the hospitals had to do with their supposed demand for “information on patients he has treated in a hospital,” according to the Press-Telegram. Christensen said in court, “The fact that we’ve managed to keep our patients out of the hospital appears to be a detriment to getting hospital privileges. As it turned out, his hypothesis was completely off.

Christensen is notorious for posting “vulgar signs mocking Christianity and pro-life supporters,” according to Operation Rescue. He  moved to Milwaukee because the Illinois Department of Public Health shut down his clinic in September, 2012. The facility underwent an emergency suspension at the time, due to the health and safety violations the DPH witnessed during on-site inspections.

Judge Conley, whose duty it is to decide whether to reinstate Wisconsin’s admitting privileges law had ordered Christensen to  “follow up on his applications [for admitting privileges] as part of a suit challenging the law. Troy Newman of Operation Rescue commented on the case, saying:

Christensen and Smith have long histories of abortion abuses and are the kind of abortionists that the law was meant to weed out. If they are not fit to practice in a hospital setting, they aren’t fit to practice anywhere. When abortionists have such abominable track records when it comes to patient safety that hospitals do not want to be associated with them, they certainly shouldn’t be allowed to continue placing the lives and health of women at risk.