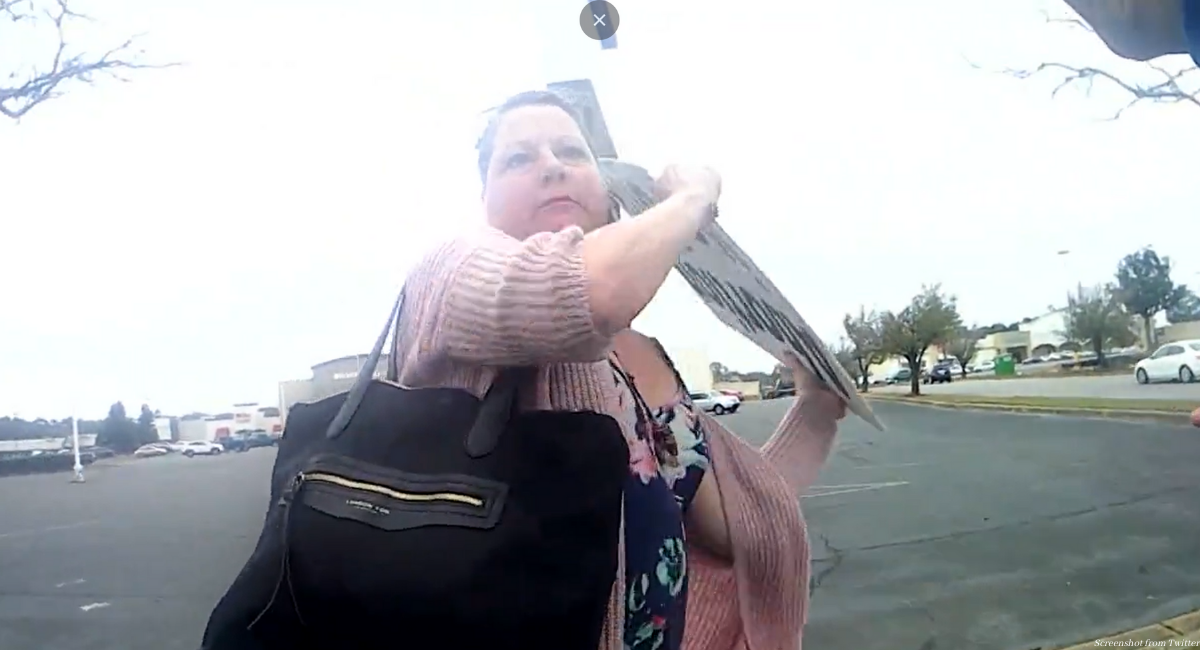 A 50-year-old abortion advocate in Pensacola, Florida, has been arrested and charged with battery after tearing a sign out of the ground and hitting a pro-life activist with it before walking away. The incident was caught on video.

On December 11, Jennifer Samala approached a group of pro-lifers who were sitting with their signs near American Family Planning Pensacola, the city’s only abortion facility. She used one of the signs to assault Thomas Messe, who started recording Samala when he noticed her approaching across the parking lot.

“We were minding our own business here with our protest. She abruptly approaches us very fast — swearing, cursing,” Messe told WEAR-TV. “I pull out my phone because I know it’s going to be bad. And she immediately grabs the sign and starts swinging at us — knocked my hand and knocked the phone out of my hand. I wasn’t hurt — but it was pretty scary. And luckily after that she ran away.”

A pro-life protestor caught a woman on camera as she approached their group, took one of their signs and hit them with it. She was arrested this morning for it.

Tonight at 5 on @weartv I look into what's behind the history of abortion controversy in that area. pic.twitter.com/K4teCfUeUR

Samala was later arrested and charged with battery.

According to WEAR-TV, the abortion facility has been the source of some controversy throughout the year, attracting protestors from both sides. Its location in a strip mall makes ministering to those entering difficult — Messe and his companions used to sit closer to the facility itself, but property owners no longer allow them to do so.

The Escambia County Sheriff’s Office has responded to 37 calls related to the facility this year alone, and they’ve arrested one person for trespassing. Messe says that while he has previously been confronted about his signs, this is the first time that things have turned violent.

However, this incident is far from the first time that pro-life advocates have been attacked. Instances of pro-abortion vandalism and assault are happening with alarming frequency across the country, especially on college campuses.

Messe said that he will not let the unfortunate incident deter him from keeping vigil in the future. “To me, abortion is the number one social justice issue of our day,” he said.