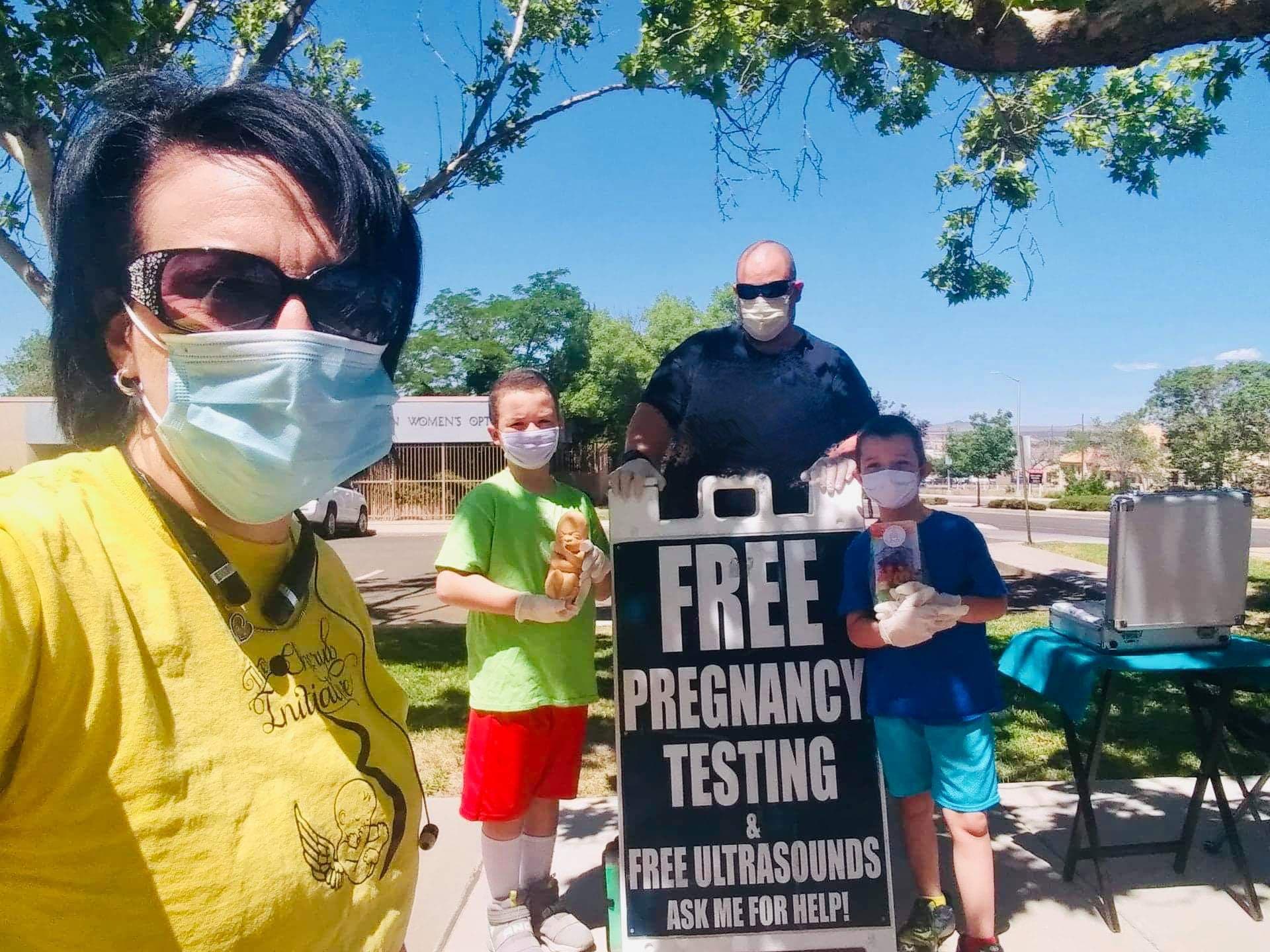 Pro-life activist Christina Garza has been sidewalk counseling for seven years at both Planned Parenthood and Southwestern Women’s Options (SWO) late-term abortion facility. On Wednesday, Garza reported that she was assaulted outside of SWO in Albuquerque, New Mexico, when a person driving a Jeep threw rocks at her, injuring her knee.

At just after 8:00 a.m. on May 21, Garza and other pro-lifers were outside of SWO reaching out to the women arriving for abortions. Garza was standing with two nuns praying the rosary and holding a hope bag to hand out to any of the moms entering or leaving the abortion business when she was suddenly attacked. 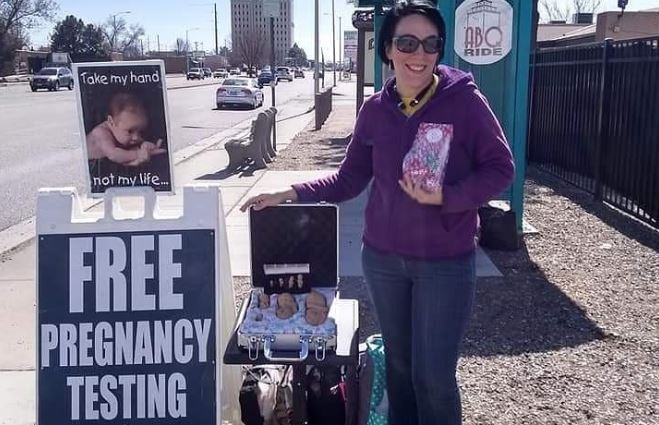 “We were just about to start the fifth decade [the final part of the rosary] when a man in his dark green Jeep Cherokee […] drove up on Lomas Blvd,” Garza told Live Action News. “He didn’t enter SWO’s parking lot. He stayed on Lomas. I just turned to see if the sisters were doing well in prayer and out of nowhere the guy in the green Cherokee Jeep throws a mid-size rock out his car window and hits my right knee hard.”

The man then drove by again and threw two more mid-size rocks at the group but fortunately missed hitting them. Garza was able to get to her feet and though limping, returned to prayer with nuns Adriana and Amexia and a fellow pro-lifer known as Papa Phillip. Unsure if the man in the Jeep would return, Garza called a non-emergency police line. The police arrived, wrote up a report, and attempted to obtain the SWO security footage. In the meantime, pro-life advocates from a Save the Storks mobile unit gave Garza an icepack for her knee. On Thursday, Garza had to go to an Urgent Care clinic because her knee began to swell from the injury. 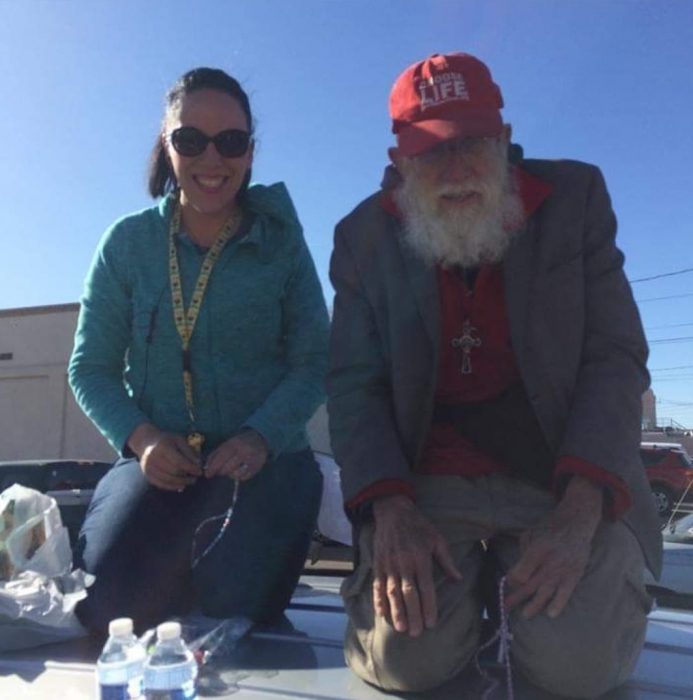 Garza became an advocate for preborn children and their abortion-vulnerable mothers in honor of her husband’s son from a previous relationship, Jacob, who was killed by abortion without his father’s knowledge in 2006 at 16 weeks gestation. Garza also advocates for preborn children because her own mother had an abortion and was pressured to abort Garza after doctors said they couldn’t find a heartbeat. Garza was also pressured to abort her own children. Her former boss told her to choose between her preborn son and her job; Garza chose her son. With her second son she suffered from extreme morning sickness and depression from the loss of her father, and friends advised her to abort. She refused.

Garza is typically present for sidewalk counseling five or six days a week, but during the COVID-19 pandemic she has had to cut back to four days a week. Late-term abortionist Curtis Boyd from SWO is currently being sued for the death of Keisha Atkins, who died from infection after her abortion at about six months pregnant. New court documents revealed that more than a dozen late-term abortions are committed daily on healthy babies and healthy mothers at SWO. 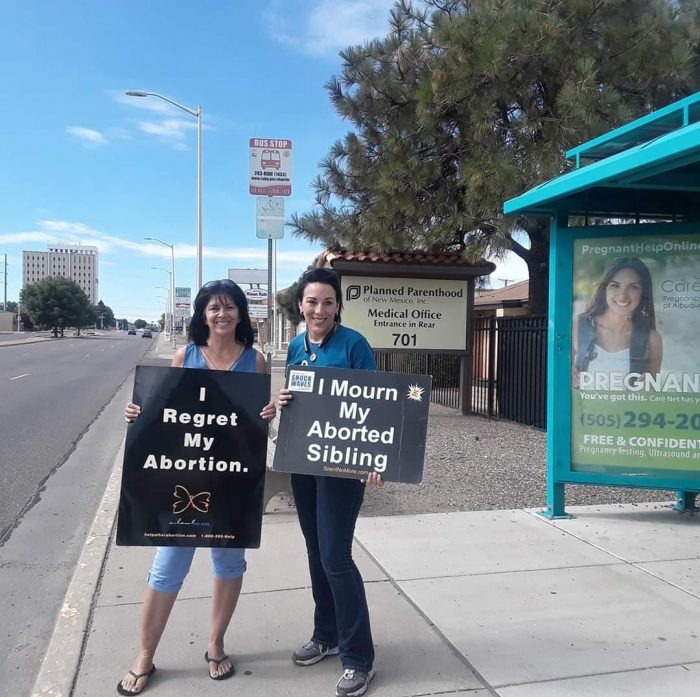 Attacks against pro-lifers have unfortunately become a common practice with pro-abortion groups and individuals even setting fire to a pro-life journalist’s car, attacking elderly pro-lifers, and destroying pro-life signs. Even pro-abortion Pennsylvania state Rep. Brian Sims aggressively bullied pro-lifers last year and asked his social media followers to expose the names and addresses of the pro-life teenage girls he filmed outside of Planned Parenthood.

Garza told Live Action News that if her assailant is caught she will press charges in order to protect other pro-lifers, but she has forgiven the man and has asked God to forgive him as well.