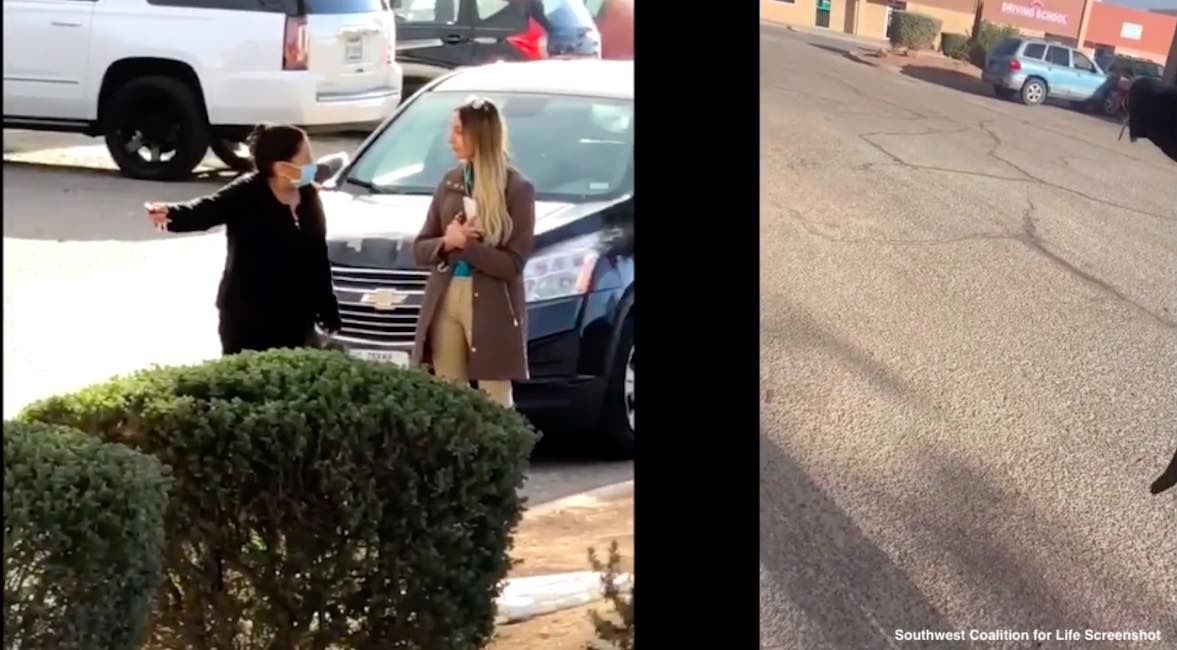 Police are investigating an assault on a pro-lifer that occurred outside an abortion business in New Mexico on Thursday.

Pro-life organization Abortion on Trial shared a video of the assault, which was filmed by a member of the Southwest Coalition for Life. In the video, an abortion facility worker appears to verbally attack and later slap a pro-life advocate outside the Women’s Reproductive Clinic. The facility’s abortionist, Franz Theard, is currently under investigation for abandoning a patient who suffered two concurrent botched abortions under his care.

In the video, a worker from Women’s Reproductive Clinic walked over to pro-lifers and told them they were not allowed to be on the sidewalk. She then accused the pro-life sidewalk advocates of being murderers.

“You guys think that because our Lord, you guys pray to our Lord,” the abortion worker said. “You know what it says in the Bible? The minute you think anything bad you’ve already murdered. You think you’re not murdering all these women that go in there?”

This is, of course, a shocking and ironic statement, as the employee assists in the murders of preborn children. She accused pro-lifers of hating the women walking through the doors of the abortion facility, but pro-lifers are not there out of hate. They are there to offer support and resources to women, many of whom may feel desperate or who are being pressured by outside forces, as nearly 75% of post-abortive women attest to.

READ: Medical board to investigate NM abortionist who botched abortion and abandoned patient

Killing the preborn children of women who are in extremely difficult situations is not compassionate. Adding the trauma of abortion to the trauma of rape doesn’t help women, but increases their risk of depression, alcohol and drug use, and suicide. Killing a preborn child to hide an affair does not erase the affair, but only adds one wrong act to another.

After walking away, the abortion worker then returned, slapped the pro-lifer’s phone out of her hand, and threatened, “I’ll cut you up.” She then said, “Stop recording me, b*tch.”

It is not uncommon for abortion workers to exhibit violence toward pro-life sidewalk counselors. Abortion supporters and abortion workers have pointed guns at pro-lifers, have pushed and shoved them, and have stolen their property. Police are investigating this latest incident and the attorneys of Abortion on Trial are handling the legal proceedings on behalf of the sidewalk counselor.

“Police agreed based on video footage to pursue charges of assault and battery,” Jamie Jeffries, executive director of Abortion on Trial, told Live Action News. “Abortion On Trial’s attorneys are handling the legal proceedings on behalf of the sidewalk advocate.”

This facility has seen multiple incidents in recent days. In an incident prior to the current assault and the negligence of abortionist Franz Theard toward a patient, a security guard placed at the facility was recently removed for sexually harassing female pro-lifers, including following one to her place of work. Today, Franz was seen returning to the facility after it had been reportedly closed due to a COVID-19 outbreak. He is seen in the video above, wheeling his oxygen tank into the building.