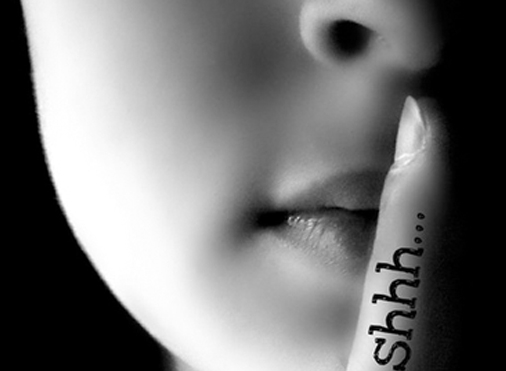 Gallup has released a new poll which shows that support for Planned Parenthood has risen slightly since 2015, an indication that pro-lifers still have a lot of work to do to expose the ugly truth about this taxpayer-funded abortion corporation. However, the poll numbers do reveal that over decades, public support of the abortion corporation has declined sharply, from a high of 81 percent in 1993, to a low of 59 percent in 2015 and ticking up slightly in 2018 to 62 percent. Tragically, because of media bias in favor of Planned Parenthood, many Americans remain unaware that it is the single largest abortion provider in the United States, garnering 35 percent of the nation’s abortion marketshare and ending the lives of 900 preborn babies every single day. But thanks to pro-abortion media, the public unaware of so much more regarding Planned Parenthood.

Here’s what the public should know about Planned Parenthood:

1. Planned Parenthood kills 320,000 preborn children every year. That’s more than the entire population of the city of St. Louis, Missouri, or of Lexington, Kentucky. Abortion is the primary service Planned Parenthood offers pregnant women — because as a former worker testified, “they made their money if somebody had an abortion.” After all, they even have abortion quotas.

2. Planned Parenthood was caught on multiple, forensically verified videos discussing the harvesting and sale of aborted baby body parts. No, this information was not discredited, and no, the videos were not “heavily edited,” according to two forensic analyses (even Planned Parenthood’s hired analysts, though media falsely reported otherwise). These resulted in a Congressional investigation, which led to referrals for criminal charges for Planned Parenthood and other abortion profiteers.

3. Planned Parenthood gets half a billion taxpayer dollars every year. $60 million of that comes from Title X. These funds do pay for abortion facilities and abortion staff. This corporation has millions in excesses in revenue (a.k.a. profits) each year. And for years now, the supposed healthcare organization has been providing fewer and fewer legitimate health services to fewer and fewer patients. Its abortion numbers, however, are up.

4. Planned Parenthood lies to women — not only about its services, but about fetal development and abortion safety. The organization claims to provide prenatal care, but most centers don’t offer any whatsoever. The organization also eventually was forced to admit it does not provide mammograms, despite claiming for years that it did.

5. Planned Parenthood has committed fraud. It has been caught in overbilling abuses and in Medicaid fraud in several states, and has racked up campaign donation violations.

6. Planned Parenthood was founded as a eugenics-based population control organization.

8. Planned Parenthood has a history of treating patients poorly. Former managers have stated the organization “treats women like cattle” and has violated patient privacy, and investigations and testimony have revealed it refuses to provide ultrasounds except prior to abortions (to check gestational age, etc., not to educate women about fetal development).

9. Planned Parenthood has repeatedly failed to report child sexual abuse. In fact, this is so epidemic within the organization that Live Action has released an entire video docuseries and investigative report titled Aiding Abusers, which documents the court cases, police reports, and personal testimonies regarding this decades-long cover-up of abuse within the organization. Despite the continued drum beat of news over the MeToo and TimesUp movements against sexual abuse, the media has purposely ignored Live Action’s documented evidence. This type of complicity machine surrounding the nation’s largest abortion provider puts it in an unaccountable position of power and helps abusers to continue their abuse:

The media, which is regularly awarded by Planned Parenthood, refuses to report honestly about the organization. The documented evidence that the corporation is failing to report abuse should result in a loss of millions of taxpayer dollars granted to it under the federal Title X Family Planning Program. But as of today, that has not yet happened.

Denise told Planned Parenthood she was raped and workers there did NOTHING (Image credit: Live Action Twitter page)

Live Action’s report includes years of research from several organizations (including court documents and eyewitness testimony) that prove that children as young as 12 have been returned to rapists by Planned Parenthood. Instead of exposing the organization for its complicity to cover sexual abuse, the media remains silent.

Interestingly, Gallup released its 2015 numbers in October that year, just a few months after the Center for Medical Progress (CMP) began releasing its undercover series documenting Planned Parenthood’s market in aborted fetal body parts. The videos of high ranking Planned Parenthood officials negotiating the price of livers, hearts, and other organs had many Americans horrified. The number of adults queried by Gallup in 2018 was approximately 50 percent higher than the number polled in 2015 (1,520 v. 1,015 respectively), but there is no way to tell if that increase skewed the comparisons. It is possible that the 2015 videos led to a lower favorability rating compared to today, now that Planned Parenthood and the National Abortion Federation have successfully suppressed several of the videos, thanks to their friends in public office and in the courts:

Gallup’s 2018 numbers reveal that those holding the most favorable view of Planned Parenthood include:

Those holding the most unfavorable view included:

The numbers show that in 2018, favorability of Planned Parenthood dropped slightly among males. In 1993, 75 percent of males claimed to have a favorable view. This number dropped to 55 percent in 2015 and to 54 percent in the most recent polling.

Among women, the numbers remain far below where they were in 1993, when 85 percent of women polled claimed some level of favorablility towards Planned Parenthood, dropping to 61 percent in 2015 and increasing slightly to 69 percent in 2018.

No matter what the media may try to suppress, Americans have a right to know the truth about abortion and Planned Parenthood.