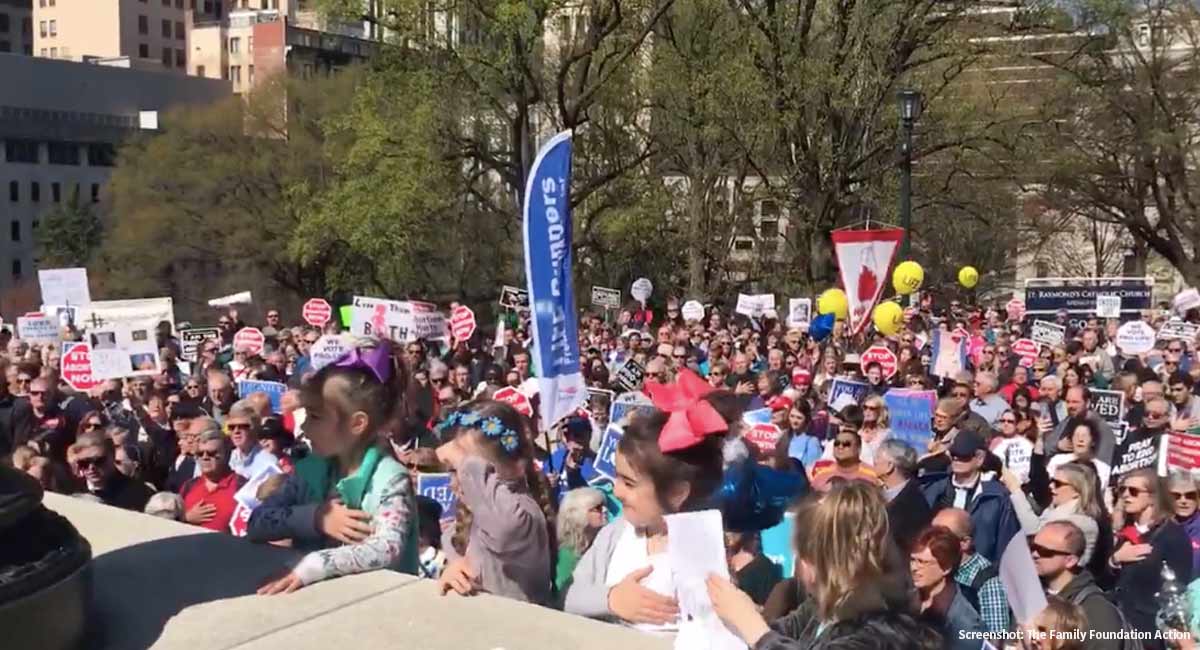 On Wednesday, thousands of pro-life Virginians gathered in front of the capitol in Richmond. Virginia’s first-ever March for Life was inspired in part by the extreme pro-abortion bill proposed in Virginia earlier this year. April 3 was the Veto Session of the Virginia Legislature, meaning that all state lawmakers were present at the Capitol during the peaceful pro-life rally.

According to the Richmond Times-Dispatch, Capitol Police estimate that 6,500 marchers attended. Many were holding life-affirming signs, including a homemade sign advertising a pro-life pregnancy resource center and a mother and daughter holding signs that read: “I thought abortion was the only way…but I walked out”; and “In 1998…I survived my mom’s abortion appointment.”

❤️ Choosing life is not always easy, but it’s always worth it. #vamarchforlife pic.twitter.com/DiFvKoPpOs

In January, a video went viral of Virginia Delegate Kathy Tran admitting that a proposed abortion bill would allow for a child to be killed in an abortion even when her mother is in active labor and about to deliver. This abortion extremism already on display in New York — and now Illinois and several other states — shocked the nation, including many Virginians.

In addition to Delegate Tran’s comments, Virginia Governor Ralph Northam gave a disturbing defense of the extreme Virginia abortion bill on a radio show that was seen by many as supporting infanticide.

Although the state’s abortion bill failed to pass out of subcommittee, many Virginians wanted to publicly demonstrate their rejection of such abortion extremism and lobby for pro-life laws at the capitol.

The event was hosted by the national March for Life organization, the Family Foundation, the Virginia Catholic Conference, and the Virginia Society for Human Life. Speakers included abortion survivor Melissa Ohden; Ryan Bomberger, founder of the Radiance Foundation; Jeanne Mancini, President of the March for Life; in addition to several other pro-life advocates and pro-life state legislators.