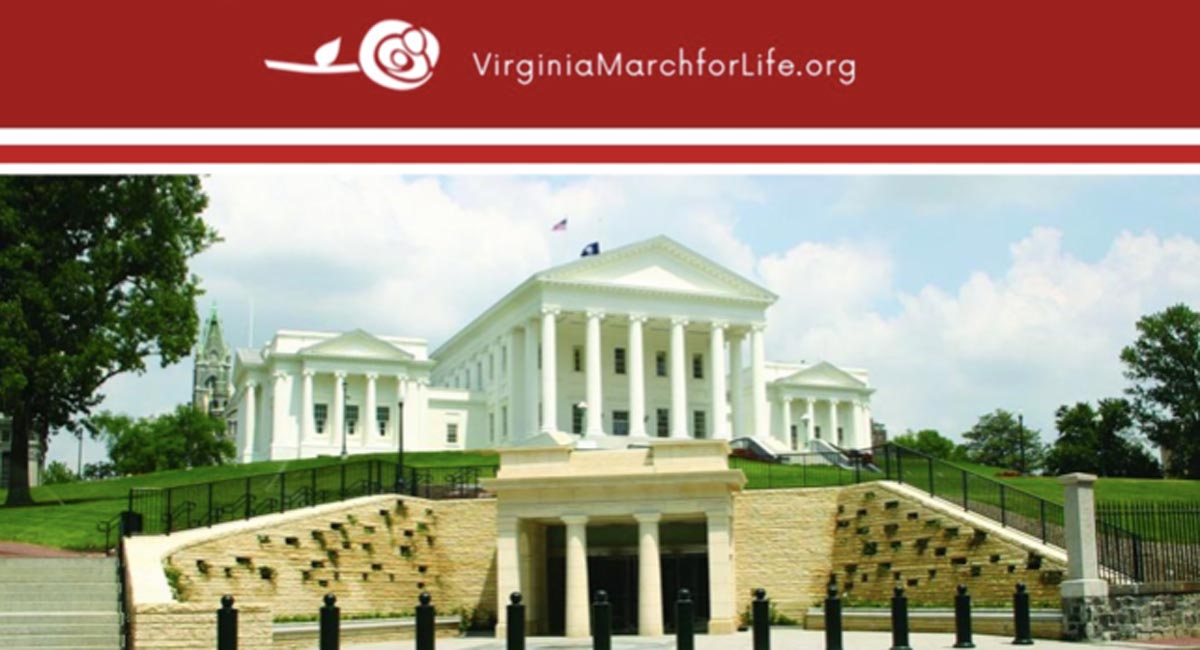 In January, New York passed an extreme pro-abortion bill — the Reproductive Health Act — and just on the heels of this, Virginia Delegate Kathy Tran found herself in the hot seat after video of her comments on a similar proposed bill that would allow for abortion up to birth went viral. Thankfully, the bill didn’t survive. But since that time, pro-lifers everywhere have begun to take notice of just how extreme abortion supporters truly are. Extreme pro-abortion laws similar to New York’s have since been proposed in multiple states, including Vermont, Rhode Island, Illinois, and Massachusetts.

Pro-lifers in Virginia were likewise outraged by Governor Ralph Northam’s comments on the controversial Virginia bill just days later on a radio show. Many believed Northam’s remarks showed support for the practice of allowing abortion survivors to die without intervention — in other words, infanticide. Though it had been planned for months prior, the controversy about the bill has motivated pro-lifers, and on April 3, the very first Virginia March for Life will be held at Capitol Square in Richmond. A rally will begin at 11:00 a.m. and the march will begin at noon. As April 3 is the Veto Session of the Virginia Legislature, all state lawmakers will be present at the Capitol.

More information can be found at the Virginia March for Life website (where social media graphics can be found) as well as on the event Facebook page. 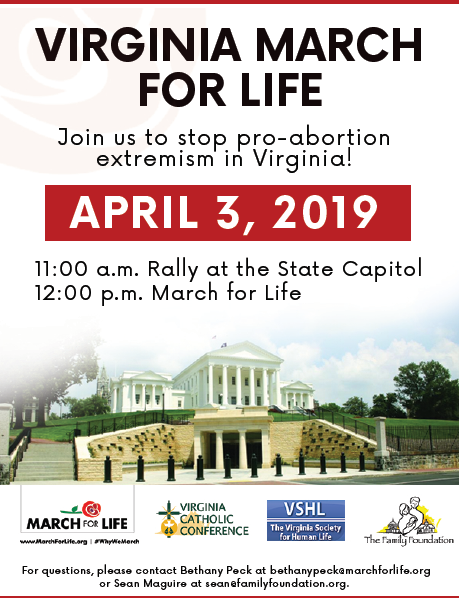 Speakers will include abortion survivor Melissa Ohden, The Radiance Foundation president and Founder Ryan Bomberger, president of the March for Life Jeanne Mancini, and more.

In addition, a grassroots training session, Richmond 101, will be held on the day of the march from 2:00 – 3:00 p.m. at the Richmond Convention Center. According to the web page for that event, which costs $15 to attend, “Richmond 101 is a grassroots seminar designed for attendees at the Virginia March for Life to get in-depth training on how to be an effective pro-life advocate at the state and local level.” Register here for the training session.

In addition, a mass will precede the day’s events at 9:00 a.m. at Saint Peter’s Catholic Church in Richmond.