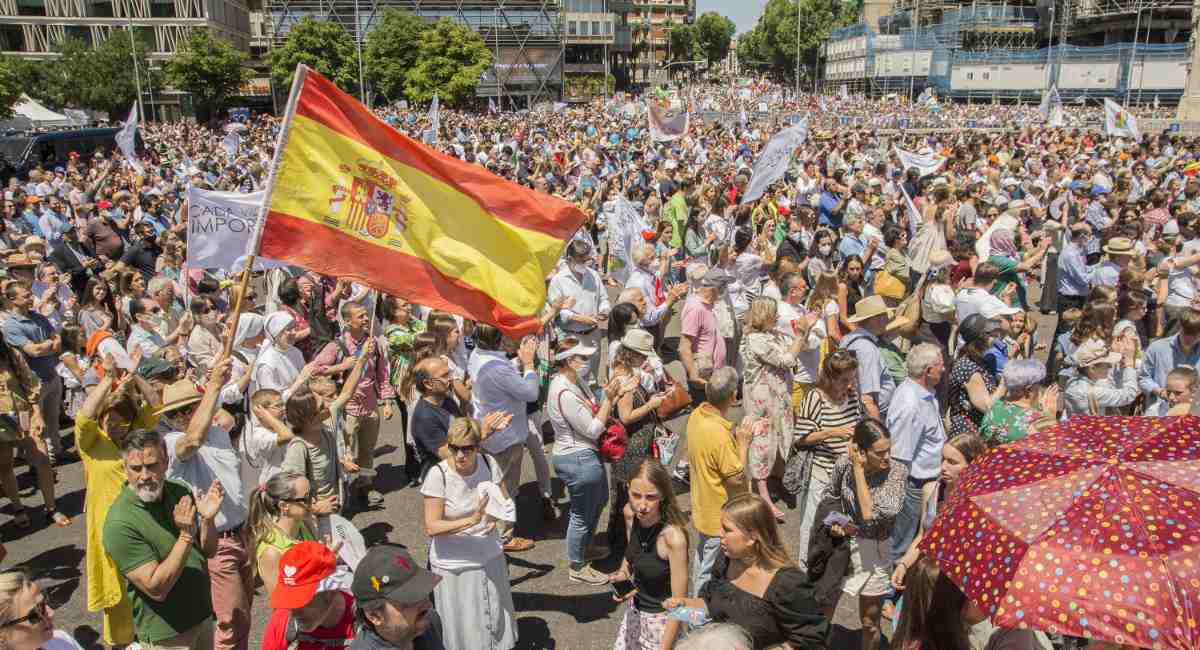 On June 26, 2022, pro-life organizations in Spain organized a March for Life in Madrid. Over 100,000 people gathered in opposition of recent changes in Spain’s abortion laws. The march also reiterated the sanctity of all human life.

Over 200 civil society organizations attended the march that was organized by NEOS, Every Life Matters Platform, and the Assembly of Associations for Life, Liberty, and Dignity.

During a presentation at the march, Jamie Mayor Oreja, a member of NEOS, stated, “the repeal of abortion in the United States informs us that discussion on the culture of life is by no means done. More than ever, we’re going to be present, united, and active.”

As previously reported by Live Action News, the Spanish government recently proposed legislation that would allow girls as young as 16 to get abortions without the need for parental consent. It would also eliminate the three-day waiting period required of women who want an abortion, would ensure that all state-run facilities offer abortion, and it would put contraceptives and the morning-after pill in schools across the country.

Spain’s Council of Ministers approved the legislation on May 17, 2022. The bill is headed to the Congress of Deputies for debate. After a vote, the bill will go to the Senate.

The director of the Center for University Studies’ Institute for Family Studies, Carmen Fernández de la Cigoña said pro-abortion advocates “want to make us see it as moral that 16-year-old girls can go get an abortion without their families knowing about it, the people who love them the most and care about them the most.”

According to Oreja, “It’s essential to mobilize and defend the Christian foundations of our society in the face of relentless social disorder. We’re not here today in a debate about the past but to raise awareness and prepare for the debate of the future.”

Since 1985, when abortion laws went into effect, over 2.5 million abortions have reportedly been committed in Spain.

Josep Miró, coordinator of the Assembly of Associations for Life, Freedom, and Dignity believes Spain’s March for Life serves “to build the society of life and a new future where we join forces for the purpose of acting together.”