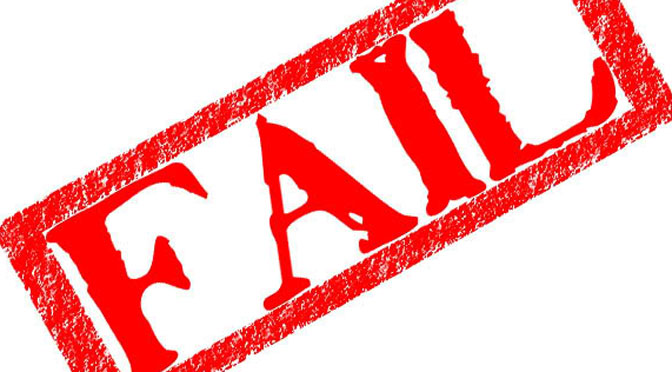 “Pathetic,” “bizarre,” and “dishonest.” As the saying goes, you know you’re over the target when you’re getting flak. Right Wing Watch, a website put out by the left-wing advocacy group People for the American Way to shame alleged “extremists,” has identified yours truly as perpetrating one of the “five most ridiculous conservative pro-obstruction arguments of the week” opposing Merrick Garland’s confirmation to the Supreme Court. What did I say that has so outraged author Brian Tashman?

The group Live Action even said that by hailing the release of Blackmun’s papers, Garland “has lavished praised” on Blackmun, “author of the legally indefensible Roe v. Wade.” Live Action’s Calvin Freiburger also stated that Republicans should oppose Garland simply because Obama nominated him, saying that the president “a judicial activist at heart and is wildly committed to abortion-on-demand at any time for any reason as a ‘constitutional right.’”

Just to recap, according to the Right Wing, it is now a scandal that a federal judge praised the release of a Supreme Court justice’s papers, and it is controversial that a president fulfilled his constitutional duties to appoint jurists to the bench.

Note well that at no point does Tashman refute the objection that Obama is a judicial activist who cannot be trusted to nominate decent jurists. Nor does he show that Obama is correct to deem abortion a constitutional right, or that I’m wrong to declare Roe legally indefensible (perhaps because he isn’t used to being reminded that his own side’s legal scholars admit it, making this one inconvenient truth he can’t dismiss as the work of “right-wing extremists”).

Accordingly, he neglects to mention the other bits of evidence I presented: Garland’s ties to Justice William Brennan, who voted for Roe, the vast majority of his law clerks going on to other pro-abortion judicial activists, Obama’s admission that Garland would make decisions based on factors other than the text and authorial intent and that he wanted a judge deferential to precedent (such as Roe), and NARAL welcoming Garland’s nomination. Since I wrote that we’ve also learned that Garland has sided with the Obama Administration’s unconstitutional contraception mandate, and there’s also Obama’s 2010 doublespeak confirming that while he says he doesn’t have an abortion litmus test, he totally does:

Obama also said there would be no “litmus test” on abortion. But, he added, “I want somebody who’s going to be interpreting our Constitution in a way that takes into account individual rights, and that includes women’s rights.”

We’re all for women’s rights, but the only time that doesn’t go without saying is if you’re using it as code for abortion.

As for his claim we find it “controversial that a president fulfilled his constitutional duties to appoint jurists to the bench”—no, Brian, read it again. We object to the illicit constitutional philosophy underlying his picks. His “constitutional duty” is not to pick whoever he wants for whatever reason he wants, as if there being nine judges at any given time is the most important thing. His duty, per his oath of office, is to pick judges that will “preserve, protect and defend the Constitution of the United States.” For reasons you read but apparently didn’t feel like writing about, Obama’s judicial criteria can do nothing but undermine the Court’s mission.

That leaves us with his complaint that I highlighted Garland’s praise of Blackmun, specifically his 2005 remarks that the public release of the late Roe author’s papers was “a great gift to the country.” Granted, praising the historical value of a historical figure’s documents isn’t necessarily praise of the man himself, but taken in the context of the other aforementioned warning signs, praise as dramatic as “great gift” is cause for concern. Besides, we wouldn’t be in the position of having to infer Garland’s views in the first place if Obama was simply open about what he wanted for the judiciary.

Finally, Tashman also blasts other commentators for raising this point:

As such, all they are left with is the historically inaccurate talking point that the Senate has a “tradition” of refusing to confirm Supreme Court nominees in the final year of a president’s term. Since anyone who performs a simple Google search about past confirmation votes can easily debunk the GOP’s claim, it is hard to see how much longer they can trot this one out.

Yes, let’s Google, shall we?

According to the Congressional Research Service, the last election-year Supreme Court nomination was 47 years ago, when Chief Justice Earl Warren resigned less than six months before the 1968 election… and a replacement wasn’t confirmed until after the election. The most recently a nominee was confirmed in an election year was way back in 1932, when Justice Benjamin Cardozo was named to replace retiring Justice Oliver Wendell Holmes Jr.—and even then, President Herbert Hoover agreed to nominate the widely-respected Cardozo despite not sharing his political views.

So, at the risk of disappointing the folks at Right Wing Watch, the only things pathetic and false here are their attempts to run interference for Obama’s attempts to rig the Supreme Court to insulate abortion and the rest of his legacy from the voters.