In any serious moral calculus, people must consider some basic questions. 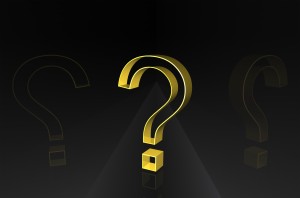 The abortion debate rages on because the two sides disagree on what kind of harm abortion poses to whom, but basic decency dictates to humane people of all political stripes that harm is generally something to be avoided. In the past, I’ve argued that when people are uncertain about the precise status of the unborn baby, that uncertainty should compel them to err on the side of caution, and oppose abortion to avoid the possibility of murdering children. Today, I’d like to expand upon that concept.

In any serious moral calculus, people must consider some basic questions: What if I’m wrong? If I’ve made an error somewhere along the way, what would that mean for the consequences of my decision? Would those consequences outweigh the toll of my opponents’ position? Whatever their leanings, decent people should put maximizing good and minimizing harm at the heart of their decision-making processes when it comes to ethical conundrums.

Hopefully, subjecting both sides of the abortion debate to this test will prove extremely illuminating.

If pro-lifers are wrong, and the entity developing within a mother’s womb is not a live human being and has no soul, essence, or rights, then forbidding abortion would be pointless and would needlessly force millions of women to endure the hardships of pregnancy and delivery against their will. Those who chose to keep their babies after birth would have the rest of their lives drastically changed. A small percentage of these pregnancies would be due to rape.

This is a significant toll, no doubt, and pro-lifers shouldn’t take it lightly. Nor should we exaggerate it, however. Rape aside, none of these women would be forced to become pregnant in the first place. The power to choose sex and evaluate the consequences of their actions and the reliability of their partners would still be theirs. Nobody would prevent them from acquiring or trying whatever non-abortive birth control methods they choose. And in the event of a life-threatening medical complication, nobody would deny them life-saving treatment that would risk the fetus’s destruction.

If pro-choicers are wrong, on the other hand, and the baby is a person every bit as human and valuable as the rest of us, then over fifty million state-sanctioned murders have occurred since Roe v. Wade. Pro-choicers would be culpable in one of the worst atrocities in the history of Western civilization. Mass violence and death, the suffering of the babies old enough to feel pain, the abandonment and sexual abuse abortion helps facilitate, and the physical, mental, and emotional harm done to women who’ve been led to believe that abortion is far more casual than it really is…all of that has been enabled by pro-choicers’ votes and voices.

Which scenario holds the greatest potential for harm? It’s no contest.

It’s understandable to be uncertain about some of the heavier philosophical and theological concepts surrounding personhood, and uncertainty can be fertile ground for appeals to moral relativism to take root in. But when considered logically and paired with the elementary ethical principle of minimizing potential harm, uncertainty should only strengthen one’s commitment to act with caution and restraint.

As Jonah Goldberg put it in a 2007 column grappling with his own doubts about the sanctity of life:

In death-penalty cases, “reasonable doubt” goes to the accused because unless we’re certain, we must not risk an innocent’s life. This logic goes out the window when it comes to abortion, unless you are 100-percent sure that babies only become human beings after the umbilical cord is cut. I don’t see how you can be that sure, which is why I’m pro-life — not because I’m certain, but because I’m not.