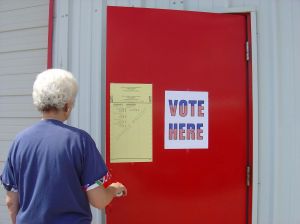 With the 2010 elections just a few weeks away, it is important for us as prolife voters to inform ourselves about the various candidates’ positions on life issues, and the ways they can influence public policy when it comes to defending the right to life in those offices.

When it comes to candidates for governor, U. S. representatives and senators, usually their positions on at least some life issues are stated on their websites, or they have been interviewed by a number of organizations that have published their responses to such issues.

Oftentimes, elected officials at lower levels are seen as less important when it comes to prolife issues, but that couldn’t be further from the truth! They may not “vote” on legislation that will affect the unborn, but that does not mean that they are not in a position to play a critical role in defending life. It is important to be informed about what these job descriptions actually entail, to vote to fill them carefully, and, as their constituents, to hold those elected accountable. Here are just a few things to consider about some of these offices, and how they may influence public policy on issues that are important to you as a prolife voter.

It is the state attorney general that investigates and disciplines when state laws are being broken at the corporate level. For example, after Live Action produced the video revealing that Planned Parenthood in Birmingham was covering up statutory rape, it was the attorney general of Alabama that put the clinic under probation and began a more thorough investigation of the clinic’s defiance of state law. Are the candidates for attorney general in your state going to hold abortion clinics accountable for similar violations?

The state controller manages public funds and serves as the state’s accountant and bookkeeper and should be making sure that state funds distributed through them are properly accounted for. Planned Parenthood receives a very large amount of funding from many state programs, and they JUST published their 2008 annual report. It’s almost the end of 2010. Does your state controller know what happened to that money? And if in fact those funds have been grossly abused, what are they doing about it?

In states where there are no laws regarding parental involvement when a minor seeks an abortion, the school board trustees play a critical role in drafting the policy for a school district about parental consent and notification in regards to students leaving the school for abortions. If you live in one of those states, do you know what your school district’s policy is, and how the board members would vote on changing or keeping it?  Will they support students’ rights to wear prolife T-shirts or speak out against abortion at school, if students happen to be unjustly penalized for doing so?

Will the candidates for mayor and the city council be supportive of local crisis pregnancy centers or maternity homes? Oftentimes these centers receive no funding from the local government because of their tax status, but that does not mean the mayor cannot use his position to make known and express appreciation for the work that they do, which is publicity that, in the first place, lets people know that those resources are there, and also garners financial support for their work.

If you choose to write to these candidates about their positions, express that you know what their role in life issues is. Keep letters to candidates short and to the point. Most likely, the response that you get will be a form letter, and if your letter is long and addresses too many different issues, it’s possible that the form letter you will be sent will not really answer your primary question.

By being specific, you are also showing that individual that you will be holding them accountable during their term—you will be paying attention to what they do and the decisions they make, and you will vote accordingly in the next election. If your letter gives the impression that you don’t understand what powers and responsibilities their position entails, it will probably not be taken as seriously as one that demonstrates that kind of awareness.

If you ask a general question about whether or not they are prolife, there is a good chance that you will get a general answer. They may express that they are prolife to try to appease you, but not really give a clear idea of how that is going to affect their public policy. Our representatives are there to represent us, to act in our place, in their respective positions to ensure justice and if they aren’t going to do that as elected officials, then they are not doing their jobs, and we shouldn’t be allowing them to represent us.

Never forget that when you step into that poll booth on November 2nd, there are hundreds of thousands of unborn children that cannot vote for anyone to represent them, to defend their basic right to life. They are counting on you to be their voice, to vote for them. Vote for life!