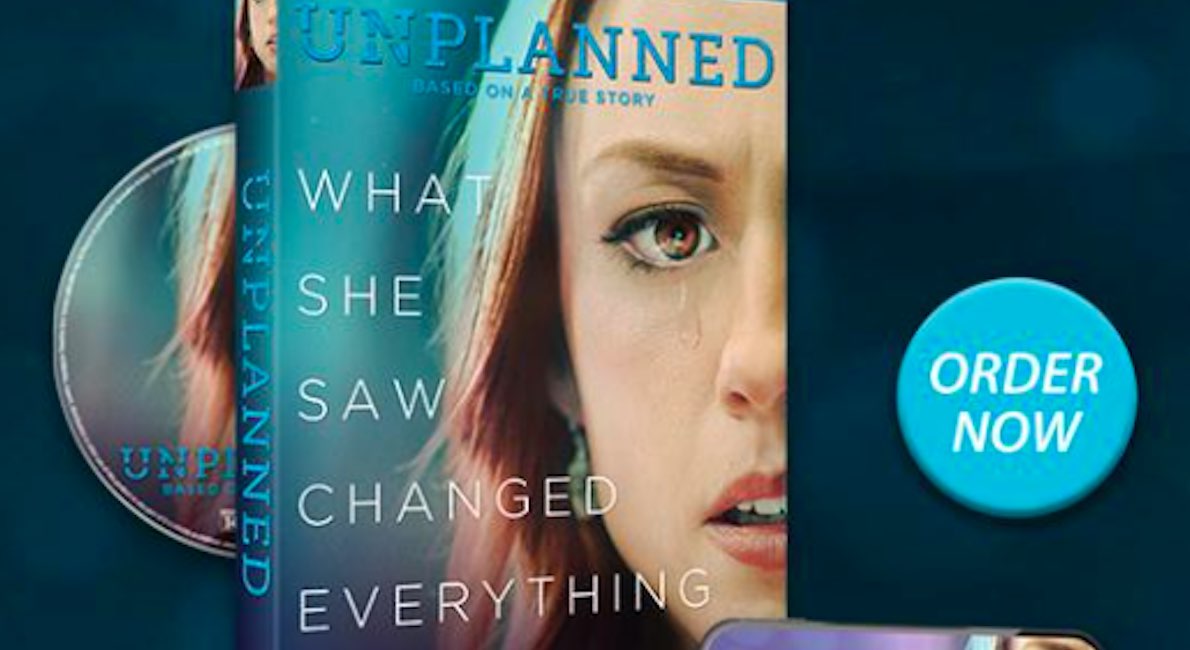 The movie about former Planned Parenthood’s director Abby Johnson’s conversion to the pro-life position, “Unplanned,” has faced controversy and an uphill battle from the beginning, even before it was released. However, despite this, the movie grossed much more in box office receipts than expected in the United States. In Canada — where it almost wasn’t allowed to premiere at all due to threats made against movie theater operators and their families — the movie still reportedly had packed houses before theaters decided they were done with it, and chose to end the film’s run despite the box office sales. Australia will be the next country to show the film, followed by several others. And this week, the film is being released on DVD and digital download.

Get it here! Use promo code: LIVE ACTION

The film has had a profound effect on many people. When a family member and I went to see it, I had no idea that I would react so viscerally to the film’s abortion scene, watching a CGI depiction of a 13-week preborn baby struggling against the abortionist’s tools. I had to look away, even though I have seen footage of actual abortions before. My family member broke down in tears of grief and horror. The scene portraying Johnson’s own experience of a medication abortion, passing large clots in her bathroom, was stomach churning for us both.

Abortion is jarring. It should horrify us.

And that’s why this film is so important for people to see. Abortion isn’t something most people think about on a regular basis. Yet, it is happening in our communities every single day, and in our country thousands of times per day. Our Supreme Court says this killing is legal. Democratic politicians want federal taxpayers to be forced to fund it. Some state governments fund it already. Planned Parenthood, Johnson’s former employer and the nation’s most profitable abortion business, commits more than 330,000 of these ‘legal medical procedures’ every year, and it receives about half a billion dollars every year in taxpayer dollars. As Live Action News reported just a few months ago, over half of Planned Parenthood’s non-government income comes directly from its abortion “services.”

READ: ‘Unplanned’ star shocked by mother’s revelation: ‘I was going to abort you’

Within the first two weeks of the film’s U.S. release, nearly 100 abortion workers reportedly reached out to Johnson’s ministry, And Then There Were None, for help in leaving their jobs in the industry. In addition, during the same time frame, calls to the Abortion Pill Rescue Network, which links women to doctors who provide abortion pill reversal, increased by 30 percent. Hundreds of women seeking abortion pill reversal have gone on to have healthy babies.

How many more hearts and minds will be changed with the release of the DVD, which pro-lifers can freely show in their homes, share with friends, share with their church groups, and more? The impact could be incalculable.

You can get the DVD or digital download here at this link: SeeUnplanned.com. Use promo code: LIVE ACTION.