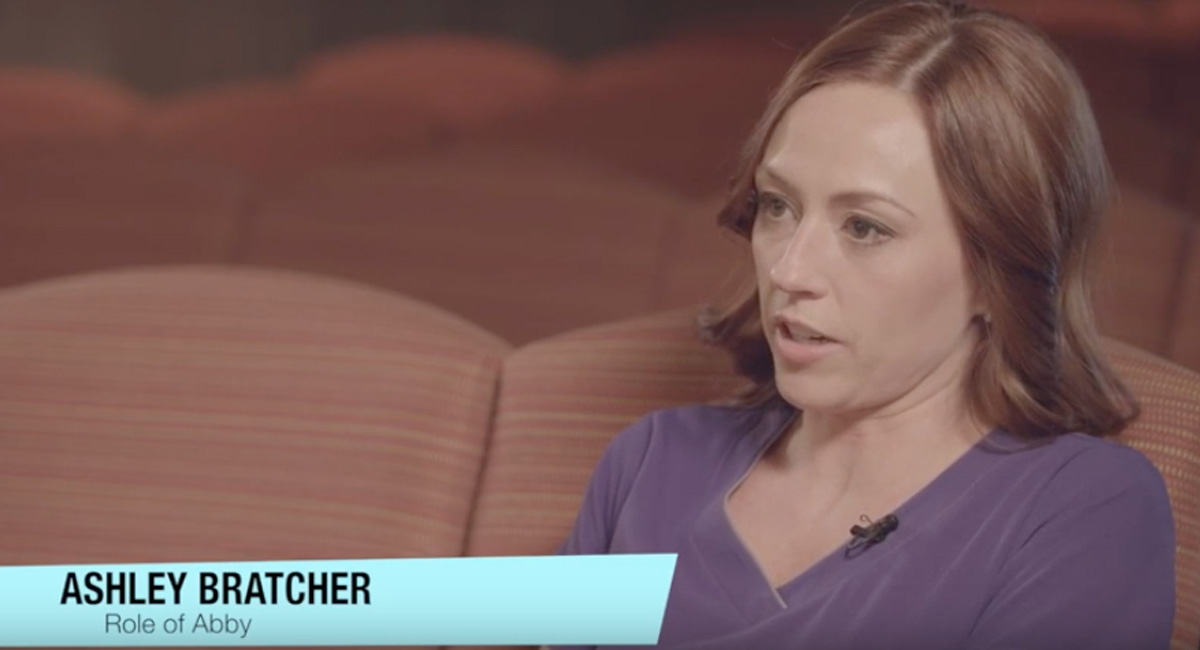 In a column released by Fox News on Saturday morning, actress Ashley Bratcher, who plays Abby Johnson in the biopic drama Unplanned, revealed that she learned something startling about her own past after she signed onto the production.

Shortly after arriving in Oklahoma for filming, Bratcher received a phone call from her mother.

“As I began telling her Abby’s story, I heard her fall apart,” Bratcher recalls. “Her voice broke as she said, ‘I need to tell you something that I’ve never told you before.’ Through tears she confessed, ‘I was going to abort you.'”

Bratcher’s mother, who was 19 at the time, had already experienced the anguish of abortion at age 16 but felt pressured to consider it again due to youthful circumstances.

“Later that night I called my dad,” Bratcher adds. “It wasn’t an easy conversation to have. I pleaded, ‘Is this true? Why didn’t someone tell me?’ He confirmed the details of the experience. They agreed they were too young to have a baby. ‘We didn’t have enough money so I pawned a shotgun so we could pay for the abortion.'”

But while sitting in the exam room of the abortion facility, Bratcher’s mother had a change of heart. “I was at the clinic sitting on the table when the nurse who was very pregnant came in to talk to me,” she told Bratcher. “I felt sick. I couldn’t do it. I got up and walked out.”

“I don’t know how to put in words what it feels like to learn you were seconds away from never existing,” writes Bratcher.

“You being there making this movie is proof to me that God is so real,” Bratcher’s father told her through sobs. “That he has a plan for your life.”

Bratcher hopes that her story as well as Abby Johnson’s will give women the strength to heed their consciences.

“I’m so grateful that my mother believed my life was more valuable than the price of a shotgun, that the money intended to end my life was used to give me life,” writes Bratcher.

“I’m grateful that God, through his providence, planted me here to tell my story and that I have the privilege of sharing this film with the world.”