This month, over 6,000 people shared an image of a newborn baby moments after his or her delivery. While every newborn is worthy of an amazing first photo outside the womb, this one was different. This particular child survived an abortion thanks to a pro-life doctor who knew exactly what to do to reverse the effects of the abortion pill — something the abortion industry claims is impossible, and even dangerous.

In an interview with Pregnancy Help News, Dr. Brent Boles shared the story of the baby in the viral photo. The baby’s mother, called “Brianna” to protect her identity, went to her local Planned Parenthood where she was given the first of the two dose abortion pill regimen: mifepristone. This pill blocks the progesterone receptors, thereby reducing progesterone levels in the mother’s blood. Progesterone is necessary to sustain the pregnancy. The second pill, misoprostol, acts to induce labor. When only the first pill is taken, there may still be time to save the child.

READ: Amazing: Over 500 babies saved thanks to abortion pill reversal

Brianna regretted taking the abortion pill and found Abortion Pill Rescue online. She contacted the 24-7 helpline at 1-877-558-0333 and was put in contact with Boles that same day. She was given progesterone almost immediately. Boles monitored her throughout the rest of her pregnancy and delivered her healthy baby. With the photo of the baby’s birth, Boles wrote:

Recently I did this delivery, and am sharing the picture with the patient’s permission. You see, when a woman takes the abortion pill, she often immediately regrets it. This patient did exactly that. The abortion providers will lie and tell people that there is no way to reverse it. That is not true.

Heartbeat International manages the Abortion Pill Rescue helpline and works with a network of over 500 pro-life doctors ready and willing to help a woman who regrets taking the abortion pill. The success rate stands at 68% if started within 72 hours of taking the pill. Over 500 babies have been born healthy after abortion pill reversal and another 100 are currently now safe in their mothers’ wombs — babies like these:

Baby Gabriela was born in September of 2018 after her mother found Abortion Pill Rescue. She had gone to Planned Parenthood and Kaiser hospital seeking an abortion and was given the first pill.

“I remember when I went home… now I was sad,” she explained. “I feel guilty. Nothing made me happy. I was crying the whole night.” The next morning she called Kaiser Hospital to say she did not want to go through with the abortion, but they told her she had to take the second pill and complete the abortion. Thankfully, she refused to believe this and found Abortion Pill Rescue. 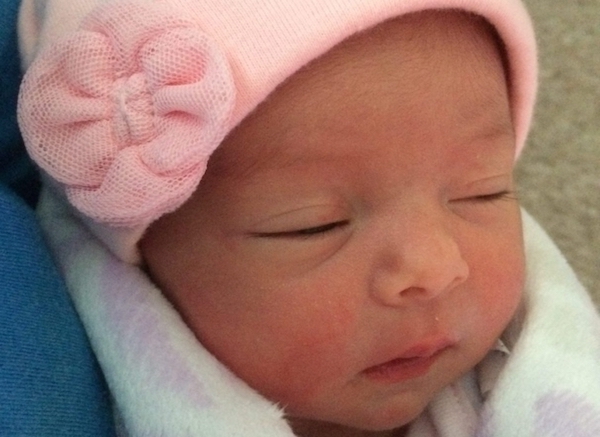 Baby Giselle is another of the hundreds of babies saved from the abortion pill. Giselle’s mother had been abandoned by Giselle’s father, and regretted taking the first of the two dose abortion pill. Before her abortion, she had been told about abortion pill reversal from Abundant Hope Pregnancy Resource Center in Attleboro, MA, and she called the hotline for help.

“Both mom and baby are in perfect health and doing wonderfully,” the pregnancy center announced after Giselle’s birth. “And her 3 older brothers are completely smitten with their new sister.”

Rebekah, who chose abortion reversal for her son Zechariah.

Becky was in a struggling marriage and was attending college when she discovered she was pregnant with her second child. Afraid of losing support from her family, she went to Planned Parenthood and took the first of the abortion pill drugs. She quickly regretted her decision and called Abortion Pill Rescue. The abortion pill reversal procedure was successful and Becky gave birth to a healthy baby boy, whom she named Zechariah.

Women have a right to know that once the abortion pill process has started, it is sometimes possible to stop it, despite the abortion industry’s claims otherwise. Those who truly care about actual choice will do what they can to help women, like the mothers of these healthy babies listed above.

Abortion pill reversal isn’t guaranteed, but as Boles said, “it is worth the effort.”