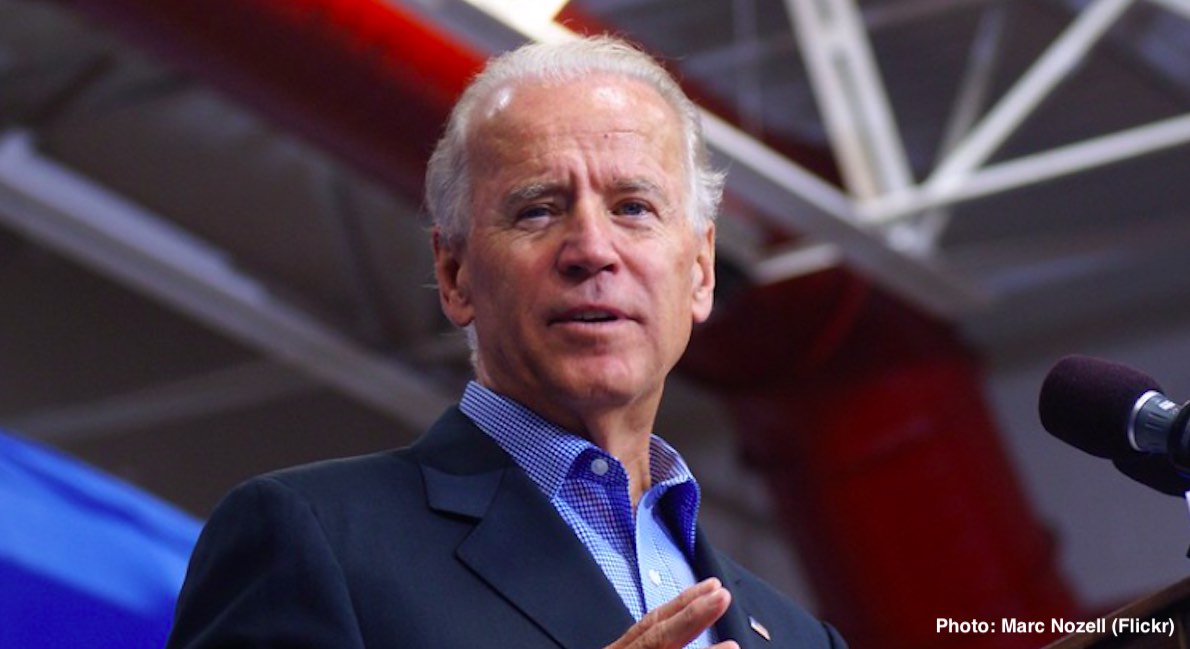 On Tuesday, a question to Joe Biden concerning the Hyde Amendment prompted a slew of support from 2020 Democratic presidential candidates. After the presumed front-runner for the Democratic nomination voiced support for the amendment, initially saying through his campaign that “the Hyde Amendment does not prevent organizations in the U.S. that provide lifesaving health care services for women from receiving the federal funding they need,” he was heavily criticized, both directly and indirectly, by other candidates on the campaign trail.

Bernie Sanders tweeted that his Medicare for All program would support unlimited access to abortion. Beto O’Rourke also leaned on the necessity of abortion for minorities and poor Americans, and thus the supported a repeal of the Hyde amendment. Elizabeth Warren has promised she will “lead the fight” to have it done away with. “Repealing the Hyde Amendment is critical so that low-income women in particular can have access to the reproductive care they need and deserve,” said Senator Kirsten Gillibrand, another Democratic 2020 candidate. “Reproductive rights are human rights, period. They should be nonnegotiable for all Democrats.” This is what these candidates mean when they say “reproductive rights.”

Cory Booker called it “a threat to reproductive rights that punishes women and families who already struggle with access to adequate health care services.” But in the video below, Booker also makes false statements about the Hyde Amendment, claiming it “restrict[s] our ability to make investments in radical things like birth control….” Actually, the Hyde Amendment is a rider that has been added to every appropriations bill since 1976, which states that federal funds cannot be used to pay for abortion. In other words, it prevents people from using taxpayer-funded Medicaid to pay for abortions.

The Hyde Amendment is a threat to reproductive rights that punishes women and families who already struggle with access to adequate health care services. pic.twitter.com/oxza4Odg8t

Caving to pressure, Biden quickly flip-flopped, voicing his sudden opposition to the policy on Thursday. Speaking at a campaign event in Atlanta, he agreed with other candidates that abortion is healthcare that impoverished Americans and minorities “need.”

“I can’t justify leaving millions of women without access to care they need and their ability to exercise their constitutionally-protected right,” said Biden. “If I believe healthcare is a right, as I do, I can no longer support an amendment that makes that right dependent on someone’s zip code.” There are reports that actress Alyssa Milano, a personal friend of the Biden family, called the campaign to put pressure on Biden to change his mind, as did one of his senior advisers, Symone Sanders — not to mention pro-abortion groups like NARAL Pro-Choice America.

READ: Pro-abortion Democrats again attempt to do away with Hyde Amendment

According to a 2016 report by the Charlotte Lozier institute, the Hyde Amendment is responsible for saving 60,000 lives every year. Over the 43 years it has been enacted, that amounts to over two million people who are alive because of the Hyde Amendment. Of course, to abortion supporters, that means there are over two million “unwanted” people walking around because their parents couldn’t afford to have them killed before birth.

– Prevents tax $ from funding abortion
– Has been passed yearly for 40+ years
– Has saved 2 million children
– Saves 60,000 children yearly
– Is supported by the majority of Americans

Any attempt to repeal the amendment is cruel and grossly out of touch.

Multiple polling sources show that a majority of Americans support the Hyde Amendment, and its international cousin, the Mexico City Policy, which prevents taxpayer funding from supporting abortions in other countries, as well. Even a significant amount of Democrats, who have a “right” to abortion in their party platform, oppose taxpayer funding for abortion. Despite this, pro-abortion politicians have tried for years to repeal the Hyde Amendment.

Repealing the Hyde Amendment would cause an immediate political & societal loss.

Democratic candidates have made their position clear when it comes to the Hyde Amendment: they stand apart from Americans when they declare that taxpayers should pay for abortion on demand, without restriction. They disagree with most Americans and believe that the Hyde Amendment, after saving millions of lives, should save no more.