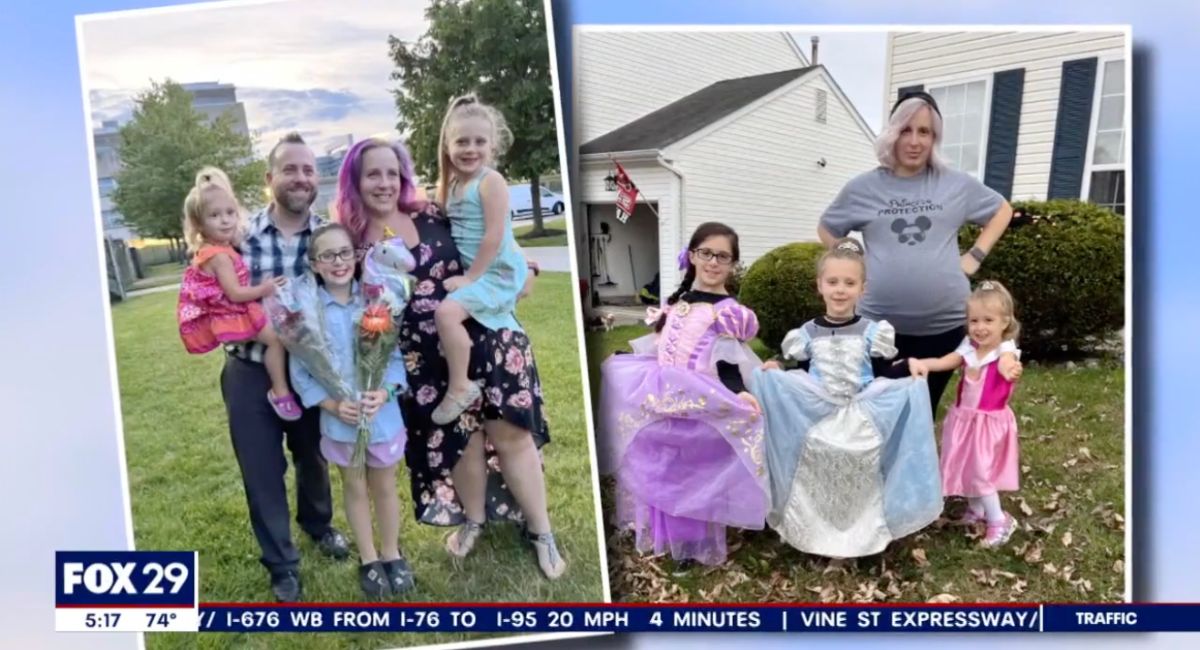 Learning she had cancer while pregnant, 37-year-old Danielle Boudouris was terrified. She was 24 weeks pregnant when she was diagnosed with triple negative aggressive breast cancer, and she burst into tears when the nurse revealed the diagnosis. But her team of doctors jumped into action to provide her with the cancer treatment she needed without advising her to abort her baby.

“When the woman on the phone said ‘we found cancer’ I was instantly in tears,” she told FOX 29. She had known women who had abortions because of a cancer diagnosis. Boudouris began chemotherapy right away, and her doctors have been closely monitoring both her and her baby. With four rounds of chemotherapy down, she will continue treatment after the baby is born.

Knowing that many women in her position are encouraged to abort their children, Bourouris has been grateful for her doctor and care team. Dr. Elcye Cardonick is the go-to doctor for women who learn they have cancer while pregnant. She created a cancer and pregnancy database that records cases of women who are diagnosed with cancer during pregnancy, including the outcomes, with the goal of improving cancer treatment for pregnant women.

“We’re not just sending Danielle off to get chemotherapy, we’re watching the growth of the baby every month, and if at some point we saw the baby wasn’t growing well, we’d have to have a discussion with the oncologists,” Dr. Cardonick said.

Dr. Cardonick notes that many pregnant cancer patients pursue abortion based on the lack of information on treating cancer during pregnancy, but research shows that negligible amounts of chemotherapy drugs are passed to the unborn baby. Her website states, “Because of the lack of data on pregnancy and cancer treatment outcomes for mother and child, women decline cancer treatment during pregnancy, termination of pregnancy is recommended by their doctors, or women are encouraged to deliver their newborns prematurely in order to begin cancer treatment postpartum.”

She explained that as more women put off pregnancy until an older age, the number of women facing cancer during pregnancy has been increasing.

Abortion advocates champion abortion as a necessary in medical situations such as cancer, despite the fact that the American Cancer Society states that while cancer treatment is more complicated during pregnancy, women can still safely receive treatment while pregnant, including chemotherapy in the second and third trimesters, and “ending the pregnancy is no longer routinely recommended when breast cancer is found.”

Intentionally killing a preborn child through abortion is never medically necessary. Live Action News also recently reported on a young woman named Jessica Hanna who was diagnosed with Stage 4 terminal breast cancer while pregnant with her fourth child. Doctors recommended an abortion, and Jessica refused, knowing that killing her preborn child would not improve her prognosis. Unlike Hanna, many women are unaware cancer can be safely treated while pregnant and believe abortion is their only option. Hanna gave birth to a healthy boy and is now in remission.