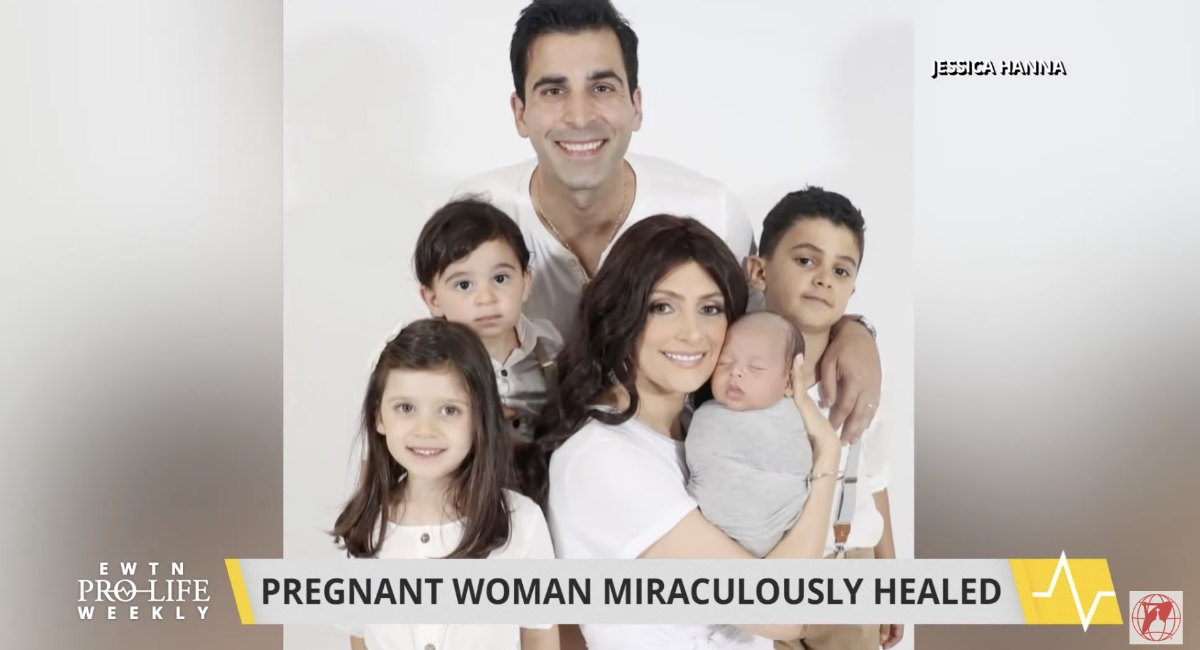 Abortion advocates frequently claim that women need access to abortion in case of medical emergencies. Yet even in the case of many serious health issues, deliberately killing one’s preborn child isn’t necessary. The latest example of this is a young woman named Jessica Hanna, who fought not only for her life, but for that of her son as well.

Hanna spoke to EWTN about her pregnancy journey with her fourth child. Before she was pregnant, she noticed a dent in one of her breasts, but doctors shrugged it off as being benign. After getting pregnant, the dent remained, and Hanna pressed her OB/GYNs to check it again, where it was finally diagnosed as cancer. Though they originally believed it was just a small tumor, it was discovered to be Stage 4 terminal breast cancer.

“This was God calling me to something so big,” she said. “It was just a journey of, ‘Wow. Now you’ve talked the talk — the pro-life talk. Now you’ve become the woman everybody uses in their arguments — what if the woman’s life is in danger? And now it’s time for me to walk the walk.’”

A devout Catholic, Hanna refused when doctors repeatedly told her to have an abortion. Instead, she went through chemotherapy during the pregnancy, praying after each treatment at the tomb of Blessed Father Solanus Casey. She also prayed for the intercession of St. Gianna Molla, who also refused an abortion when diagnosed with a life-threatening illness during pregnancy.

“Many people are not aware chemotherapy can be actually quite safe during pregnancy,” she said. “I chose the middle road that I would do some chemotherapy with some modifications, and she was a big inspiration for me.”

According to the American Cancer Society, studies have found that abortion during pregnancy does not improve a woman’s prognosis, and recommendations to do so are often given because doctors are unaware it is safe to treat a woman’s cancer during pregnancy.

During Hanna’s pregnancy and chemotherapy treatments, she created social media accounts to share her experience, and offer her suffering for the prayer intentions of her followers.

“I thought no suffering should ever go to waste,” Hanna said. “I don’t know where God is taking me. Is he going to take me to the path where I need to show people how to die gracefully, with his grace and mercy? Or is he going to show a miracle? I decided to use the social media that no matter what you think is going to happen, it’s trust in God that is the most important … That you are going to abandon your own desires and wants and you’re going to leave it at the foot of the Cross and let him take care of it.”

After giving birth to a healthy boy, who she named Thomas Solanus, her scans were clear, meaning her once-terminal cancer is now considered curable. It did not spread to any other organs or lymph nodes, and she was in remission. And she credits her son with her miraculous recovery. “He’s the one that actually saved my life,” she said.” Because if it wasn’t for me getting pregnant, I wouldn’t have double checked it.”